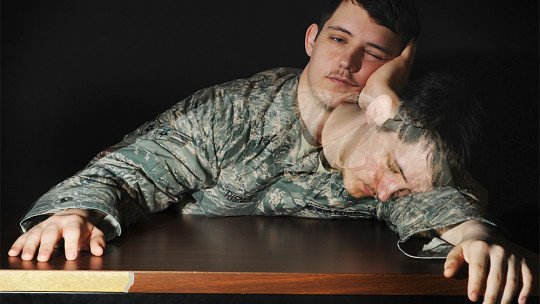 Many people think that little sleep has no major consequences, beyond causing a feeling of fatigue that can be quite bearable for some people. However, lack of sleep causes alterations in the functioning of the brain that are not always easy to detect but are associated with serious long-term problems.

A recent study carried out at the Polytechnic University of Marche in Italy provides relevant information on this fact. According to the authors, poor sleep can cause a substance called glia to “eat” healthy neural connections (so-called “synapses”), affecting neural connectivity and increasing the risk of developing neurological disorders such as dementia. Glia is made up of cells of the nervous system called glial cells that normally ensure that everything works as it should, but certain disorders seem to modify their behaviour.

In order to understand the findings of this research it is necessary to be clear about the functions of glial cells in the nervous system. The study focuses specifically on the role of two of them: astrocytes and microglia.

Glial cells or neuroglycemia are specialized in providing support to neurons , which are very effective in neuronal transmission but highly limited in other ways. Different types of glial cells provide a solid structure to the neurons, accelerate synaptic connections and maintain the balance of the extra-cellular environment of the nervous system.

Astrocytes are a type of glia that are located in the central nervous system, that is, in the brain and spinal cord. In addition to being part of the blood-brain barrier that nourishes and protects neurons, astroglia eliminates unnecessary synapses to promote the regeneration of damaged tissues.

Microglial cells, or microglycules, are also located in the central nervous system. They are considered part of the immune system because of their ability to phagocytize (“eat”) waste products and damaged cells, which is very important in protecting the body from pathogens, infections and other threats.

The study of Bellesi and collaborators

The research team from the Université Politechnique de Marche, led by Michele Bellesi, studied the effects of lack of sleep in mice by comparing the brains of three sets of experimental subjects using three-dimensional measurement and representation techniques.

The rodents in one of the groups were able to sleep freely. Those in the second group had been kept awake for 8 hours when they needed sleep, while those in the third group were deprived of sleep for a period of 5 days. The latter group was intended to simulate chronic sleep deprivation.

The study focused on analysing the differences in glial cell activity according to the degree of sleep deprivation, particularly that of astrocytes and microglia, which Bellesi’s team and other research groups had previously linked to brain degeneration.

The researchers found that the intensity of phagocytosis increased with that of sleep deficit . Thus, while astrocytes were active in 6% of the synapses of the mice that had been able to sleep, they were active in 7% in the mice with mild deprivation and 13.5% in the chronic sleep deprivation group.

On the other hand, Bellesi and his collaborators also identified an increase in the activity of the microglia. This may be even more relevant than the phagocytosis carried out by astrocytes, since the excess in microglial function is related to the development of neurodegenerative diseases , as we will explain later.

Background to this research

Previously, Bellesi’s team had found that the genes that lead astrocytes to initiate the phagocytic process are expressed more intensely in sleep-deprived conditions. However, until now they had not been able to demonstrate a direct connection between the activity of this glial cell and sleep deprivation .

Studies had also been published, both in rodents and humans, suggesting a causal relationship between poor sleep and increased inflammation of the nervous system. The research of Bellesi’s team provides the important data that this inflammation is due to an increase in the activity of the microglia.

This type of glia has received much attention from the scientific community because of the role of chronic inflammation in various neurodegenerative diseases, particularly Alzheimer’s and Parkinson’s. The functions of the microglia become destructive rather than regenerative when the amount of brain damage is excessive.

Synthetically, the results of this study suggest that the activity of certain glial cells is intensified in sleep-deprived conditions. These data in turn connect with the known fact that if astrocytes or microglia act in excess they can cause long-term damage to the brain .

In the case of the astrocytes, Bellesi’s team found that little sleep can cause them to phagocytize portions of healthy synapses in addition to irrelevant connections and waste products. This leads to a worsening of neural transmission that would become more pronounced the longer the sleep deficit is maintained.

The excessive activity of the microglia has been linked to neurodegenerative diseases such as Alzheimer’s dementia. This seems to be because the inflammatory responses provoked by this glial cell predispose to the development of greater damage if maintained for too long.