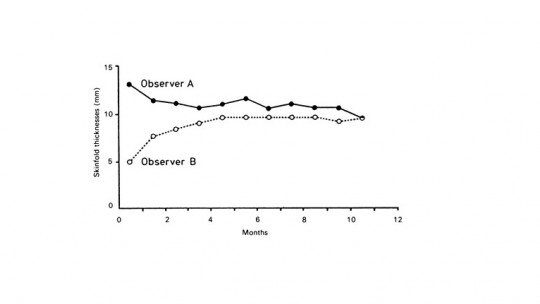 Longitudinal studies are a research method that consists of measuring a phenomenon through a given time interval. In this sense, they serve to analyze and observe in a sequential manner the evolution of a phenomenon or its elements. They are frequently used in research related to health sciences, as well as in statistics, psychology, sociology and education.

In this article we’ll see what a longitudinal study is , and what some of its main characteristics and uses are.

What is a longitudinal study and what is it for?

Longitudinal studies are a research method , which as such, is a structured set of procedures that allows us to obtain information on a given topic.

Specifically, the objective of the longitudinal studies is to obtain information about a process of change . They also serve to estimate incidents and anticipate risks. This can occur through the observation and measurement of individual patterns and their stability or modifications over time.

In other words, they allow estimates to be made of the rate of change over time, and in relation to different characteristics of the individual such as age or other conditions (Arnau and Bono, 2008).

In this sense, longitudinal studies have traditionally been considered as the research methods as opposed to transversal studies , which are based on momentary or fixed observations at a given point in time, although they are still related to each other.

Disciplines that use it and related studies

Longitudinal studies are especially used in health sciences, but they also allow to measure the evolution of certain phenomena in psychology, education, sociology or demography , to mention a few.

In relation to the above, another type of cohort study is the life tables. The difference between a life table and a longitudinal study is that the former makes a measurement considering only the beginning and end of the interval (that is, the phenomenon is observed twice, once at the beginning and once at the end, and the data are analysed from there). In contrast, in the longitudinal study measurements are made repeatedly (Delgado, M. and Llorca, J., 2004).

Likewise, when it comes to studies that are applied in the statistical field, they are also known to be a type of study of repeated measurements. They are so called because they are a type of study based on repetitive measurement, that is, they allow the observation of a certain number of occurrences of the phenomenon or of some of its characteristics in a specific time.

Depending on the specific field in which the longitudinal study is applied, it can be of different types. For example, we will briefly describe its characteristics in epidemiology and statistics.

The basis of the longitudinal study used in epidemiology is to know the disease experience of a population over time. They allow to know the transitions between states of health and disease , and to incorporate variables such as age or gender.

This is a study that consists of making more than two measurements over a period of time . In other words, it is not just about measuring one phenomenon at the beginning and another at the end, but about making repeated measurements of the phenomenon. In turn, this can be applied in different fields, for example in developmental psychology.

Design of this form of research

As is the case with all research methods, longitudinal studies are applied according to the specific objective that the research pursues. The description of the studies and the elements that make them up and that will allow them to be carried out is what we know as research design.

The design of a study is important because ensures that the methodology will correspond to the objectives and will make it possible to arrive at results that are consistent with them. In this case, longitudinal studies are used in research that aims to understand a process of change over time.

Although the specific design depends on the type of longitudinal study to be carried out, as well as the specific field of application, broadly speaking this type of research requires the following elements to be included:

Both in longitudinal studies and in other studies based on repeat measurements, there are two fundamental implications. The first is that there is a dependency between the number of times the phenomenon is repeated and the unit observed . In other words, the number of repetitions is the main criterion for explaining the phenomenon under study.

The second is that the circumstances or variable under which the phenomenon can be repeated often are beyond the control of the person investigating , so the data can often be incomplete.