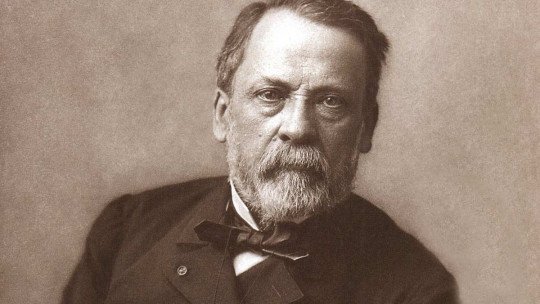 Louis Pasteur was an important French chemist and bacteriologist, who made great contributions to the field of science, and especially to the field of chemistry. He studied fermentation processes, discovered pasteurization and developed the rabies vaccine, among other findings.

For many, Pasteur was also the father of microbiology, a part of biology that studies microorganisms. In this article we will briefly review Louis Pasteur’s biography: his origin, trajectory, contributions, research, recognitions and death.

Louis Pasteur: who was it?

Louis Pasteur was a renowned French scientist, as well as a chemist and bacteriologist . He was born on December 27, 1822 in Dôle, Burgundy, (France), and died on September 28, 1895, at the age of 73, in Marnes-la-Coquette (also France). He spent his childhood in a small town called Arbois.

Louis Pasteur went down in history for his great scientific discoveries in the field of chemistry and microbiology in particular. He also made important contributions in the field of vaccines. 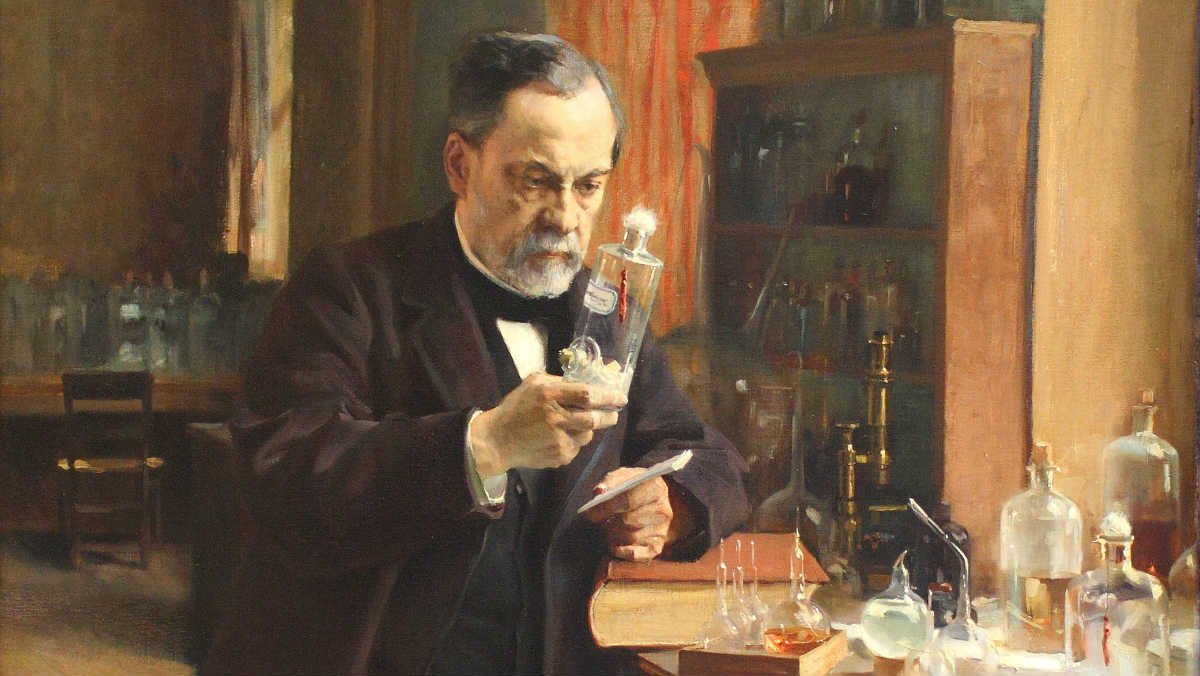 Louis Pasteur was the son of Jeanne-Étiennette Roquide and Jean-Joseph Pasteur. His father was a former sergeant under Napoleon.

As for his personal life, Pasteur married Marie Laurent in 1849 and had five children. However, three of them died as children from typhus, and only two of them (Jean-Baptiste and Marie-Luise) reached adulthood.

At the academic level, Pasteur obtained a doctorate in Physics and Chemistry from the École Normale de Paris. He then began working as an assistant to a chemist named Dumas.

He also started working in Dijon and Strasbourg, researching and teaching. Soon Pasteur began to be recognized for his research, and in 1843 he received the first prize for Physics from the Lycée Saint Louis.

A few years later, in 1854, Pasteur arrived at the University of Lille. There he was appointed professor of chemistry and dean of the faculty of science. In 1857 he became director of the Science Department of the Ecole Normale de Paris .

In the life of Louis Pasteur, discoveries and findings in the scientific field would soon begin to appear.

His first discovery was when he was only 23 years old, and it was about the optical activity of space isomers; as a result of this discovery, stereoisomery appeared, a term in chemistry that relates to the structural formula and the spatial arrangement of atoms.

Pasteur also studied alcoholic fermentation , a biological process of fermentation. He found a microbial origin in it, thanks to the discovery of a specific substance in it: amyl alcohol.

One of Louis Pasteur’s most famous discoveries, and one that bears his name, was that of pasteurization .

Through the study of fermentation, Pasteur discovered the following: when the wine was heated to 55ºC, its bacteria died, but its taste remained intact. This process was called pasteurization, and it was a salvation for the wine industry and others.

But pasteurization went beyond wine, as Pasteur’s research showed, also in the preservation of milk, for example.

The chemist observed how by heating the milk (increasing its pressure and temperature to approximately 80ºC) before bottling it, and then allowing it to cool quickly, he managed to eliminate the microorganisms and bacteria from the substance without altering its qualities or composition . This is what pasteurisation consisted of, and still does.

Louis Pasteur continued his research, and began working first at Arbois and then at Henri Marès de Fabrègues’ company.

What else did Pasteur discover? He discovered that lactic and alcoholic fermentations have different ferments. In addition, he also observed that there were certain germs that caused wine diseases, such as fat, bitterness or acescence (pitting of the wine or “acetic acid”).

Louis Pasteur’s work on “Études sur le vin, ses maladies” was published in 1866, after he had transferred the conclusions of his research to the Academy of Science a year earlier, in 1865.

Other contributions: the pebrine

That same year, in 1865, Pasteur left Paris, where he worked as director of scientific studies at the École Normale.

There they helped the silk industry in the south of France. They were just going through a crisis, as a silkworm disease, the pebrina, had spread and become epidemic.

What Pasteur did was to demonstrate that the pebrine, besides being contagious, was hereditary . This led him to conclude that they should select disease-free eggs to continue breeding them.

Pasteur’s discoveries and research had repercussions beyond the field of chemistry and bacteriology, reaching as far as medicine. Pasteur maintained that the same thing that happened in the fermentation processes, happened in diseases (as far as their origin and evolution).

In this way, he suggested that the diseases were caused by the action of certain germs , which penetrated into the body from the outside. He called this theory the “microbial theory of disease”. In fact, these claims were widely debated by scientists and physicians around the world.

Louis Pasteur also made contributions to the field of vaccines. Pasteur demonstrated that anthrax, a fatal disease of cattle, was caused by a particular bacillus (a type of bacteria).

As a result of this finding, he thought that a (mild) form of the disease could be induced in cattle by administering this type of weakened or deactivated bacteria. So he did so, in order to immunize cattle against the lethal attack of anthrax. His research and experiments yielded promising results.

Beyond the cattle, Pasteur also applied the vaccine to the human being . Thus, in 1885, he gave a vaccine to a young man who had been bitten by a dog with rabies. Through a treatment that lasted ten days, the young man was inoculated with the virus, recovered and healed. The rabies vaccine is still used today, and is effective in saving large numbers of people.

After a professional career full of great contributions and discoveries in the scientific field and especially in the chemical field, Louis Pasteur died, at the age of 73, in Marnes-la-Coquette (France) .

His death occurred on September 28, 1895, as a consequence of a cardiorespiratory arrest. To this day his legacy is still alive, his knowledge being passed on in schools, universities, institutes, research centres, etc.

As a curious fact, on Pasteur’s tombstone the following words can be read: “Happy is he who carries an ideal, an inner God, be it the ideal of the country, the ideal of science or simply the virtues of the Gospel.