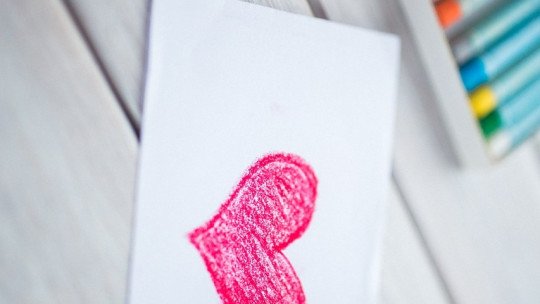 Starting a relationship is also about turning to some new habits and behaviors. This can be especially clear when we look at the nutritional habits of people in love or, rather, at the perception these people have of their habits when it comes to eating and caring for what they eat.

This is the research topic addressed by the Spanish Society for the Study of Obesity (SEEDO), which has addressed the relationship between being in a relationship or being single and the repercussions of this on the tendency towards overweight.

Love is fattening, or at least it seems to be

To this end, SEEDO promoted a survey study in which 2314 people participated, most of whom were middle-aged women (between 31 and 40 years of age). Of this population sample, 81% stated that there is a correspondence between the existence or not of a couple relationship , the phase through which this relationship passes and the different degrees of weight gain.

Some opinions on eating and dating

The results in terms of the amount of weight that respondents say varies depending on their relationship situation is, on average, 4.5 kg . Specifically, 4.5 kg. that are gained by the fact of moving on to having a partner and a well-established relationship.

The explanations given by the respondents focus on the opinion that the moment of active matchmaking also involves monitoring eating habits to provide an attractive image, while this need becomes less important once the relationship with another person has been formed.

73% of the people surveyed believe that the overweight factor affects quite a bit or a lot when it comes to finding a stable partner, while only 38% believe that this remains equally or more important when it comes to maintaining a consolidated relationship. In addition, 42% admit that during periods when they do not have a partner they try to take more care of their diet and eating habits. In this same line, 24% of people peck less in singles, and curiously 47% peck more just after breaking up with the relationship (especially sweet foods, who knows if with a compensatory effort for the reward system that works during infatuation and other addictions).

As we all know, when it comes to overweight, it not only affects what we eat, but also our habits to keep fit by exercising. When asked about this issue, 33% of people surveyed say they do more sport when they are single, and 35% do less sport once the relationship is over.

In addition, some of the respondents also associate this slight tendency towards overweight with episodes of stress and worry facilitated by the idyll.

Sleep is also no exception to this set of everyday changes that are affected by a boyfriend or girlfriend entering the scene. 36% say that they sleep a little less when looking for a partner, a percentage that is exceeded by the 44.5% who say they spend less time sleeping when breaking up with the other person.

As almost always and in all issues related to habits and social dynamics. This research was done through surveys, with questions prepared a priori and with little capacity to collect all the subtleties of the opinions expressed in it. Moreover, it is possible that there are differences between what the people surveyed perceive and reality . That is why in the future we hope to see more studies in which objective data are collected on the relationship between sentimental situation and obesity.