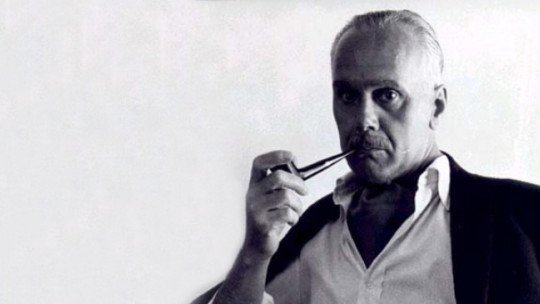 Luis Cernuda (Seville, 1902 – Mexico City, 1963) was an outstanding Spanish poet and literary critic, member of the so-called Generation of 27.

This Andalusian had a prominent role during the golden age of Spanish literature. A friend of Vicente Alexandre, Federico García-Lorca and Rafael Alberti, Cernuda’s poetry travelled from surrealism to political criticism.

He spent his last years in Mexico, where he developed his stage of conceptual poetry. Exiled from his native country because of the Civil War, he found love in the bodybuilder Salvador Alighieri, to whom he dedicated several of his poems.

In today’s article we will learn the best phrases of Luis Cernuda, as well as some of his verses and famous quotes that have gone down in history.

A great declaration of unconditional love.

2. My eternal madness, to imagine happy, dreams of the future, hopes of love, sunny days…

About his illusions of the future, which were partly shattered by the Spanish Civil War.

3. Security, that insect that nests in the flyers of light…

Far from the safety is the exploring, the living.

4. There, far away; where oblivion dwells.

From his play of the same name.

5. Return? Let him return who, after long years, after a long journey, is tired of the road and of greed, of his land, his house, his friends, of the love that awaits him on his faithful return.

Coming back is always nice, even if you leave a lot behind.

From the poem ‘To a Future Poet’, one of the most remembered.

7. Childhood ended and I fell into the world.

There’s a day when you wake up an adult, with responsibilities and debts.

8. I’ll say how you were born, forbidden pleasures, How a desire is born on towers of terror.

Verse by Luis Cernuda from his book “Peregrino”, from one of his most fundamental works: “Los placeres prohibidos”.

A great verse in which he shows us that without this feeling we probably don’t exist anymore.

10. If man could say what he loves, if man could raise his love for heaven like a cloud in the light.

A great verse about hidden love.

11. If I die without knowing you, I don’t die, because I haven’t lived.

Another extract from his work “The Forbidden Pleasures”, published in 1931.

12. It doesn’t make the dead person the wound, it makes the body inert.

13. Misguided delight. That beauty does not surrender its abandonment to any owner.

14. Freedom I know only the freedom of being imprisoned in someone whose name I cannot hear without a chill.

15. Fatigue of being alive, of being dead, with cold instead of blood, with cold that smiles at the insinuation of the dull sidewalks.

Great metaphor we can use to reflect deeply.

17. Cities, like countries and people, if they have something to say to us, require only a certain amount of time; after that, they tire us out.

One of Luis Cernuda’s most remembered and celebrated phrases.

18. Life in time is lived, your eternity is now, because later, there will be no time for anything.

About the immensity of life, if one knows how to live intensely.

19. If man could say what he loves, if man could raise his love for the sky like a cloud in the light.

A verse from his book “If man could say what he loves”.

20. In the far south I want to be confused. The rain there is but a rose half-opened; Its very mist laughs, white laughter in the wind.

Verse of “I wish I were alone in the South”.