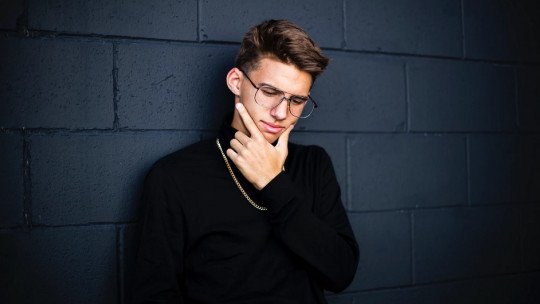 Practically everyone has certain macho beliefs. From the longest-serving feminists to the nicest doctors and philosophers with the most academic experience behind them. However, this is not strange: it must be taken into account that for most of history the human being has lived without questioning sexism .

However, when we speak of macho people we do not refer to the entire human species, but to those individuals who still maintain thought patterns in which beliefs anchored in sexism are not only very evident, but also rarely questioned.

Next we will see what are the defining characteristics of macho people and their thinking.

It is clear that sexism is out of the question, and that the concept of “sexist person” does not have to refer to the unchangeable essence of a man or woman. Although it is difficult, it is perfectly possible to move from embracing totally macho behaviour to reinforcing a much more egalitarian type of relationship.

However, to achieve this it is necessary, first of all, to know what the signs of machismo are that are visible in everyday life and on whose basis are beliefs linked to sexism. Below you will find a list of the main ones.

1. A woman is not complete if she is not a mother

Motherhood is understood as the high point where femininity is expressed. That is why women who decide to become mothers are seen either with disbelief or with bad eyes by macho people.

It is because of this belief that in some extremely conservative families young women suffer great pressure to have children as soon as possible , in view of the danger of passing their fertile life stage without offspring.

2. The woman is made to stay at home

This is one of the most deeply rooted beliefs in the mentality of macho people. It is usually not expressed literally, but is the idea behind other kinds of statements.

Many people have so internalized the idea that women are submissive that they see with incredulity the feminine leadership, the possibility that it is not a man who is in charge of a work team, especially if it belongs to the professional field with high added value. Paradoxically, this belief makes women’s capacity to lead to be damaged.

Under the belief that women like to receive compliments or to feel wanted, macho people take it for granted that some people make approaches that are not only unwanted and unsolicited, but are often clear cases of street harassment.

5. Defense of traditional roles because they are tradition

The simple fact that gender roles have existed for centuries is not a reason to oppose their questioning when it arises. However, macho people have an essentialist vision of what it means to be a man or a woman , and questioning these concepts generates anger and frustration in them.

The guilt of the victim in cases of gender-based violence is the definitive expression of machismo, since it reveals that even in cases where it is clear that a woman suffers simply because she is, the attacker is right and she is not.

Comments such as “she knew what she was being exposed to” or “she didn’t dress like that”, very common in cases of sexual abuse, are paradigmatic examples of how one tries to turn the situation around in order to put the spotlight on the person who has been attacked.

7. The feminine belongs to the family

Another typical attitude of macho people links them to the family as if they were an extension of the family nucleus . The idea that there are independent women with their own capacity to generate the income they need to subsist causes rejection.

This characteristic is, once again, a consequence of the fact that for millennia women have been confined to the domestic, the place where the family lives and reproduces. That is why it is natural for some parents to want to decide their daughters’ future by deciding for them.

From the perspective of macho people, the only way a woman can be linked to sex is as an object, not as a subject. It is rewarded that women accept their role as sexual objects for the consumption of others, but it is seen as bad that they live their own sexuality as subjects , that is, people who perform an action instead of receiving it from others.

The source of sexism is patriarchy

We must be clear that machismo is neither a political position nor anything like a mental disorder. Why? Because on the one hand, if we talk about machismo in individual people, we are referring to habits and beliefs that go far beyond the political ideology they may have, and on the other hand, it is a phenomenon too broad and complex to be reduced to mental problems of patients.

Male chauvinists are not so spontaneously , nor because they have decided on political goals that from a rational perspective convince them more than the rest. They are so because they have inherited a culture and a political, social and economic context that reinforces sexism and the supremacy of the male gender over the female. This context that reinforces sexist discrimination is called patriarchy.

Patriarchy is a set of material, relational and psychological conditions that make women victims of discrimination because of the sex they belong to. It is the root of the existence of machismo people, and the reason why progress in favour of women’s rights costs so much.

In short, to believe that someone becomes a sexist in the same way is like assuming that the place where one is born has nothing to do with the possibilities of following one religion or another: it is necessary to take into account the context in which one lives.