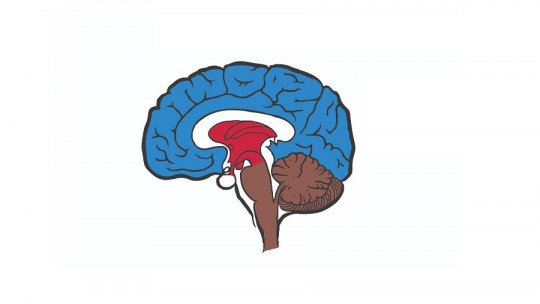 MacLean’s theory of the triune brain proposes that the human species, throughout evolution, has been changing in terms of its brain morphology, but instead of seeing it as a global and unified process of change, it describes it as a process in which new and independent brain structures emerged, each operating with its own individual characteristics.

In this article we will review what exactly Paul MacLean’s theory of the triune brain is, and see why it is not valid for the scientific community.

What is MacLean’s triune brain theory?

According to MacLean, in his book The Triune Brain in Evolution , our current brain is the sum of a process of superimposition of layers , which appeared consequently with the passing of the milleniums and settled one on top of the other, but without the previous ones ceasing to exist.

Thus, MacLean’s theory of the triune brain states that each of these structures has its own individual functioning logic, and very different from the other layers, taking into account that the upper layers are the most evolved.

Let’s see below what these layers are according to the triune brain theory.

This would be the first of the three layers that exist in our brain, and represents the most basic instincts of the human species ; hunger, sexual reproduction, sleep, survival and fight instinct.

This brain would be composed of the first structures to appear, which are the basal ganglia, the brain stem and the cerebellum. All these structures are located in the lower part of our brain .

The adepts of this theory affirm that the reptilian brain contains a great amount of information in its individual memory; this information would be conformed by ancestral rites and esoteric beliefs without any type of scientific foundation.

This second structure, or second brain, according to the theory, would be in charge of all the sensations we experience when we perform some activity . For example, when we eat something we like very much, when we have sex with a person we like, or when we enjoy a beautiful landscape.

These emotions are in charge of the limbic system, which supposedly according to the theory of the triune brain is the next structure of the nervous system to evolve after the appearance of the reptilian brain.

This layer is composed of the cerebral amygdala, septum, hypothalamus, cincture cortex, and hippocampus.

This layer is the most recent in terms of human evolution, it is also known as the modern brain. It’s unique to mammals.

The neocortex deals with everything related to abstract thinking, logical and rational thinking , apart from the complex communicative processes we use to communicate in modern society.

It is composed of the cerebral cortex, which is made up of gray substance, where there are a large number of neurons that are in a constant process of connecting with each other.

Considerations about the theory

Considering what we have seen so far, it can be said that MacLean’s theory of the triune brain takes for granted that our current brain is nothing more than a process of addition between individual layers that appeared in our species making us more and more rational .

Each of these layers, as we have already seen, has its own characteristics; although the functions of one have to do with the functions of another structure, these operate autonomously. That is to say, neither layer possesses control over the other, but they could, for example, make the subject aware of his or her desires and thus make him or her channel them appropriately.

This theory has not been well received by the scientific community, and most specialists in the field of neuroscience have expressed their disapproval of it. Let’s see why.

What does the science say?

For neuroscience experts, the theory of the triune brain has too many inconsistencies in its approaches to be considered valid .

It is now known that the specific functions that the theory gives to the structures mentioned are not properly of the most evolved vertebrates, that is to say, that in other species similar behaviors are also present.

For example, birds, without the need to possess the limbic system, have a great instinct of protection towards their breeding, which is a characteristic attributed to the second brain (limbic system) according to MacLean’s theory.

More recent discoveries also demolish the theory that the neocortex emerged as the last stage in the evolution of the modern mammal. It is now known that the first signs of grey matter in the upper areas of the brain were found in early mammals .

In other words, these structures did not appear in an ascending order as the author of the theory of the triune brain states, but rather all of them already existed in the same brain, which was evolving in a general way, and not part by part.