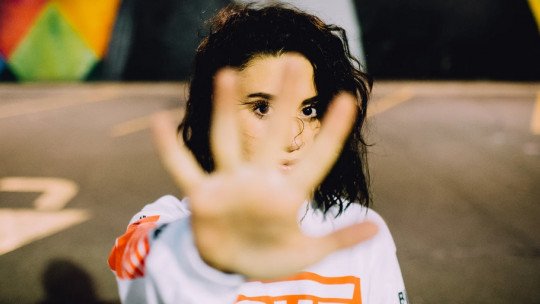 Normally, when we talk about domination and power of some people over others, we refer to the use of force or economic power, used to bury the opponents. Thus, we often overlook the fact that the use of force is not the only way to violate people’s dignity so that they act in someone’s interest.

In this article we will talk about manipulative behaviour ; how it is expressed in social relationships and how it can influence our actions without us noticing, through unconscious or almost unconscious processes.

How to detect manipulative behavior

When recognizing the signs that manipulative behavior is present in a dialogue or a social interaction in general, you can look at these characteristics .

1. The strategic use of guilt

A common way of trying to manipulate others is to bring up facts about which the other feels responsible and guilty, even if introducing that topic into the dialogue does not bring much beyond making the other vulnerable.

No one is perfect, and it is quite possible that the person being manipulated has real reason to feel bad about remembering those actions he or she performed in the past. However, it is one thing to ask for responsibility for this in a context where doing so is constructive (for example, when asking to repair the damage caused to others), and another thing to talk about it only to be left in a position of dominance in the dialogue and to be in a position to demand from the other that they conform to what one wants them to do.

2. The projection of selfishness

Another common way of negatively influencing the other, typical of manipulative behaviour, is to perform gaslighting , which is based on making the other person doubt his or her own criteria, so that it seems that he or she is not capable of sustaining their point of view.

There are many ways to do this; for example, by making him believe that he has issued unfair criticism against someone without this having been true.

By its nature, gaslighting is difficult to detect at first. However, if we repeat this type of situation in which, according to the other person, there is reason to think that we have been confused or misled on more than one occasion, and this does not happen in our social relations with others, it is very possible that manipulative behaviour is taking place .

3. Interpreting silences at will

People with a tendency to manipulate others do their best to create a framework of interpretation of facts in which ambiguities play in their favour.

For example, they may comment that if at some point in the course of a dialogue they are having with someone there is a slightly longer than normal silence, that is a sign that the other person is hesitant or shy. Although it is quite clear that this is not the case, simply by doing this there will have been a precedent that contributes to the other person adopting, even unconsciously, a more submissive attitude , one in which the possibility of maintaining a symmetrical relationship with the other is renounced.

4. Put your foot in the door

Another of the clearest signs of manipulative behaviour consists of telling half-truths so that the other person is interested in something for which they would not have been interested if they had had all the information about it from the beginning.

In this way, the other of the first steps in acting as the manipulative person wants is achieved, so that when he realizes that this option is not as attractive as he expected, taking a step backwards already has a higher cost than it had at the beginning. Human beings tend to want to justify the sacrifices made, as shown by the phenomenon known as cognitive dissonance .

Another frequent way in which it is manipulated is to praise the virtues of another person we are supposed to resemble, even though the circumstances in which that referent lives or has lived are very different from our own.

For example, we can mention the case of billionaires who started out from relative poverty, to try to make us work more, ignoring that if these people are famous it is among other things because luck made them exceptional cases.

This is done to damage one’s self-esteem, while creating the need to get involved in the tasks that the manipulative person asks of us.

6. Appealing to a false consensus

Another manipulative behaviour is simply to assume that we will do what is asked of us, because apparently that is what everyone in our situation would do. In this way, false social pressure makes us fit into the molds of what is expected of us.

What to do so as not to be manipulated?

Although each case is unique, you can follow these general tips to protect yourself from attempts at manipulation.

To decide whether or not you should behave as you are asked, it should be clear that you need time to think about it. Make it clear that trying to rush you is in fact a valid reason to refuse .

2. Ask for all the information you need

Since there is no rush, there is no reason why you cannot ask for all the necessary information . Negative reactions to this are also a reason to respond with “no” to what is proposed, and so you should communicate this. It is the other person’s job to make you understand the situation, it is not your fault if it is not clear to you. Assertiveness is key.

3. Do not tolerate disrespect

No one has the right to make us feel bad so that we act the way they want us to. Disrespecting us is a red line that should not be crossed .

This is a much underestimated possibility. Asking for the opinion of others is a very useful aid.