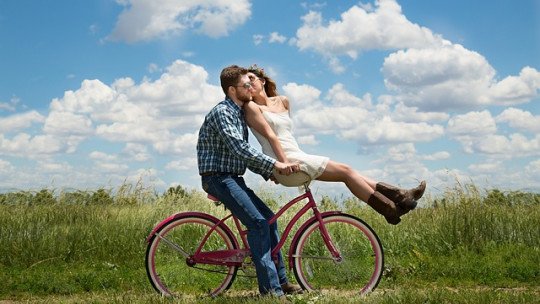 On certain occasions, some couples that initially seemed to understand each other in most situations can, over time, become a nucleus of constant conflict and discussion .

In some cases, these expressed differences are insurmountable, but in a considerable percentage the origin of the issue may be derived from a lack of interpersonal or social skills.

One of the components of psychological interventions based on Social Skills Training and one of the most used to the Marital Therapies of cognitive-behavioral current is the Learning of Assertive Behavior.

The role of assertiveness

Within the scope of psychological intervention, the terms assertive behavior and social skills-based behavior can be understood as analogous.

Thus, assertive behaviour is defined as that ability that allows the person to manifest and communicate freely , to have an orientation and active attitude in life and to act valuing actions in a respectful way (Fensterheim and Baer, 2008). Méndez, Olivares and Ros (2008), propose the following classification of social skills from the list of previous behaviours: opinions, feelings, requests, conversations and rights. It is also important to train in non-verbal aspects such as voice tone, eye contact, body and facial expression.

Assertiveness is closely related to the concept of self-esteem, since everything an individual does is reflected in the idea he develops about himself (self-concept).

Therefore, a positive correlation can be established between these two phenomena: as the expression of assertiveness increases, so does the level of self-esteem, and vice versa. There are numerous investigations that affirm that an adequate level of self-esteem is fundamental to favour the establishment of satisfactory interpersonal relationships .

A relevant aspect that must be previously addressed on the concept of assertiveness is to determine the difference between assertive, non-assertive and aggressive behaviors. Unlike the former:

What components are included in the most empirically supported interventions for marital problems?

At the level of spousal psychological intervention, among the techniques that have most demonstrated their effectiveness (based on studies conducted with samples of the population with interpersonal relationship deficits) are Cognitive Therapy (CT) and Social Skills Training, whose central element is Assertiveness Training (Holpe, Hoyt & Heimberg, 1995). In fact, the 1998 Chambless studies show how cognitive-behavioral intervention is one of the empirically validated treatments for couples therapy .

On the other hand, Cognitive Therapy tries to modify the negative cognitive schemes on which the subject bases his concept of himself. Since this phenomenon has a positive and bidirectional correlation with the expressed negativity, the more one increases, the more the other increases. Thus, the final objective of the CT will be the modification of these pessimistic beliefs that guide the cognitive-behavioral dynamics that condition the habitual functioning of the person.

In reference to Behavioral Therapy, the most effective and widespread intervention within the clinical context is Social Skills Training, where the subject learns from imitating models of appropriate and more socially adaptive behavior .

Elements of this type of therapy

Fensterheim and Baer (2008) state that an Assertiveness Training program must include the following elements:

1. Plan for establishing objectives and goals to be achieved.

4. Behavioral exercises of assertive practice in the real context

Once the initial analysis of the dynamics of the specific relationship, the problematic behaviors and the background and consequences of these behaviors has been carried out, the first point to work on is the establishment of objectives and goals to be achieved in the intervention. From that moment on, the part most related to learning assertive behaviour begins (elements 2, 3 and 4 above).

Conjugal interventions: what do they consist of?

A considerable number of problems in relationships are caused by learning deficits in the individual development of the subject throughout his or her life. The lack of acquisition of social skills during personal development means that these individuals cannot express in adult life what they have not integrated in the first years of life. The Behavioral Therapy approach defends the idea that people achieve intimacy because they have learned to do so.

The achievement of intimacy is one of the final objectives in the treatment of marital problems , where Assertive Learning plays one of the main roles as an effective therapeutic strategy, as pointed out by Fensterheim and Baer (2008).

In order to achieve intimacy between the members of the couple, the main therapeutic indications and basic milestones are oriented to:

2. To help modify these behaviours by replacing them with more adaptive ones.

3. Demonstrate to each member that change in each of them is a necessary condition to generate change in the other member.

4. Assist in the development of verbal and non-verbal communication between partners.

5. To help in the process of establishing feasible short-term objectives in the field of emotional communication.

On the other hand, the following remarks should also be taken into account:

More specifically, and according to Fensterheim and Baer (2008), the components most commonly addressed in Assertiveness Training within relationships correspond to the following:

This is the central technique of Assertiveness Training, and its purpose is for the person to learn new behavioural skills , being very useful in the practice of social situations. Specifically, it consists of reproducing a safe environment, such as the therapist’s office (where it is possible to manipulate these scenes), in which work is done on natural daily situations of the person so that he can evaluate his problematic behaviour without suffering the negative consequences that could occur in his real context.

In addition, the person is able to reduce the level of anxiety when performing a certain behavior. At first, the proposed performances are very standardized, then they are semi-directed and, finally, they are totally spontaneous and improvised.

The techniques based on operant conditioning were the first used in the field of Behaviour Modification . It is called operant or instrumental learning because the behaviour is used as a means to obtain a desired consequence. The fundamental premise is the so-called Law of Effect proposed by Thorndike (one of the most important theorists on learning), who defends that if a behavior is followed by a positive effect, the probability of carrying out the behavior in the future will be increased.

One of the main focuses of Assertive Behavior Training within the couple is the ability to ask for a change in behavior in the other partner. Thus, it is fundamental to pay attention to the behaviors that we want to strengthen/weaken in the other. For this purpose it is extremely relevant to understand and take into account the procedures of Instrumental Conditioning.

More specifically, in the intervention in couples, a new dynamic will be established in which those desired and adaptive behaviours will be consistently rewarded with pleasant consequences so that they tend to repeat themselves in the future, while those considered unpleasant will be penalised in order to achieve their gradual elimination.

In the text it has been observed that the interventions proposed in the treatment of couple’s problems include both cognitive and behavioral components. Thus, the modification of underlying motivational beliefs of externally observable problem behaviours is a necessary prerequisite to be addressed by both parties.

In the more behavioural part, the Instrumental Learning Theories and Behavioural Testing allow the acquisition and strengthening of those adaptive behaviours most beneficial for the interrelationship between both members of the couple.