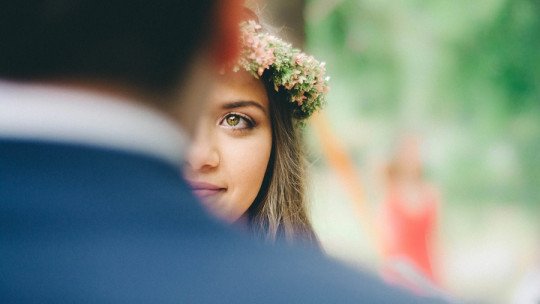 Fewer and fewer couples are deciding to get married, but more and more are deciding to have children. There are clear differences between being married and the long-term stability of the couple.

All this is ultimately related to the couple’s financial resources, which can be especially diminished when they bring a child into the world and subsequently choose to separate.

Next we will see what the research says about the marriage gap in Europe and the United States , besides reaching a few conclusions.

What do we mean by marriage gap?

The term “marriage gap” describes a set of economic and political differences between people who have married compared to those who are still single or cohabit with their partner, but have not married.

Although it may seem a somewhat retrograde statement, marriage is a factor that seems to correlate with the well-being, both physical and emotional, of family members and especially children. There are differences between being the child of happily married parents, divorced parents, unmarried parents, and single parents. In these four scenarios, the child’s social adjustment is different.

Although it can be compared with the gender gap, the marriage gap is not synonymous with it, although it should be noted that, in general aspects, single mothers are the ones who do not perform well .

What does the research say about it?

Over the last decades, both in Europe and in the United States, has tried to find out what factors influence the decision of couples to get married or not , and how this can have a significant impact on both the couple’s staying together and their economic prosperity.

Having children without being married is not a bad thing, but it is important to stress the importance and, above all, the stability that comes from a commitment as strong as marriage. While getting married does not guarantee that a couple cannot separate in the future (see divorces), it is more complicated to break up a union like marriage than to be a couple and live together. Getting divorced is a much heavier and longer process on a legal and bureaucratic level than ending a relationship without being married.

Marriage has profound consequences on the stability and development of children . Couples who marry before giving birth to children are more likely to stay together while raising their children, compared to those who marry later or never. Between 70 and 80% of parents who have married before having children stay together, while the percentage is 40% if they decide to marry later and only 30 if they never say “I do.

Couples who break up are more likely to suffer financial problems and require more state support. For example, about 60% of single parents receive some form of state support , compared to 10% of those who do. Apart from the problem of living with a parent with financial problems, living with only one of them and having little or no contact with the other one, apart from the psychological impact that a divorce can have, has a negative impact on the child’s psychological health.

According to data collected by the professor from Brigham Young University in the United States, Professor Spencer James and Harry Benson analyzed several surveys at the European level in 2014, reaching their conclusions on the marriage gap in Europe, seeing how this issue occurs in at least 20 countries of the old continent. They noted that the marriage gap between rich and poor was found in all the countries that had been surveyed.

However, the percentage of rich people in colder countries who were also married was not exactly low. Even in more liberal countries , such as those of Scandinavia, about 75% of the richest parents were married, while the percentage fell to 30 among the poor.

If we take the leap across the pond, we see that the data in the United States are also quite interesting, as well as allowing us to see how this gap has evolved in North America over the last 50 years.

In recent decades, the percentage of children born out of wedlock has been increasing. Taking data from the U.S. National Statistics Office (NSO) in 1972, about 91% of children were born into a family that was already married, while this percentage was 53% by 2014.

Different factors have also been evaluated which, although they may seem to have no relation with the stability and prosperity of the couple, have been shown to be determining factors when making the decision to marry . The data below take into account characteristics of the mothers, and whether they are single or married.

Age is a very clear indicator of the marriage gap. Taking data from the ONS, in the 1970s mothers of all ages were mostly married. However, there were differences between the youngest group (16-24 years), with 78% of them being married, and between the older ones, with 25-44, 96%.

Nevertheless, taking the same data but from a more recent year, it can be seen that in the 21st century marriage is decreasing among mothers of different ages , although in all age groups it presents a significant drop. Between 25-34 years old, 65%, and between 35-44 years old, 73%. Among young mothers, between 16 and 24 years of age, only 16% of them choose to marry at such an early age.

In the 1970s, about 94% of mothers who were housewives or remained at home without paid employment were married. This percentage is reduced to 50% in 2006 .

Although it may seem surprising, smoking is a factor that has been linked to lower incomes . While in the 1970s there were no significant differences between people who smoked and those who did not in terms of whether they were married, today there does seem to be a relationship.

In that decade, nearly 90% of women smokers and 94% of those who were no longer smokers were married, compared to 93% who had never smoked.

Today there is a gap even in this factor. Among those who still smoke only 32% are married, while about 60% of those who no longer smoke are married , and non-smokers rise to almost 70% of them being married.

What is clear from these data is that, whether in Europe or in the United States, there is a clear marriage gap when income is taken into account. Families with children who have a good income can afford to get married, while it seems that those who earn less dare not take the step . This is due to the fact that poor people, not being able to enjoy the economic stability that the rich have, do not dare to put their savings at risk.

Based on the research, it is clear that there is a very prominent marriage gap both in the United States and in Europe, in which socio-economic factors take on great importance. The type of education, income, and even a factor that may seem banal such as tobacco use seem to be related to being able to afford to take the step of getting married, in addition to maintaining this marriage.

These factors, depending on whether they are conducive to getting married, take on a dramatic role in deciding whether to say yes to each other and decisions about starting a family. The decision to marry or not is a factor that deeply affects the stability of the couple , being, as we said, the decision to get married a solid protector of the couple.

As more and more families are formed without a decision to marry, but cohabit, it is important to stress the importance of understanding how such families are at greater risk of breaking up than marriages. More fragile families are synonymous with children with problems, since not having both parents and not having secure economic resources directly affects the standard of living.

Based on all this, it becomes especially urgent to create family planning plans that are much more effective than those that already exist and to understand that, while not being married will not make children unhappy, it is important to understand the great responsibility that comes with bringing a life into the world.

If many couples choose not to get married because they see that they don’t have enough income to prepare for a wedding and all the aspects related to this type of ceremony, they will have even less financial stability to raise a child. When that child comes into the world, it is going to require that their needs be met and that means money.

That is why it is especially important to raise awareness of the population to take the necessary prophylactic measures to avoid having children when they do not want to, and to choose to have them when they have been dating for many years, regardless of whether they decide to get married or not.