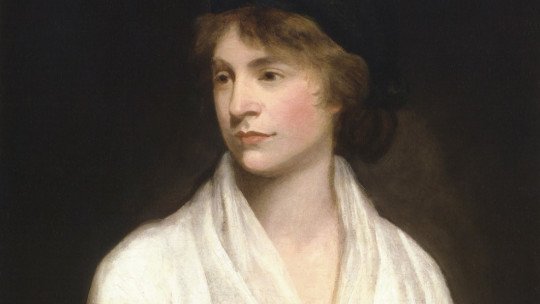 By the mid-18th century, something was changing in Europe. After the Renaissance banished religion from the centre of intellectual and political life and the Enlightenment promoted the idea that education is key to forming extraordinary human beings beyond their origins and physical appearance, the question arose: why were women still confined to the domestic sphere?

The English writer and philosopher Mary Wollstonecraft devoted much of her time to addressing this issue of inequality and clear male dominance over women. Her works were very influential in the development of the first wave of feminism, which emerged several decades after her death.

We will now look at how these early challenges to male dominance were formulated by Mary Wollstonecraft and how she opposed the dominant ideology of her time.

Who was Mary Wollstonecraft? Brief biography

Mary Wollstonecraft was born in April 1759 in London. She soon began to experience the discomfort of poverty when her father spent all the family money, so she and her parents had to move from place to place without achieving economic stability.

During her adulthood, she soon began to become frustrated with the difficulties women had to go through in order to earn a living. Western society was designed to push women into marriage, and it was assumed that the creation of the family was the vital goal of all women in general. However, Wollstonecraft did not give up: she set up a school with her sisters and her friend Fanny Blood.

However, soon after Blood got engaged to a man and went to live with him outside the country. This complication, together with the fact that Wollstonecraft went to Lisbon to look after her friend when her health deteriorated, caused the school project to fail. From this point on Mary Wollstonecraft concentrated on writing, both essays and novels . She died in 1797 due to a complication in childbirth.

Here you can see the theoretical foundations on which Mary Wollstonecraft’s philosophy was based and which made her one of the earliest references in feminism.

1. The importance of education

Mary Wollstonecraft was totally influenced by the Enlightenment, and therefore believed in progress through rationality and learning . This idea, so normal in our eyes at that time, was radical if applied to the differences between men and women. It was assumed that all differences in interests and behaviour patterns were something biological, and that traditional roles were a faithful reflection of the “nature” of both sexes.

2. The principle of equality

Thus, Mary Wollstonecraft argued that the default option was to presuppose equality between the sexes , and that in any case it was up to the defenders of the innate differences between men and women to provide powerful evidence in favour of their intellectual position.

This point, together with the previous one, led Mary Wollstonecraft to totally reject Rousseau’s pedagogical approach, which from her perspective based on romanticism proposed the segregation between boys and girls in schools in order to offer adapted to “naturally differentiated” characteristics.

This philosopher explained that the strong differences between the expected roles of men and women were fundamentally due to the physical dominance of men over women chronified over generations. Thus, women are educated to unquestioningly comply with a passive and helpful attitude that naturally moves away from the full intellectual development enjoyed by many men through academia.

This point led Mary Wollstonecraft to question a good part of the traditions , since she understood that these can be a way of oppression and that therefore they must be revised and adapted to human welfare.

This position, by the way, was developed several centuries later by Simone de Beauvoir and other properly feminist theorists of the time, although Mary Wollstonecraft did not enjoy access to large amounts of information extracted through anthropology due, of course, to the time in which she lived.

Mary Wollstonecraft’s ideas fit in very well with the liberal conception of egalitarianism. She did not go much further than denouncing clear impositions of men on women, such as the impossibility of economic independence and the lack of rights in the political sphere. However, served to question the idea that women should remain submissive because of their own biology and to point out that traditions and traditional roles can be very harmful if they are not questioned.