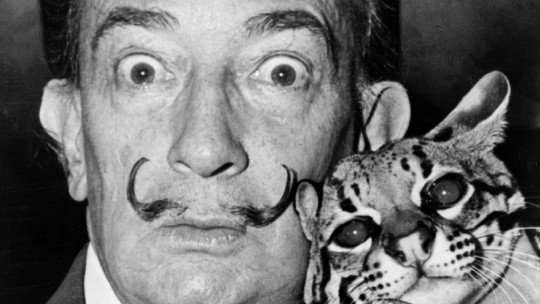 Associationism was in its beginnings a philosophical approach that affirmed that human thought operated by associating a state with other successor states.

The British associationists, among whom John Locke and David Hume stand out , defended that this principle of association applied to all mental processes and that ideas were associated in the mind following certain laws, among which the law of continuity and the law of similarity stood out.

How is this concept associated with creative processes? To do this we must examine the associationist theory of creativity .

The law of continuity postulates that ideas that have been experienced together tend to appear together in our minds (for example, when a situation evokes some feeling or the memory of a person).

The law of similarity, on the other hand, holds that psychic contents that have similarity tend to manifest together in our thinking (for example, when a picture of someone evokes features of his personality).

Mednick stated that the individual can produce creative solutions through one of three processes: serendipity, similarity, or meditation . Serendipity would be a process of accidental association, similarity would be by evocation between two elements and meditation would produce evocation by presenting three or more elements.

This author also identified different variables, especially differentialist ones, that could contribute to increase the probability of reaching a creative solution or making a novel association. In this way, a basis was created for the psychological study of the creative from an associationist theory of creativity.

It seems that one of the advantages of association theory applied to creativity is that it could be tested. In 1967, Mednick operationalized the associative definition of creativity by means of the Remote Association Test (RAT) , which is a very applied instrument in research on creative thinking, even today.

In their study, Mednick’s team reported high ARP reliability values , as well as a positive correlation between high ARP scores and high mental flexibility, while low ARP scores were associated with highly dogmatic individuals. Subsequent studies have found a high correlation with the Creativity Rating Scale (CRS), while there seems to be no correlation between the RAT and the Miller Analogy Test (MAT) or the Grade Point Average (GPA).

Criticisms of the creativity test

Despite the intensive use of ARP in the study of creativity, the instrument has not been free of criticism . One of them is that the effect that the individual’s motivation may have on the score, as well as other factors intrinsic to the person, such as his or her past experiences, are omitted. It has also been found that a high ARP score is significantly related to other cognitive variables such as verbal ability.

Alexander Bain and the concept of incubation

One of the proposals on creativity that has been born from associationism is the idea of incubation proposed by Alexander Bain.

This author proposes that incubation takes place when new combinations of elements emerge from the ideas that already exist in the mind of the individual. From this perspective, creation from nothing would be impossible, since creation is understood as an act of combining, in a new way, the substrate stored in the mind of individuals.

Other authors point out the importance of the process of formation, retention and use of associations not only for creativity, but also for incidental learning, understanding incidental learning as a situation in which apparently irrelevant ideas or relationships tend to be associated later generating a change in the individual’s knowledge and/or behaviour.

In this sense, it is understood that a creative individual will exhibit better incidental learning.

To explain the possible connection between creativity and incidental learning, two hypotheses have been put forward: (a) a highly creative individual has greater perceptual sensitivity to seemingly irrelevant stimuli; and (b) the highly creative individual can better retain the stimulus and make it more accessible later, for the purpose of employing the information in an incidental learning task (Laughlin, 1967).

In short, from the perspective of associationism, creative thinking is the result of a mental process in which disparate elements come together in a new way , resulting in a proposal that is useful to the individual or the environment , or by solving a problem.

According to the associationists, ideas lead successively to other ideas and this continuum of connections would constitute the general functioning of the mind.

From this perspective, any associative theory on creativity will focus on analyzing the ways in which such ideas can be generated and on how these ideas are linked to each other in our minds .

There is now a consensus that expanding the number of options or elements, so that a wide variety of partnerships can be generated, facilitates creativity. In fact, many of the current theories of creativity place the key to the creative process precisely in the association of ideas proposed by Mednick.