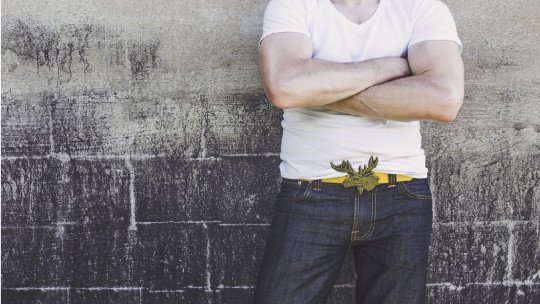 Despite the fact that in films and TV series evil characters tend to be indisputably evil and selfish, it has long been known that even human beings who have committed real atrocities are capable of retaining a deep-seated sense of ethics in their day-to-day lives and believing that what they do is not wrong. In a certain sense, it seems as if self-image and the fact of breaking or not breaking rules are relatively independent from each other, so that even the people who tend to betray their principles the most are able to preserve a kind vision of themselves .

How can this happen? Researchers such as Dan Ariely maintain that we human beings have an incredible capacity to deceive ourselves or, rather, to let only the part of information that interests us pass to our “rational” side. Thus, we would not have to make any effort to construct a biased story about why we have acted in an unethical way: this story would be constructed automatically, from a filtering of data that is totally interested and from which our self-image will come out well.

Recently, research by psychologists Maryam Kouchaki and Francesca Gino (of Northwestern University and Hardvard University, respectively) has provided evidence of a similar filtering that affects memory. According to their results, it is more difficult for us to remember unethical actions than other types of events . In other words, we experience what they call “unethical amnesia”, or amnesia of the immoral, and it is possible that this phenomenon exists for our benefit.

The reason for the unethical amnesia is based, hypothetically, on the state of discomfort generated by the knowledge that one has acted in an unethical way and violated the vital principles that one tries to follow.

The appearance of this uncomfortable tension, which would generate a kind of dissonance between “what should be” and “what is” would activate some defence and coping mechanisms made to make the discomfort disappear, and one of them would be the tendency to be particularly forgetful of events that compromise our sense of ethics.

In one of the tests conducted by Kouchaki and Gino, 279 students had to perform a simple exercise in which they had to try to guess the number that would come up when they threw a six-sided die over twenty rolls. Each time they guessed the number, they would receive a small amount of money as a prize.

Some of these participants were forced to say beforehand the number they thought should go out, while others could simply say whether their prediction had been fulfilled or not, so they had an easy time lying and taking a sum of money that according to the rules set did not correspond to them.

After going through this small test, all participants had to complete a questionnaire that included questions about feelings of moral dissonance and self-concept designed to record how well they felt about themselves, if they felt somewhat embarrassed, etc. As expected, people who belonged to the group of participants who had been given the opportunity to lie tended to reflect a greater sense of discomfort in their questionnaire responses .

And this is where the forgetfulness of unethical actions comes in. Two days after the dice test and the completion of the questionnaire, people in the group of participants who had been allowed to cheat showed more difficulty in remembering the details of the experiment .

Their memories of the task of rolling the dice were less intense, less clear and with fewer elements than those of the other volunteers. Possibly, something in these people’s brains had been acting to get rid of the information about what happened relatively quickly.

Returning to the initial situation

Besides obtaining evidence about this curious mechanism of strategic forgetting of uncomfortable information, the two researchers also reached another conclusion: people in the group that had been allowed to cheat felt good about themselves again very quickly .

In fact, two days after playing with the dice, their scores on the self-concept and moral dissonance questionnaire were no different from those of the other participants.

Is amnesia of the immoral a useful thing?

Since it is relatively easy in our daily lives for us to break certain moral rules several times, however small, it may be that unethical amnesia keeps us safe from anxiety crises caused by the repeated realization that we are not capable of achieving certain ideal goals. In this sense, the fact of making it more difficult to evoke negative memories about one’s ethics can be a useful and adaptive mechanism .

However, the existence of this phenomenon would entail certain drawbacks, taking into account that it can lead us to have very little reason to act according to our ethical scale and to skip all the rules in an opportunistic way.

Amnesia towards what is to come

In fact, in another part of the earlier research, Kouchaki and Gino had the dice roll test followed by one in which participants had to solve word puzzles, earning money with each hit. Participants in the group who had been allowed to cheat in the dice game were significantly more likely to cheat in this second test as well.

This could be a sign that the amnesia of the immoral would not only have consequences for what just happened, but could open a window of opportunity for us to act dishonestly again .

There may be certain mental mechanisms that help us to keep a good opinion of ourselves, but they may also make it easier for us to enter a spiral of transgression of ethics.