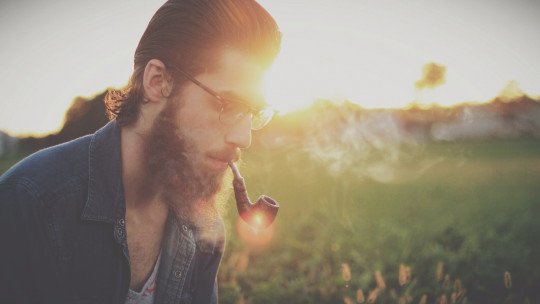 “Flirting, girls, self-concept and sex: 8 tricks to attract any woman”

The beard is a trend and there are already many men who wear it , each one faithful to his personal style. Fashion has reached such a point that many hairdressers and barber shops have signed up and offer endless services for trimming, combing and grooming beards.

Why are beards so fashionable?

As Felix, owner of a chain of hairdressers and barber shops in the province of Barcelona, explains, “The tendency to grow a beard is very much linked to fashion, and this is very much influenced by the styling of famous people, such as sportsmen or actors. But an equally important factor for this trend to have emerged so strongly is that today’s man has more time for leisure and to take care of himself .The beard fashion started to become popular in magazines and on television. But it has also been a boom because of the diversity of different styles adapted to each person”.

Facial hair, according to Felix, denotes personality and a creative mind. It is possible to guess the “urban tribe” just by looking at the thickness of the beard. In general, the thickest beards correspond to aesthetic hipster , hippie chic or übersexual , and they look rude .

Whiskers are also back in fashion after two decades when only José María Aznar and a handful of the chosen ones wore them without shame. There is even a trend to grow a moustache for a month to fight prostate cancer.

What are the advantages of wearing a beard?

Among the reasons why many men of this time we are living have decided to grow a beard, there are several aesthetic and also psychological motivations . Men who grow beards are more flirtatious: women consider them more virile, attractive and physically strong than shaved men. This has been proven by a scientific study. But there is more.

1. You will link more

“Wearing a two-week beard makes men much more attractive to women,” say psychologists Barnaby Dixon and Bob Brooks. The experiment that led to this conclusion was conducted at South Wales University and published in Evolution & Human Behavior .

In addition, another research conducted at the University of Northumbria and published in Personality and Individual Differences came to a curious conclusion: “People who wear a shaved face have fewer attributes associated with masculinity and are more docile “.

A study coordinated by Paul Vasey and Barnaby Dixson came to this surprising (or not) conclusion. They photographed a number of participants, first with beards and then shaved, showing facial expressions of anger and happiness. They then showed the images to a group of men of different nationalities, who judged those with beards to be stronger and more socially prestigious .

3. You will be seen as more mature

“The facial hair makes other people consider the person who wears it to be older than they really are . In particular, they tend to be perceived as two years older than they are,” explains Ángel Barbero, one of the main promoters of the initiative Movember .

4. Wearing a beard is a sign of iron health

A study published in the journal Science and led by evolutionary biologists Marlene Zuk and William Hamilton concluded that wearing a beard is a way of demonstrating good health . This seems to be explained by the fact that, historically, facial hair was a focus of parasites and infections. Men who wore beards were considered stronger and more resistant because they defied the harmful health effects associated with them.

5. Men with beards… are they better looking?

Many men let their facial hair grow to hide skin imperfections, unsightly marks or some asymmetry in the jaws . Not that wearing a beard makes you irresistible, but it can play in your favor.