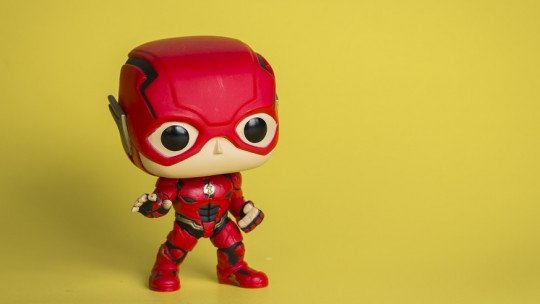 Something that greatly enriches fictional characters is their psychological definition, because it facilitates the construction of their development and evolution. Thus, we have classics of the cinema in which mental disorders are the main characters, such as Best Impossible, A Wonderful Mind or Rain Man. However, in the world of superheroes, the extreme of their powers is also usually accompanied by psychological characteristics very much to the limit. That is why it is possible to associate some of these superheroes with mental disorders .

If there is an archetype of character whose narrative benefits greatly from mental fragility, it is the so-called superheroes, since this resource allows them to be humanized and facilitate identification by the viewer.

In that sense, we can illustrate elements of psychology with these colorful characters, and some of the most popular heroes whose interest lies in some mental disorder may be the following.

Spider-Man gained the ability to climb walls through the bite of a radioactive spider, but it was not until he became a victim of tragedy that he obtained this property. At first he used his powers in show business, for selfish purposes, and it was not until he let a thief escape, who would kill his beloved Uncle Ben, that he learned his famous mantra: every great power comes with great responsibility.

From then on, the character acquires inflexible moral values, sacrificing his personal life every time he could use his power to help someone. Thus, repeatedly his excessive dedication to duty has led him to abandon personal relationships, job opportunities or to confront the police or other superheroes, illustrating symptoms that we can find in Obsessive-Compulsive Personality Disorder.

After exposure to radiation, Bruce Banner acquires the curse of transforming himself into a destructive monster called the Hulk. In clear inspiration of Lewis Stevenson’s work, The Amazing Case of Doctor Jekyll and Mr. Hyde (which had some influence on the first psychodynamic studies), the personalities of Banner and Hulk were completely opposite, being that one a brilliant and introverted scientist and this one an irrational brute with the intelligence of a child, in an evident case of dissociative identity disorder, in which neither of the personalities has memories of what the other did when he was out of control.

In addition, the transformation into the Hulk occurs at high levels of stress , so Banner has learned in several versions breathing techniques, meditation, etc.

Iron Man was conceived as an antithesis of himself: he was an iron man with a severe heart condition. This concept has been extended over the years to the psychological field and, although he has sometimes been oriented towards narcissistic personality disorder due to his elevated ego, the truth is that, above all, we find symptoms associated with the consumption of substances, in particular with alcoholism .

The fact is that Tony Stark hindered his editorial commitment against this social problem, being a millionaire businessman who could not control his alcohol consumption, leading him to lose his social relationships, his company, his house and his armor, although he was finally able to overcome it and become stronger, like so many other victims of this condition. However, since then the character only drinks water, avoiding the discriminatory stimulus that could trigger the whole process again.

Better known in Spain as Wolverine, Wolverine is a mutant who suffered the intervention of a government experiment in which they reinforced his adamantium bones, the hardest metal in the fictional universe of Marvel comics. As a consequence of the trauma, Man X suffered a retrograde amnesia that prevented him from remembering part of his past. However, over time it was also discovered that the memories he kept were nothing more than “memory implants” inserted in the same experiment, i.e. false induced memories in the same way as in Elisabeth Loftus’ studies.

Bruce Wayne witnessed the murder of his parents by an armed robber while still a child, a situation that led him to use his inheritance to become the crime fighter called Batman. Bruce relives the experience of his parents’ murder on special dates (death anniversary, mother’s day…) or whenever he goes to the scene of the crime, as happens in post-traumatic stress disorder .

In addition, he has trouble falling asleep and, at times, high irritability. Although exposure to situations similar to the stressful event would contradict the diagnosis, this symptom is often reflected in comics and movies by Batman’s constant avoidance of firearms.