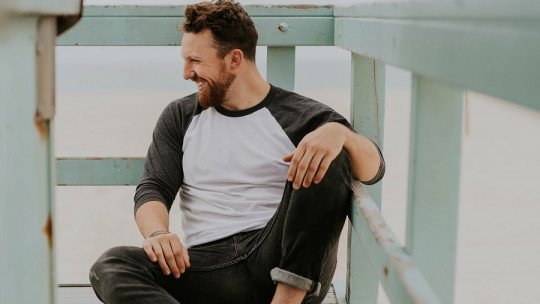 Relatively recently, on 10 October, World Mental Health Day was celebrated internationally. Although for a large part of the population this fact has remained unnoticed, the truth is that this celebration allows us to talk about and make visible many aspects of the psyche, often related to the presence of disorders such as schizophrenia, OCD , bipolar disorder, phobias, substance abuse or anxiety problems.

It is important to talk about these facts, since mental health problems are highly invisible and even today many of them still carry a significant social stigma.

It should also be noted that while most people could identify or define at least superficially what a mental disorder is, curiously the same is not true of the apparently opposite concept. Because… what exactly do we call mental health? We will discuss it throughout this article.

Mental health: definition of the concept

The term mental health may seem simple, but the truth is that at its core it is a highly complex concept for which there is no single overall definition. It depends on who does it and from the discipline and biological and cultural perspective from which what is understood as mental health can be very different.

In a general way, it is possible to define mental health as the state of subjective well-being in which a person is able to cope with the psychosocial demands of everyday life , is aware of his or her abilities and is able to adapt to and integrate effectively into the world around him or her.

We would be facing a state of balance between the person and the world, both cognitive and emotional and behavioral, in which the former feels and is able to function properly, and can not only meet their needs but feel good and fulfilled. It should also be taken into account that health is not considered an objective per se, but something that is part of our daily life and that allows us to carry out our aspirations. The concept of mental health also includes the ability to carry out the necessary behaviours to maintain and promote one’s own health, both physical and mental.

It is important to keep in mind that mental health and mental disorder are not opposites, since it is not enough to have no type of pathology to be able to consider yourself healthy.

It is therefore not a question of not having physical or mental illnesses or disorders , but also of enjoying a biopsychosocial balance that allows us to remain in good condition, be able to adapt to the environment and enjoy our daily lives. In other words, it is necessary to have a good state of psychological well-being in order to consider good mental health.

Psychological well-being: what does it involve?

As we have seen, mental health implies a state of well-being, not only on a physical level but also on a psychological one. In this sense, we understand psychological well-being as the set of positive sensations derived from a mental functioning in which self-realisation and the capacity to face or adapt to environmental situations and demands prevail .

Subjective well-being is mainly configured, according to Carol Ryff’s model, by the presence of a high level of self-acceptance or capacity to validate both the good and the bad of oneself in such a way that one is satisfied with who one is, the search for and maintenance of positive and deep relationships with one’s surroundings, the ability to influence the environment and the perception of that ability, the existence of the ability to make independent choices and decisions based on one’s beliefs, the possibility to grow and develop personally in such a way that we can optimize ourselves as much as possible and, last but not least, the existence of vital purposes or goals to achieve.

To all this can be added the existence of a high proportion of positive and low negative affection, satisfaction and sense of coherence, integration, social acceptance. In addition the perception of being useful and generating something for the community also has an influence .

There are many aspects to consider when assessing mental health. In this sense, it may be interesting to point out and highlight different characteristics to be taken into account regarding what the existence of mental health implies. Among them we can find the following.

1. It is not only absence of disorder

As we have seen, when we talk about mental health we are not talking about the mere absence of mental disorders or problems but about a state of general well-being that allows a good functioning and participation in the world and a correct relationship with oneself .

Often when we talk about mental health we tend to imagine someone with some kind of problem linked to the existence of cognitive problems. However, within mental health we also find emotional and motivational and even behavioural elements: mental health does not only imply having a specific way of thinking, but also of feeling and doing.

The state of mental health of each person does not appear out of nowhere, but rather is the product of a long process of development in which biological, environmental and biographical factors (the experiences and learning that we make throughout life) are going to influence to a great extent.

The experience of a state of well-being or lack thereof may vary greatly from one person to another, and two different people or even the same person at two different times in life may have different considerations regarding their state of mental health.

As we have seen before, the concept of mental health can be complex to define universally because different cultures have different conceptions of what is or is not healthy . Likewise, the comparison with the reference group is generally used to assess the state of mental health itself: something is considered healthy if it fits in with what society considers as such. Thus, the same subject can be considered mentally healthy in one context and not in another.

To give an example, in an individualistic country more emphasis will be placed on autonomy and self-determination while in a collectivist country those who are able to think more about the group or community will be considered healthier. Another example is found in the management and consideration of emotions : some cultures or countries tend to seek to hide or suppress negatives, while others seek greater acceptance and validation of these.

5. Mental health as something dynamic and workable

On the other hand, it is also possible that in certain situations a person with a good level of mental health may suffer from some kind of problem or pathology.

Another idea that needs to be taken into account when talking about mental health is the fact that it is not possible to fully understand the functioning of the mind without the body or the body without the mind.

The presence of diseases and medical disorders is a factor to be taken into account when explaining the state of mental health, and vice versa. It is easily visible if we think about the effects that serious, chronic or very dangerous diseases can generate in our psyche: stress, fear and suffering that can lead to problems as important as cancer , heart attack, diabetes or HIV infection.

In this sense, it is necessary to take into account both the possible effect of the illness on the state of mental health (for example, intoxication can generate mental alterations) and the perception of the illness. This does not mean that mental health cannot be preserved in spite of having an illness, but it does mean that it can be a handicap or a difficulty in maintaining a state of mental well-being.

Likewise, the practice of sport and the maintenance of healthy lifestyle habits promotes mental health, balance and well-being. In the same way, mental health has an effect on physical health: good mental health helps the body to stay healthy, while if there is a problem, it is easier for tiredness, discomfort, physical pain, lowering of the immune system, somatisation… to occur, and this can lead to illness.