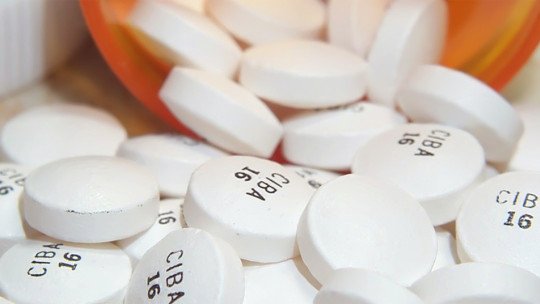 In recent decades, the diagnosis of attention-deficit hyperactivity disorder, which is related to deficits in executive functions, has become very popular. The first choice drug to treat ADHD is methylphenidate .

In this article we will describe what methylphenidate is, what its uses are in ADHD and narcolepsy, what side effects it causes most commonly, and in what cases this drug is contraindicated.

Methylphenidate is a stimulant drug that has similar effects to amphetamines and is used mainly to treat the symptoms of attention deficit hyperactivity disorder (ADHD), as well as those of narcolepsy.

On the other hand, methylphenidate is marketed under various names; some of the best known are Ritalin, Concerta, Aradix and Rubifen .

Although it began to be used in the 1960s, its use became popular in the 1990s as a result of the increase in the number of ADHD diagnoses. It is now widely used for the treatment of this disorder.

The mechanism of action of methylphenidate consists in the inhibition of the reuptake of dopamine and noradrenaline : it blocks the transporters of these catecholamines, increasing their concentration in the synaptic space and therefore their neurotransmission effects. It also slightly enhances the function of serotonin.

The effects of methylphenidate are especially intense in the prefrontal cortex. The increased activity of this brain region promotes executive functions such as reasoning, planning and behavioural inhibition . This stimulation of the central nervous system is also manifested in improved alertness and attention.

Attention-deficit hyperactivity disorder is a neurological disorder of child onset that is related to problems in executive functions. Despite the controversy surrounding the existence of this disorder, most clinicians believe that it has a clear biological basis, although there is a certain tendency towards overdiagnosis.

ADHD has been associated with dysfunctions in the transmission of dopamine and noradrenaline in the central nervous system; the agonist effects of methylphenidate allow to compensate these functional deficits . Treatment with methylphenidate is successful in approximately 70% of cases, but can lead to significant side effects.

The recommended treatment for ADHD is a combination of methylphenidate and cognitive-behavioral therapy focused on training coping strategies for both the child and his or her caregivers.

Use in cases of narcolepsy

Narcolepsy is a neurological disorder that causes alterations in sleep-wake cycles . The most prominent symptoms of narcolepsy include daytime hypersomnolence, cataplexy episodes, and intrusions of REM sleep into wakefulness, especially hypnagogic hallucinations.

In the case of this disorder, methylphenidate and other psychostimulants, such as modafinil and some antidepressants, are used to increase the level of alertness; these drugs reduce drowsiness and improve performance.

The most common side effects of methylphenidate are anxiety and feelings of nervousness, nausea, dry mouth and loss of appetite, which in turn leads to a reduction in weight ; in the long term these effects sometimes result in slightly lower physical development, which is maintained as long as the drug is consumed.

Other common side effects are emotional instability, irritability, hyperhidrosis or excessive sweating, dryness of the eyes, blurred vision and bruxism, which is the continuous clenching of the jaws or teeth.

Adverse reactions to methylphenidate include symptoms such as akathisia (severe agitation and discomfort), dyskinesia (involuntary muscle movements), seizures, chest pain or breathing difficulties. The occurrence of these and other serious symptoms should be understood as a sign that the medication should be reviewed.

People with cardiovascular disorders, such as hypertension or structural heart abnormalities , should use special caution when taking methylphenidate. It is also contraindicated if certain psychological disorders are present, such as psychosis, mood disorders, anxiety problems, anorexia nervosa, and substance addictions.

Drinking alcohol increases the likelihood that the side effects we have described will occur and makes them worse when they are already present. Methylphenidate is also contraindicated in people with glaucoma, pheochromocytoma, hyperthyroidism, or a history of depression.

Methylphenidate consumption during pregnancy is not recommended because the possible consequences have not been sufficiently studied; some preliminary research suggests that may induce respiratory and circulatory problems in the fetus .