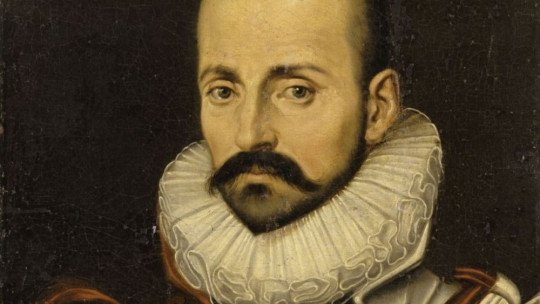 If someone asks us to explain what it is to have power, we may very well define it as having a lot of influence on others. This can be very useful, as it is a way of extending our resources to enforce our will. Having influence over others, for example, thanks to our popularity, can be more useful and more effective than money in conditioning the behavior of others.

Now… what is the price of being a reference figure for others? Already in the 16th century, the philosopher Michel de Montaigne reflected on the way in which fame and influence enslave us .

Who was Michel de Montaigne?

Michel Eyquem de Montaigne was one of the most important philosophers and essayists of Renaissance Europe . Born in 1533 into a rich family living in a castle near Bordeaux, he was not able to enjoy the luxuries of his lineage during his early childhood, as his parents sent him to live with a family of poor peasants until he was three years old, initially to learn about humble life.

Later on he enjoyed a liberal education based on the habit of questioning everything, a trend that was gaining strength in Europe after centuries of religious dogmatism. However, until the age of six, he was only allowed to speak Latin, and French was his second language.

The efforts of Montaigne’s family to make him a member of the intellectual elite bore fruit. In 1571 he became a member of parliament, where he worked for more than a decade until he felt he was ready to enjoy the family inheritance.

In 1680, in addition to starting to travel around Europe, published his first set of essays , which would be followed by two more volumes later. He lived without major economic concerns and shortly before his death he returned to political office, this time as mayor of Bordeaux.

There are many ways to influence others without having a large reserve of money; for example, to be in a position where the decisions we make can objectively benefit or harm others greatly. Many politicians would fall into this category.

But beyond this… does having a lot of power to influence through fame have any price? Montaigne believed that it did and that this price is high. Let’s see how he argued it.

1. Tranquility is the preferred state

Montaigne believed that everything we do, in principle, we do to live without worries. The natural state of the human being is, therefore, not to be forced to face moments of unnecessary stress, and to accept the bad things with simplicity and without drama.

2. Peace of mind has to do with public image

For the simple fact of living in society, what we will experience depends in part on how we interact with others . Our neighbours and fellow citizens can condition our lives a lot.

3. We try to give a good image

In order to be able to cushion the risk of our relations with others going badly, we try to have a good public image , something that can make others well-disposed towards dealing with us. But, at the same time, we can try not only to avoid risks, but also to use a very powerful public image to influence others and enjoy privileged treatment.

4. Public image is an extra problem

Montaigne believed that, although the purpose of having fame or a positive social image is to enjoy more pleasant living conditions that give us access to resources that we might not have access to without these elements, their presence means having many extra concerns.

In order to maintain this tool that we use to influence others , we spend time and effort on appearances, public appearances and even creating bonds of supposed friendship in order to remain relevant.

5. Tranquility and fame are incompatible

The possibility of fame may seem very attractive in certain circumstances, but it is something that guarantees us to have to attend to extra concerns. Somehow we speculate about our well-being, complicating our lives in order to maintain an artifact (the public image) that requires constant maintenance and can be completely ruined in a matter of seconds, for example, if it is discovered that there is playback at a concert in which we are singing.