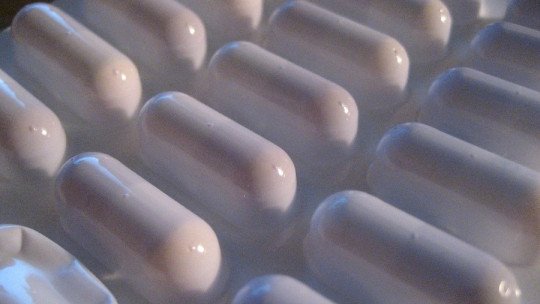 This drug is mainly used for depression and social anxiety. In this article we will know its characteristics, adverse effects and therapeutic indications, among others.

This medicine is mainly used to treat major depression and, to a lesser extent, social anxiety. Although clinical trials with moclobemide began in 1977, it is not currently approved for use in the United States.

The toxicity of moclobemide is low and well-tolerated. It is metabolized by the pancreas almost completely; less than 1% is excreted, in the urine.

Unlike traditional MAOIs, no signs of liver toxicity have been detected with moclobemide and so far no signs suggest that moclobemide causes cardiotensive (heart toxic) effects.

As we have said, moclobemide is a reversible Monoamine Oxidase Inhibitor, mainly of subtype A; that is, reversibly and selectively inhibits monoamine oxidase type A .

This means that it decreases the metabolism of noradrenaline, serotonin and dopamine, and therefore increases the extracellular concentrations of these neurotransmitters.

Thus, the mechanism of action of moclobemide is similar to that of the classical MAOIs , but unlike the latter, its effect on this enzyme basically modifies noradrenergic and serotonergic transmission with little effect on dopaminergic.

Moclobemide is contraindicated in acute confusional states, in children, when there is hypersensitivity , and as concomitant use with selegiline.

In adults, the initial dose is usually 300 mg, and its administration is divided into several takes after meals. The tablets are administered orally . If necessary, the daily dose can be increased to 600 mg/day.

Treatment with moclobemide must be administered for at least 4-6 weeks in order to assess the efficacy of moclobemide. Treatment is usually intended to continue for an asymptomatic (symptom-free) period of 4-6 months.

We know that antidepressants, especially MAOIs, should be phased out to reduce the risk of withdrawal symptoms .

It should be noted that moclobemide may exacerbate symptoms in depressive patients with schizophrenic or schizoaffective psychoses (therefore, continued treatment with long-term neuroleptics is recommended if possible).

On the other hand, it is warned that if moclobemide is used, no more than 100 mg/day of tyramine-containing foods should be consumed, especially in hypertensive patients. Tyramine is found in some foods such as Cheddar cheese, beans or Chianti wine. This is done in order to avoid an increase in blood pressure .

In addition, the use of moclobemide should be monitored in suicidal patients, and its administration with 5-HT reuptake inhibitors (SSRIs) is not recommended.

According to the World Health Organization (WHO) an adverse drug reaction is “any unintended harmful reaction that occurs at doses normally used in man for prophylaxis, diagnosis or treatment or for modification of physiological function”.

Moclobemide has been evaluated in numerous clinical trials and has demonstrated antidepressant efficacy superior to placebo and similar to tricyclic antidepressants and serotonin reuptake inhibitors (SSRIs).

At the tolerance level, it has a good tolerance and practically no interactions with other drugs.

On the other hand, it is safe in overdose (because of its reduced toxicity), and is considered a good alternative (first choice) to current treatments for depression, especially in polymedicated patients and those who require a non-sedating drug .