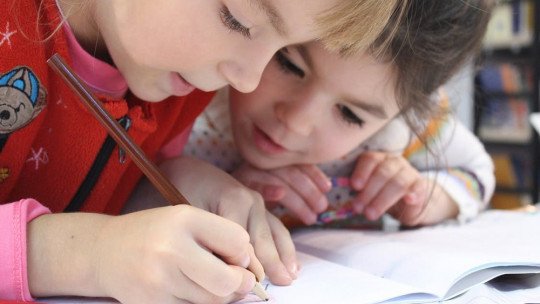 Learning by observation is very important for people’s development. A large part of the skills we acquire depends on observing the behavior of others, especially during childhood.

In this article we will describe what modelling is , one of the terms used to describe certain facets of social learning. We will also explain the processes that allow modeling to occur, and what types of modeling are available.

Modeling is a type of learning that is based on the imitation of behavior performed by a model , usually another person. This process happens on a daily basis and can be used as a therapeutic technique to facilitate the acquisition and modification of behaviour.

The term “modelling” has a similar meaning to those of “imitation”, “social learning”, “observational learning” and “vicarious learning”. Each of these concepts emphasizes a different characteristic of this type of learning.

Thus, while “modeling” highlights the fact that there is a model to imitate, “social learning” is a broad concept that emphasizes the role of this process in socialization, and “vicarious learning” means that the consequences of the model’s behavior are learned by the observer.

Modeling has different functions. Mainly it serves to acquire new behaviours , for example manual skills, but it can also inhibit or disinhibit behaviours; this depends on the person’s expectations regarding the consequences.

Albert Bandura is considered the most outstanding author in the field of modelling and social learning. It is well known the experiment he carried out in 1963 together with Richard Walters, which showed that children imitated or did not imitate the behaviours of adults depending on whether they observed that they were being rewarded or punished.

According to Bandura, learning by modeling takes place through verbal and imaginative mediation: when we learn by imitation we do so through symbolic representations of observed behaviors and their consequences.

People only learn new behaviors by observation if they are able to pay attention to the model’s behavior . Different types of variables facilitate or hinder the attention process.

For example, we more easily imitate models who resemble us in their physical or social characteristics, as well as those we perceive as prestigious and those who get greater rewards.

The likelihood of learning by imitation also depends on the subject himself; thus, anxiety and sensory deficits, such as blindness, make it difficult to pay attention to the model. On the other hand, we tend to imitate other people to a greater extent if the situation is uncertain and the task has a medium difficulty .

To be able to imitate a behavior it is necessary to be able to represent it in the form of images or verbally without the model being present. The cognitive review of the model’s behavior is very important for retention.

Another relevant variable for the maintenance of learning is its significance, that is, that we can associate it with other previous learning . Of course, the physical characteristics of the person also have an influence; it is much more difficult for people with dementia to acquire a behaviour, for example.

Reproduction is the process by which learning is transformed into behavior. Firstly a performance scheme equivalent to the observed one is generated; then the behaviour is initiated and the result is compared with such a mental scheme. Finally, corrective adjustments are made to bring the real behavior closer to the ideal.

Learning can occur without imitation; whether imitation occurs ultimately depends on the functional value that the person attributes to the acquired behavior. This process involves the expectation of reinforcement.

There must be a probability of obtaining incentives for the behaviour ; these can be direct, but also vicarious and self-produced. Therefore, motivational processes are key in imitation.

We speak of active modeling when the person who is observing imitates the model’s behavior after observing it. In contrast, in passive modeling the behavior is acquired but not executed.

2. Of the objective behavior or intermediate behaviors

The criterion of distinction in this case is the difficulty of the behaviour to be imitated . If the target behaviour is simple, it can be modelled directly; however, the more complex it is, the more difficult it will be to reproduce it, so in these cases it is divided into different simpler behaviours, which are called &amp;quot;intermediaries&amp;quot;.

In the positive modeling the learned behavior is seen as adequate by the social environment, while in the negative one a disruptive behavior is acquired . For example, when a child sees his father assaulting his mother. In the case of mixed modelling, an inappropriate behaviour is learned and then an acceptable one.

In this case the relevant variable is the way the model is presented. If it is present, it is live modelling; if it is observed indirectly, as in a video recording, the modelling is symbolic ; finally, we speak of covert modelling if the person learning it does so by imagining the behaviour of the model.

Individual modeling occurs when only one observer is present, while in the group the number of people learning the behavior is greater.

The distinction is similar to the previous case, although the number of models varies, not the number of observers. When the modeling is multiple the generalization of learning is greater because the subject is exposed to different behavioural alternatives.

Sometimes the person who models is the same person who observes ; in such cases we refer to the process as &amp;quot;auto-modeling&amp;quot;. Symbolic self-modelling using video montages has been shown to be very useful for the treatment of selective mutism.

We speak of participatory modelling when the observer interacts with the model , which can also administer reinforcements; this would occur in the case of therapists or speech therapists, for example. In non-participatory modelling, on the other hand, the subject does not relate to the model but only knows the consequences of his or her behaviour.

The criterion that distinguishes these two types of modelling is the degree of competence of the model. In domain modeling the person to be imitated has from the beginning the ability to execute the objective behavior correctly, without errors.

On the contrary, coping models acquire the skills necessary to carry out the behaviour, similar to the process that will take place in the observer. This type of modelling is considered to tend to be more effective than dominance because it is more meaningful to the observer.