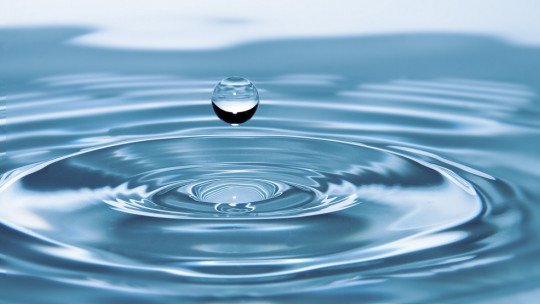 It is said that the whole universe is made of matter and that when matter changes, energy is generated. And as is normal, the curious nature of human beings has led us to ask ourselves on many occasions what all this matter is made of. Throughout history, different models have been devised to explain this, one of them being the molecular kinetic theory .

According to this model, matter would be constituted by a fundamental unit that is not possible to appreciate with the senses, I am talking about the atom. In turn, atoms group together to form molecules.

To give a classic example, the water molecule is structured with one oxygen atom and two hydrogen (H2O) atoms. But the kinetic theory not only postulates this, but also because there are the three fundamental states of matter: solid, liquid and gas .

The Origin of Kinetic Theory

Until the formulation of this model, different events took place that allowed the basis to offer this theory.

To begin with, the concept of the atom was born in ancient Greece , under the atomist school, whose disciples spread the idea that the atom is the indivisible unit that forms all matter in the universe. Democritus was one of its greatest exponents, but his proposals clashed directly with the ideas of Aristotle, which dominated the time, so they went unnoticed.

It was not until the beginning of the 19th century that the idea of the atom reappeared in the field of science, when John Dalton postulated the atomic theory , indicating that every substance is configured by atoms.

Prior to this, Daniel Bernoulli in 1738 argued that gases were formed by molecules that collided with each other and with surfaces, generating the pressure felt. Following the emergence of atomic theory, it is now recognised that these molecules are configured by atoms.

The molecular kinetic theory is born from a group of studies that were mainly carried out on gases, and whose final conclusion was similar. Some of the most outstanding works are those carried out by Ludwig Boltzmann and James Clerk Maxwell.

This molecular kinetic theory postulates that matter is formed by a set of particles known as atoms or by molecules of atoms, that are constantly in motion . As they do not stop moving, sooner or later they collide with another atom or with a surface.

This collision is carried out in a kinetic way, in other words, energy is transferred without losses , so that the atom when it collides is ejected in the other direction at the same speed, without stopping the movement. The kinetic energy that is generated in the collision is translated into the pressure that is felt.

Difference between states of matter

Although the molecular kinetic theory was born from the study of the gaseous state, since there were many studies on it that allowed to write the ideas, it also serves to explain the constitution of liquids and solids. Moreover, it offers a way to see differences between the various states of matter.

The key point lies in the degree of movement of the atoms . Matter is formed by a set of particles that are in constant movement; in a gas, atoms are free and move in a linear fashion through all the available space, demonstrating the characteristic of gases to always occupy all the space they have.

In the case of liquids, the distance between the atoms is not so great , but they are closer together, although they continue to move at a lower speed. This explains why a liquid occupies a fixed volume, but can expand over a surface.

Finally, in the solid state the atoms are very close together, without free movement although they vibrate on site. Therefore, solids occupy a specific space and do not vary in time the volume.

According to molecular kinetic theory, the force that binds atoms together is known as the cohesion force . Its name is given because the solids that have a greater presence these unions, that is, they are more cohesive than a liquid or a gas.

The importance of this model

What is interesting about this theory is how it relates the existence of the atom to measurable physical properties, such as pressure or temperature . In addition, it has a correlation with the mathematical formulas of the ideal gas laws.

I won’t go into too much detail about this, but for example, it agrees with the formulas that indicate that at higher temperatures, atoms have a higher velocity. It’s easy to understand, for an ice to turn to liquid and then to steam you need to apply heat. When the temperature rises, the H2O molecules gain speed and break the cohesion forces, changing the state of matter.