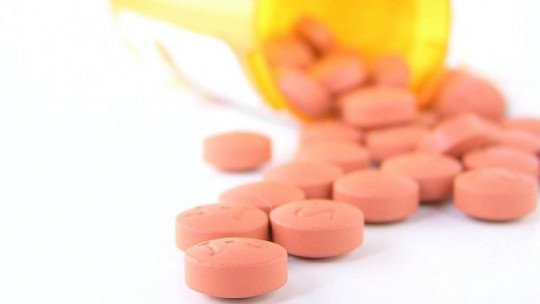 The treatment of schizophrenia has been and continues to be an area of great relevance worldwide, having generated a great deal of research in this regard. One of the most explored elements is the creation of different substances with psychoactive effects that allow a reduction and control of the symptoms, being the main ones those catalogued as antipsychotics or neuroleptics.

In this group we can find different types of substance, classified in two main groups: first generation or typical and second generation or atypical. Although it is not one of the best known, and in fact its sale was suspended in 2010, one of the typical or first-generation antipsychotics is molindone , which we will discuss in this article.

Molindone is a psychoactive drug classified in the group of antipsychotics , medications that help fight the symptoms of disorders such as schizophrenia and chronic delusional disorder. Their action contributes to reducing alterations of perception such as hallucinations or delusions, as well as to provoking a decrease in the level of brain activation of the subject and even decreasing his or her level of aggression.

It is a phenylbutylpiperidine, as is pimozide, and although it is considered to have a profile similar to atypical antipsychotics such as quetiapine or clozapine , it is generally considered a typical or first-generation antipsychotic (although some studies consider it to be an atypical, there is no evidence that its action corresponds to this class of neuroleptic).

This drug was withdrawn from the market by its creators in 2010. Although molindone has been shown in several studies to be virtually as effective as other antipsychotics, including both typical and atypical ones, it can nevertheless generate a large number of secondary symptoms. Its use was not widespread and it is no longer marketed, although some generic derivatives can still be found in some places.

As a typical antipsychotic, the main mechanism of action of molindone is based on the interaction at the dopaminergic level it generates in the brain. Specifically, it acts by blocking dopamine receptors D2 and D1. However, its effect and affinity for these receptors is much lower than that of other antipsychotic drugs. In addition, it also has cholinergic and adrenergic effects.

However, this action is not limited only to the mesolimbic dopaminergic pathway (the point at which there is an excess of dopamine in subjects with schizophrenia) but acts in a non-specific way on the brain . This results in other brain areas whose dopamine levels were within the normal range or even low, also suffering from decreased dopamine levels, which can lead to unpleasant secondary symptoms. This is the case with the nigrostriatal and tuberoinfundibular pathways, as well as the mesocortical pathway.

Molindone is a drug that was once useful in a number of disorders. The main indication for which it was approved is schizophrenia, along with other psychotic disorders. In this sense it was effective in reducing the level of activation and hallucinations. In addition to this it has been seen to be of some use in the treatment of conduct disorders linked to aggression, as well as hyperactivity.

Molindone is a psychoactive drug that was once considered useful and effective. However, in some cases it can cause a series of aversive and undesirable side effects .

The most common is the presence of drowsiness and sedation, as well as most neuroleptics . In addition, it generates a significant decrease in weight (something unusual in antipsychotics), urinary retention, hyperactivity, dry mouth, facial inexpressivity, sleep problems such as insomnia, urination problems, depression or agitation.

It is important to note that this is a typical neuroleptic, so that its effect on dopamine is non-specific to the entire brain . In this sense, it is especially frequent that it can generate severe motor symptoms such as agitation, dyskinesia or convulsions.

It is relatively common to have akathisia or an inability to keep still. Sexual and prolactin-related symptoms may also occur (as dopamine in the tuber-infundibular pathway is reduced, prolactin production is released) such as milk release from the breast or galactorrhea (in both sexes), decreased libido or menstrual cycle disturbances.

Some rare but more serious secondary symptoms are the above-mentioned possibility of suffering from convulsions, the presence of visual alterations, fever, alterations of consciousness, rashes, tachycardia or bradycardia or respiratory problems, among others. There is also the risk of the appearance of neuroleptic malignant syndrome, a potentially fatal syndrome that makes it essential to control the dosage of the drug.

As main contraindications, should be avoided in conjunction with alcoholic beverages and depressants. Neither should subjects with epilepsy or with low levels of leukocytes and urinary problems, nor with breast cancer (which it can stimulate).

Also subjects with kidney and liver failure should take special caution with this drug. People with dementia should not take this drug (in fact the Food and Drug Administration (FDA) has not authorised its use in these cases), as it increases the likelihood of death during treatment in elderly subjects with this type of condition. Children under 12, pregnant women, and nursing mothers should avoid using it.