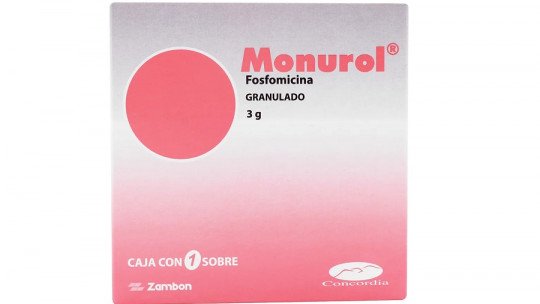 Monurol is one of the most widely used medicines to treat infections of the urinary tract , which includes the bladder, kidneys, urethra and ureters. Some of the most common are cystitis, pyelonephritis, or urethritis, to name a few.

They are usually caused by bacteria that travel from the urethra to the bladder, and are more common in women than in men (because the urethra is shorter in women). They are also common in the elderly and in people with various diseases , such as diabetes.

Thanks to its bactericidal properties, Monurol is an effective drug to treat such infections. We will now see what Monurol is, how it acts inside the body, how it should be administered, and finally, its contraindications and side effects.

What is the Monurol and what is it for?

Monurol is an antibiotic-type medication. As such, it is used to treat infections of the urinary tract or urinary tract (known as “UTIs” for short). This drug is made up of a chemical with anti-infective properties called “phosphonic acid” . From the latter, a further substance is derived, “formocin trometamol”. It is precisely the formocin trometamol that is the active ingredient of Monurol.

What phosphomycin does is block the development of bacteria by slowing down or preventing the synthesis of one of the enzymes essential for their growth. Specifically, it blocks the growth of the bacteria that cause the most common UTIs. Thus, Monurol has a bactericidal property, which helps to relieve uncomplicated urinary infections, such as cystitis and urethritis .

This drug is useful for treating uncomplicated bacterial infections, which are those caused by bacteria sensitive to the active ingredient. That is, in the case of severe infections (caused by bacteria that are highly resistant to formocin trometamol), Monurol will not be an effective drug, or doses will have to be adjusted according to the severity of the infection.

For example, this may be the case with infections in older adults or patients who spend a lot of time in bed. In the same way, Monurol is not effective for the treatment of infections not caused by bacteria but by viruses (such as the flu).

Monurol is sold in sachets containing water-soluble granules. Its concentration can be of 2 or 3 grams and it is quickly absorbed. To promote this, it is recommended not to take monurol with food, or take it a couple of hours after the last meal. It can also be taken one hour before ingestion and it is recommended to take it after emptying the bladder . Otherwise, the absorption of Monurol into our body becomes slower.

On the other hand, the recommended dose for adults with mild infections is usually a single dose (only one envelope). The decision to take Monurol 3g or Monurol 2g depends largely on the severity of the infection.

For older adults, or for people with severe infections, the general recommendation is to take two doses (2 sachets) in the same day. Again, depending on the severity of the infection, Monurol 3g or Monurol 2g can be given.

Once administered, Monurol is expected to have the expected effects within two to three days . The latter also depends on the person’s medical history (for example, whether they have had recurrent infections or inflammations in the period before taking Monurol). In fact, it is common for the treatment to take a few more days to take effect when there has been some previous inflammation.

The Monurol is contraindicated in the case of persons who present the following conditions:

As with all medications, Monurol produces some adverse effects. These are mild and moderate effects, including nausea, burning sensation in the chest and diarrhoea . On very few occasions, cases of anaphylaxis have been reported, specifically due to allergy to the active ingredient.

Special medical management is also necessary for people with diabetes, due to the high sucrose content of this medicine. If you have taken more than the recommended dose, it is important to drink water, because the phosphomycin trometamol is excreted through the urine.