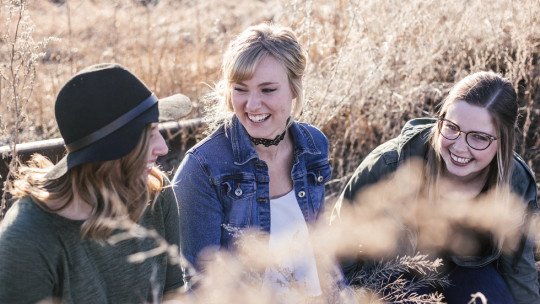 We know that science tells us that valuing the positive in others has the effect of improving mood and increasing motivation. However, we find it easier to criticize than to acknowledge . It is inherent to human beings; in fact, we can say that we are predisposed to focus our attention more on the negative than on the positive.

Our brain gives much more importance and value to the negative than to the positive. It is a good survival machine, and therefore it detects very well the bad that can happen to me in the future, remembering easily the negative that happened.

Studies indicate that to compensate for negative criticism of a person we would have to make five acknowledgements of something positive. The negative “weighs” in importance five times more than the positive for our mind .

The propensity for negative criticism

In our vocabulary there are more words for the negative than for the positive. James R Averill, professor of psychology at the University of Massachusetts, finds 558 words that describe emotions, of which 62% are negative and 38% are positive.

However, the fact that we are recognized as good generates well-being, even more so for the person who exercises it than for the person who receives it. Thus, in an experiment carried out by psychologists Robert Emmons and Michael McCullough, they showed that people who were grateful ended up happier , more optimistic about the future, with better physical health and even did more sport.

For this reason, Amstel proposed that I collaborate as a psychologist in a study on Recognition in Spain. The study was carried out by the social and market research company, MyWord. 1650 online interviews were conducted in January 2018 with Spanish adults.

Among the conclusions we reached, the following stand out.

Only half (50.3%) of Spaniards believe they deserve recognition

Our lack of habit of recognition is so significant, that it is even very difficult for us to recognize our own capabilities, our effort and what we are capable of doing.

84.5% believe that envy is a very human passion but too Spanish

Surveys have shown that we do not practice the habit of recognition. However, 84.5% of those polled believe, as Menéndez Pidal said, that “Envy is a very human passion but it is too Spanish”.

40.9% think that envy is the capital sin that most characterizes us

Envy is the second most common reason, after lack of habit, to explain the lack of recognition: it is chosen by 67.9% of those interviewed.

The world of work is where we feel least recognized

In the labour field, the following results were obtained.

83.3% of the population feel that their bosses do not value a job well done

Thus, eight out of ten think that Spaniards do not feel recognized at work . Women and people between 25 and 54 years old are the ones who most identify with this lack of recognition.

Among women this way of feeling is even more significant.

Statistically, is a more frequent habit in women .

60.5% think that it costs us a lot or enough to congratulate a boss or colleague

Men and older people adhere more to this view.

At the family level…

In this sphere of our lives, it is also not too common to congratulate.

67.7% believe that it is difficult for us to be grateful to our mothers

It is the young people who share this opinion the most .

61.2% believe that couples do not recognize how important they are to each other

Men and older people are more likely to feel this way.

63.6% believe that grandparents are not recognized enough

The time dedicated by grandparents to their grandchildren is not valued and recognized .

In social networks, the complaint to recognition predominates.

Other striking data extracted from the analysis of more than 100,000 comments in networks, are the following.

In the remaining 78% we included totally or partially some data or word of lack of recognition .

91.5% feel significantly happier when they receive a Whatsapp from a loved one that says how important it is to them

This feeling of joy increases among women and young people between 18 and 24 years old .

91.9% are happy to receive a call from a friend thanking them for a favour

Women and people between 35 and 54 are even happier.

89.6% are happy the day their boss congratulates them on a job well done

It is the women and the youngest who share this feeling the most.

87.2% feel more acknowledged receiving an e-mail from a colleague saying that they appreciate him/her for being generous

Women are the ones who appreciate it the most .

82.5% are happy the day their partner highlights their virtues in front of friends or family

Women and people between 25 and 64 years of age appreciate it even more.

With this devastating and significant data we have collaborated to make the campaign #HoradeReconocer de Amstel. Among other marketing actions, an eight-episode web-series has been produced, directed by Daniel Sánchez Arévalo and starring Javier Gutiérrez, who recently won the Goya 2018 for Best Actor in a Leading Role. The objective is to promote in Spain the culture of recognition as a habit, as it brings multiple benefits .