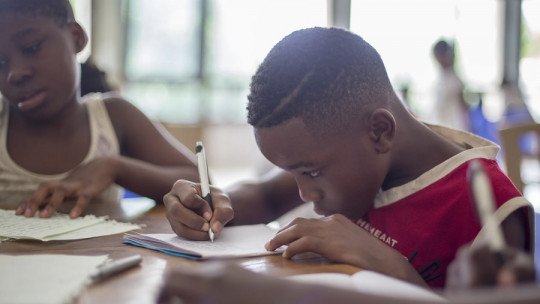 It can be seen with increasing frequency how the current rapid pace of life is causing interference in both personal development and academic follow-up that some schoolchildren (and also applicable to some adults) are able to perform today.

This functioning that has been acquired in the last two decades based on immediacy seems to be influencing two very relevant aspects that condition the process of emotional maturation of the youngest: the capacity to tolerate frustration and the level of motivation to achieve the goals proposed.

Both phenomena have a mutual influence, that is, the low ability to accept that sometimes certain events take place in a different way from previous expectations, causes negative effects on the ability to get excited and interested in trying to achieve that goal again or propose a new one, and vice versa. In this article we will focus on seeing what are the factors involved in the motivational capacity .

The misuse of new technologies and their effect on motivation

As we have seen, a high level of demotivation implies a perceived low capacity to achieve a goal or overcome a difficulty, which increases the level of frustration felt by the person.

On the other hand, it should be noted that both aspects intrinsically involve the personal competence to strive to achieve something and to sustain that effort in the longer term .

Therefore, an accelerated operation, where by system one must attend to so many simultaneous stimuli (doing homework while taking a snack and consulting the mobile phone to ask what exercises should be done for the mathematics class, while listening to the TV in the background, for example) is not facilitating the ability to dedicate more extensive and exclusive time to a specific objective or task.

Studies corroborate that mismatches in both skills can lead to a low level of self-esteem, the appearance of an insecure personal style or even lead to school failure .

For all these reasons, as educators, it seems necessary to clarify a series of keys and measures that could be efficient to reverse or at least limit the harmful effect that this era of digital and technological revolution is generating in the motivation and tolerance to frustration that the child and youth population presents today.

The phenomenon of motivation can be defined as the set of factors that drive a person to act in a certain way and with a specific effort .

It is the main engine that allows the acquisition of new learning and is characterized by its clear internal nature, being the result of the combination between cognitive aspects (thoughts) and affective aspects (emotions and feelings), despite the fact that it is the result of the interaction between the individual and the experiences he receives from the environment.

According to Maslow’s approach in his Theory of Need (1943), motivation is understood as a need that drives the individual to act . This author proposed a hierarchy of needs, starting from basic or survival needs (physiological) to those of personal growth (self-realization). Based on these postulates, the author affirmed that first the inferior needs must be satisfied and then move on to the superior ones.

Some might advocate the conclusion that motivation for academic learning and knowledge in general, for example, would occupy an advanced place in the pyramid, since it could not be conceptualized as a physiological, security, social or esteem need. Perhaps this idea explains why the motivational capacity for knowledge does not occupy a priority position in some young people, above all when such learning is perceived as abstract, with little functional logic or lacking practical application on the part of the students.

As mentioned above, motivation is mediated by different factors that can influence how it develops in each individual. Firstly, a distinction should be made between two key concepts:

Intrinsic motivation (MI) is defined by the set of goals that the person sets for him/herself due to a self-perception of positive competence and internal self-determination (e.g. “I’m going to work hard at practice because I’m passionate about basketball and I feel great about watching my progress”).

Extrinsic motivation (ME) is more linked to achieving external rewards (e.g. “if I pass the school year, my parents will reward me with the latest model of mobile phone”) or avoiding punishment.

Deci was one of the first authors to make this differentiation, arguing that the first type of motivation is the one that has the most power or weight in the achievement of personal goals, since it is characterized by a deeper approach to the concept of motivation.

Thus, it has been possible to demonstrate the existence of a high correlation in people who present an MI with respect to the fact that they focus their attention on the process instead of the result , that they understand errors as natural phenomena and not as failures and that they show preferences for tasks that represent a challenge instead of those that are more accessible and require less effort.

On the other hand, according to the contributions of Weimer’s Attributional Theory (1971) and later reformulated by Seligman (1984) there are three motivational dimensions that will be determinant in how the person will configure the perception of his individual objectives.

In second place we have the stability , defined as the capacity of modification that has the cause of the fact. This can be stable (or unmodifiable, “it is impossible to pass mathematics”) or unstable (or modifiable, “even if it is difficult for me, I know that it is possible to pass mathematics”). In this second aspect, a fact perceived as modifiable seems to correlate more with the level of MI.

From this we can extract the relevance of transmitting values and educational styles that are oriented towards promoting greater intrinsic motivation, as well as the habit of attributing one’s own behaviour, both successful and erroneous, which tends towards a locus of control that is balanced between the internal and external dimensions, a certain unstable character of the facts and a degree of realistic control over such behaviour.

On the contrary, when the person tends to make an extreme evaluation of his failures , attributing them to totally internal, stable and permanent causes, the appearance of a state of learned helplessness is precipitated. This phenomenon is defined as a perception of low competence, demotivation and hopelessness that distances the individual from the achievement of the proposed goals, since it internalizes that situations and results occur independently of his or her behavior.

From what has been exposed up to now, a series of practices can be determined that can be useful to educators, both in the academic context and also in the family context , in order to promote the acquisition of a set of personal resources that favour the internalisation of a satisfactory individual motivational capacity within the child and youth group.

It allows to understand the difficulties and particularities of the child , where it is possible to evaluate the effort invested in each established objective, however small it may be.

On the contrary, authoritarian profiles, demanding and focused only on the result, will generate a state of pressure, insecurity and low level of self-esteem and in the perception of self-competence.

The goals set should be short-term, achievable and realistic

To this end, it is necessary to carefully consider the point from which the subject starts , so as not to present overly ambitious objectives that favour the emergence of previously frustrated expectations.

Active participation of the subject himself in the assessment of progress

It is a type of fundamental positive reinforcement that will provide the person with a continuous dose of individual reward and satisfaction. Thus, it is very beneficial to make a record of the progress achieved on a regular basis (daily, weekly, monthly).

As indicated above, should be perceived as useful, practical and even attractive to the individual .

It seems that the level of motivation decreases in the face of abstract or very theoretical methodologies that do not sufficiently involve the recipient in his or her learning process. This element is key, since it also favours a higher index of attention and concentration on the proposed task.

Setting limits on the use of technological devices

Their withdrawal during the working sessions in order to avoid constant interruptions is important, since will significantly facilitate the level of attention to the task in question .

As can be observed in the text, the lifestyle maintained at present is having a significant impact on the perception that an individual develops of his or her capacity to achieve personal goals (academic or professional), especially if it is a question of children and adolescents, who are in the middle of their individual growth and maturation stage.

It seems essential, from the perspective of educational agents, to guide young people in combating the many inertias that this digital and technological age is immediately causing in the development of certain psychological skills, such as motivation and tolerance to frustration. Such social inertias make it difficult to focus on non-quantitative, non-competitive aspects or on goals that imply a more long-term effort.

Thus, becoming more aware and more actively and carefully assessing the involvement made during the process rather than the result, encouraging a more sequential rather than simultaneous and accelerated lifestyle, cooperating and having a more collective and generous vision rather than focusing exclusively on individualistic interests, and accepting that obtaining a result different from the expectations generated does not imply failure but an opportunity to learn, can ultimately foster the level of personal motivation to set one’s own goals.