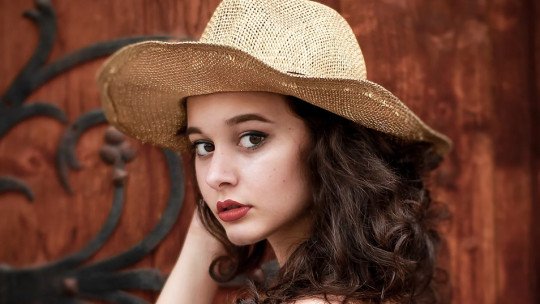 Narcissism is one of the most researched personality traits in the field of psychology. If it occurs at an extremely high intensity, it can give way to mental disorders, such as Narcissistic Personality Disorder, but even at low levels it presents striking and sometimes conflict-causing characteristics.

In this article we will see what are the defining features of narcissistic people and how it is possible to identify them.

Narcissistic people talk and act as if they were part of the most important elite on planet Earth. You can see this, for example, in the way they address other people: it is not necessarily hostile (it usually is not), but it is based on the assumption that one has the power and the other must adapt to one.

But not all narcissists express their feelings of grandiosity in a transparent way. Some adopt a rather low and discreet profile . In these cases, the feeling of grandiosity is based on fantasizing about a future in which a power will be held that will subdue the rest, and on cultivating resentment against those who are perceived as better valued by their social surroundings.

2. They get frustrated quickly

When something goes wrong, narcissistic people react with anger and in a quick, almost automatic way. This is because the great self-image they try to maintain through their actions and their interaction with the environment and with others can be deeply damaged by any setback .

3. They aspire to leadership roles

Another characteristic of narcissistic people is that, in order to make reality fit as much as possible with their self-image, they try to gain power and reach leadership roles. It is not that they are better leaders per se, but that they try to avoid the cognitive dissonance of holding a lower hierarchical role and, at the same time, believing that one is more than the rest.

It may seem counter-intuitive, but narcissistic people have, behind the armour that is their public image, more insecurities than the rest. That’s why frustrates them deeply if the rest don’t show them the proper respect (which, to satisfy their expectations, is very high).

Thus, the self-concept of these people is a matter of all or nothing: by default, an idealized self-image is assumed, but the slightest brush with reality generates a lot of discomfort and puts all beliefs about oneself in check.

5. They make up stories to avoid assuming their mistakes

Narcissistic people have serious problems accepting that they have made a mistake, and avoid showing weakness by asking for forgiveness .

That’s why they project the blame on others, going to extremes in which the failure of an action they have performed is seen as the fault of another person who is not present, for example, for having bought a poor quality object or material with which one cannot work well.

Sometimes the frustration of not being able to make up a minimally credible story on the fly about why someone else is to blame for what you have done can lead to increased frustration and anger.

6. They value aesthetics and appearances very much

Narcissistic people are constantly judging others , and so they need an easy and simple way to do it. In practice, this means that they pay a lot of attention to people’s appearances: the clothes they wear, their style, etc. They do not necessarily value those who fit best with the canons of fashion, but attribute more or less “character” and “personality” to those who meet certain requirements.

7. They have a lot of control over their image on social networks

They are very scrupulous in filtering the image they give in social networks like Facebook. Besides tending to have many “friends” added (since having many gives an image of popularity, whether they are known or not), they show only those personal photographs that have gone through a selection process. Sometimes, they use image editing programs to retouch these photos trying not to be noticed.

8. They take everything personally

Narcissistic people believe that everything that happens is part of a popularity contest. Unfortunately, that means that they are often overtaken by someone, even if that someone doesn’t even set out to please the rest. In these cases, the narcissist feels attacked and may adopt strategies of attack against the other, not always confronting him directly.

9. They do not conceive the concept of “constructive criticism”

It is unacceptable for narcissistic people to focus attention on their mistakes and weaknesses. That is why the idea that such criticism can serve to improve in the future does not make sense.