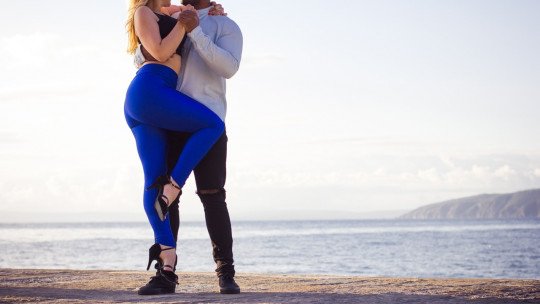 They say that first impressions are crucial, and rightly so . Bearing in mind that time is precious in decision making, the first minutes in which we come into contact with an unknown person will lead us to decide to what extent this person is attractive or repulsive to us.

We simply cannot afford to examine each person in all their depth, paying attention to all their details and nuances, if we don’t even know if it is worth spending our time on it.

Are narcissists and psychopaths more attractive?

When what we have to decide is whether or not the person in front of us is a potential partner, however, there is a paradox that we are trying to judge whether we can plan a life (or a few years) together from information that we gather in a very short time, with the first conversations. Perhaps this apparent contradiction is what makes it possible for us to be attractive to the people we should least expect when it comes to creating common projects.

Strangely enough, a study published in the European Journal of Personality has concluded that narcissists and people with psychopathic traits are at an advantage in speed dating and are perceived as more attractive than the rest. The Seductive Power of the Dark Triad

You may have noticed that these features do not fit very well with anything that has to do with collective projects and the establishment of common objectives, which are fundamental pillars of family stability. However, from an evolutionary point of view it is very possible that people who only care about themselves will be successful in reproduction: they just have to manage to manipulate people enough to generate offspring and make them reproduce.

Thus, these personality traits could be inherited from generation to generation .

In this study, a team of researchers wanted to see to what extent these three personality traits might be related to greater success in a series of speed dating conducted under their supervision.

How was the study conducted?

First, the researchers selected 90 people (44 men and 46 women) between the ages of 18 and 32. Once this group of volunteers was identified, they were given a questionnaire that measured their scores on both the Dark Triad and Big Five personality traits (extraversion, responsibility, friendliness, emotional stability and openness to experience), which in other studies have been linked to success in maintaining long-term relationships.

After completing the questionnaires, the participants went on to make a series of quick appointments with each other. In total, 691 speed dating sessions were conducted, lasting three minutes each. After each date, participants filled out a form on which they rated the other person on several aspects, including his or her physical attractiveness, the desire to initiate a friendship with him or her, and the degree to which he or she would agree to have casual sex with the other person.

The scientists found a significant correlation between the score on psychopathy and narcissism and the chances of being chosen for short relationships , in both men and women, and regardless of their degree of physical attractiveness. That is, the more narcissistic and psychopathic individuals were more desirable as partners for short-term relationships. However, the correlation was inverse in the case of the Machiavellian trait.