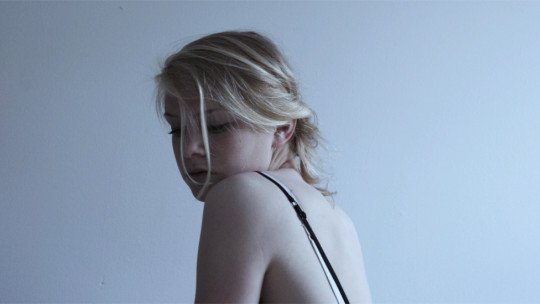 What we understand by “mind” seems to be a succession of thoughts, images and perceptions that rarely stop. Sometimes we consciously control our mental contents, but most of the time they work automatically, making life easier for us.

Negative automatic thoughts are a special case . These are events that cause us unpleasant emotions and interfere with the achievement of our goals; sometimes even this type of thinking is attributed a causal and maintenance role in psychological disorders, as is the case with depression.

What are automatic thoughts?

Automatic thoughts are images and verbalizations that arise spontaneously during everyday life. These types of thoughts appear constantly and are generally adaptive, since we cannot control our mind at all times, but some types of automatic thoughts favour the appearance of disorders.

The main problem with these thoughts is that we tend to take them as true even though we have no evidence to confirm them. As they appear naturally, automatic thoughts fit into our sense of identity , even when they are negative, and it can be difficult to distance oneself from them.

The psychiatrist Aaron T. Beck, known for developing the most influential theoretical and therapeutic model in the framework of cognitive therapy, stated that negative automatic thoughts are the immediate cause of the symptoms of depression , since they cause the appearance of unpleasant emotions and interfere with behaviour.

This concept has subsequently been applied to other disorders as well, particularly those related to anxiety, such as obsessive-compulsive disorder, social phobia and generalized anxiety disorder.

Negative automatic thoughts share a number of traits that differentiate them from other mental content . The characteristics that we will describe below refer especially to the analyses carried out on depression.

As its name indicates, automatic thoughts do not depend on the conscious mind but appear without our wishing to do so . They are an automatic consequence of the situations we encounter in our daily life and it is not possible to control them before they appear, although we can handle them once they have arisen.

Negative automatic thoughts often contain pessimistic messages, particularly referring to ourselves and our personal abilities or worth. For example, thoughts similar to “Although I studied I’ll fail because I’m stupid” are common in many people.

Pessimism carries with it self-fulfilling prophecies: since automatic negative thoughts make us doubt ourselves, if we take them as valid they interfere with the achievement of our goals . In the previous example, the person may approve if he studies, but the negative thought will make it difficult for him to do so.

The fact that negative automatic thoughts usually have a plausible character makes it easier for us to identify with them . Furthermore, listening to these thoughts leads to them becoming more realistic; if we believe that we are socially inept it is more likely that anxiety will lead us to make mistakes in social interaction.

Although credible, negative automatic thoughts are derived from distorted interpretations of reality. They are based on partial truths, but ignore facts that contradict them and that are equally true. This characteristic is related to the cognitive distortions also described by Beck.

How do you handle automatic thoughts?

Below we will describe an effective procedure for learning to identify and manage negative automatic thoughts . These steps are based on three techniques developed by Beck: the recording of automatic thoughts, the four question technique and reality tests.

1. Write down the situation, emotion, and thought

At first, negative automatic thoughts can be difficult to detect and process, so it’s a good idea to start with a simple technique. When you feel an unpleasant emotion , such as sadness or nerves, this will be used as a signal to note which thoughts or images arise. It is also advisable to write down in what situation they occur.

These types of thoughts tend to be quite idiosyncratic, so it is very common for each person to repeat certain messages. When recording automatic thoughts it is important to pay attention to which ones appear with special frequency ; thus we could detect a tendency to catastrophism or perfectionism, for example.

3. Assessing the degree of realism

Once we have learned to easily identify negative thoughts, it is time to make the procedure more complex. A very useful strategy is to reflect coldly on the credibility we give to these thoughts and evaluate it from 0 to 100 . The aim is to understand that, although they have a part of truth, we tend to overestimate it from the emotion.

We can use the thought log to propose rational messages to replace automatic ones; this is especially important in the case of recurring thoughts. We must ensure that these alternatives are realistic and not pessimistic.

So, if we often think “I’m just talking nonsense”, an alternative message might be “Sometimes I talk about things that don’t interest other people very much”. We can also rate our degree of confidence in these rational thoughts from 0 to 100.

As we normalize the previous steps as daily strategies, it will be easier for us to substitute negative automatic thoughts with rational alternatives; with practice we will be able to do this immediately when negative thoughts are detected. This will help us to reduce the negative emotions that derive from them.

Beck posed the reality tests as experiments that test the hypotheses of the most relevant automatic thoughts. The type of test will depend on the thought and the alteration we suffer. In this case it can also be useful to evaluate from 0 to 100 the expectations before doing the test, and to evaluate the success again afterwards.

For example, in a case of social phobia, you can test the thought “I can’t talk to strangers without becoming very nervous” by planning brief interactions with people you don’t know (e.g., asking them what time it is) and increasing the level of challenge progressively.