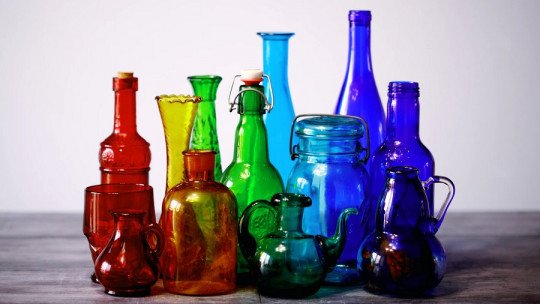 Nelophobia is the persistent and intense fear of glass. It can be described as a specific type of phobia, and as such, there are many elements that can cause it. There are also several ways to decrease a person’s anxiety responses.

In this article we will see what nelophobia is , what else is it called, what are its main causes as well as some strategies for its assessment and treatment.

Nelophobia is the persistent and intense fear of glass. As a phobia, this fear is presented in an irrational way, that is, it is not justified by the person’s cultural codes. Another term used to refer to the phobia of glass, are “hyalophobia” or “hyalophobia” and “crystallophobia”.

The term “hyalophobia” is one of the most widely used synonyms for nelophobia. It is composed of the Greek “ýalos” which means “crystal”, and “phobos” which means “fear” or “dread”. As it is not a generalized fear, but rather it manifests itself before a specific stimulus (the glass), this could be considered a phobia of a specific type.

As such, this fear is considered a specific phobia when the anticipation, avoidance, or discomfort related to the stimulus significantly interferes with the person’s daily routine (academic, work, personal responsibilities, etc.), and this cannot be explained by other diagnoses such as Obsessive-Compulsive Disorder, post-traumatic stress, or social phobia.

Finally, the person may be aware that his or her fear is excessive, but not necessarily so.

In general, the main symptoms of specific phobias are those related to an intense anxiety response. They are caused by the activation of the autonomic nervous system once the person has been exposed to the stimulus and include such manifestations as sweating, hyperventilation, increased heart rate, decreased gastrointestinal activity , and in some cases a panic attack may be triggered. This is most common when the stimulus causing the phobia presents no significant opportunity for avoidance.

In the same way, specific phobias cause some manifestations of a secondary type, which are those that are not easily observed, but can have a negative impact on the person’s functionality. These are, for example, constant avoidance and defensive behaviours .

Likewise, the fear is caused by perceiving the possibility of damage, which in the case of nelophobia could be suffering some injury caused by the glass. However, other specific phobias may be caused by a different concern, related to ridicule, loss of control, experiencing unpleasant physical sensations, or suffering a panic attack.

One of the most accepted explanatory theories about the development of phobias is the theory of preparation, which says that it is enough to have had a direct or indirect aversive experience with the stimulus to increase the probability that a fear becomes a phobia. In other words, one of the causes of specific phobias is having had a direct negative experience with the stimulus , or having witnessed this experience.

In the case of nelophobia, this would mean, for example, having had an injury or accident where glass was involved, or having seen someone else suffer from it.

Along the same lines, another element that can increase the probability of developing a phobic fear is the severity and frequency of negative experiences, that is, how much real damage was caused by exposure to the stimulus and how many times this has occurred. Thus, it is more likely to develop fear of stimuli that represent a significant threat to physical integrity and biological stability.

However, some studies have reported that this criterion is not always met. There are fears that do not correspond to the history of direct and indirect negative experiences, so it is important to have an in-depth assessment of how threatening information has been transmitted, acquired and consolidated.

The clinical assessment should begin by exploring which situations are feared and avoided, as well as which behaviors are causing problems in terms of functionality. For example, expectations of danger (the cognitive level), avoidance or defensive behaviors (the motor dimension), the degree of anxiety response (the physiological dimension), and the experience of fear (the emotional level).

Then it is important to detect which elements of the problem are getting worse or worse, especially with regard to the stimulus. This refers, for example, to assessing the frequency of exposure to the stimulus and the degree of danger it represents, as well as the related escape alternatives. In the case of this phobia, the aim would be to determine the level of exposure of the person to glass environments, how risky they may be and what risk reduction alternatives exist.

It is also important to know the history of the person’s life and the associations made with respect to the stimulus he or she perceives as harmful. From there, detect the resources and strategies of confrontation to determine which factors need to be reinforced, diminished or accompanied.

Regarding treatment, the theory of the non-associative explanation, which says that phobias can be generated without the need for associative learning, has postulated that the fear response can decrease when the person is exposed in a non-negative and repeated way to the feared stimuli .

The effectiveness of each one depends largely on the intensity of the anxiety response as well as on personal history and the degree of risk represented by the phobic stimulus.