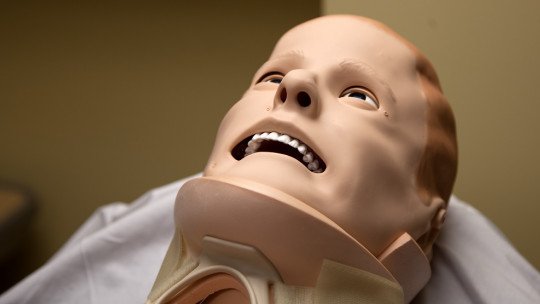 Facing the new, everything that is unknown to us always generates a certain feeling of tension and even some nervousness. This response can be completely natural as long as it is within limits, due to not knowing what we are going to find or whether we will like it or not.

However, when this response becomes disproportionate and excessive, to the point of interfering in the person’s daily life, we may be faced with a case of neophobia . In this article we will discuss the characteristics that define it as well as the relationship with food phobia.

Within the long list of specific anxiety disorders or phobias, we find some conditions as curious as neophobia. This disorder is characterized by the experience of a disproportionate, persistent, irrational and uncontrollable fear of all those situations that are perceived as novel .

For these people, events such as facing the first day of work or school, as well as having to go to an unknown place or have an experience they have never faced before, are practically impossible since the anguish and torment they have suffered make it impossible to face such situations.

There are a great number of situations that can generate fear and anxiety in neophobic people, including any kind of change in their life or usual routine.

Patients with neophobia are characterized by being very routine people, with very established life patterns and by preferences towards everything that is familiar to them. Therefore, this anxiety disorder becomes a protective shield for all those people who are afraid of breaking their routines .

On the other hand, nosophobia can manifest itself as a means of having control of what surrounds them, since a new situation necessarily implies a certain margin of uncertainty, which generates a fear of not being able to control the situation.

What about the food nephrophobia?

Within the category of neophobia we find a special situation that, due to its high incidence, has its own name. This is food nosophobia. This type of alteration consists of the constant, insistent and accentuated resistance to trying new foods .

That is, those with food phobia avoid in every way possible to taste or eat foods they have not tasted before. Although not always necessary, in the most severe cases, eating neophobia may constitute an eating disorder, specifically it occurs as a symptom of food avoidance/restriction disorder.

This disorder occurs mainly in young children , who show a strong resistance to eating some fruits or vegetables. In this specific case of infantile alimentary neophobia, it is associated with certain personality factors such as irritability, sadness or discomfort and tends to be accentuated between the ages of two and six.

After this stage, the symptoms of neophobia diminish, although they may continue into adulthood, and are often accompanied by other emotional symptoms such as anxiety and distress.

The main symptoms of neophobia are those of any specific anxiety disorder , which include experiencing high levels of anxiety in coping with the feared situation or even just imagining it.

However, there are a large number of symptoms related to neophobia. These can be classified into physical symptoms, cognitive symptoms, and behavioral symptoms. Although they do not necessarily arise in the same way and with the same intensity in all people, you will need to experience signs of all three categories.

Experiencing high levels of anguish and anxiety caused by a phobic fear usually leads to a series of changes and alterations in the body. This is due to the hyperactivity of the nervous system, which can cause the following symptoms:

Along with the physical symptoms, neophobia is characterized by presenting a series of distorted beliefs and irrational thoughts about the feared situation. In this case, to everything that is perceived as novel.

This cognitive symptomatology appears as follows:

Finally, behavioural symptoms include the whole repertoire of behaviours that the person carries out with the intention of avoiding or escaping from the feared situation. These behaviors are known as avoidance behaviors or escape behaviors .

The first type, avoidance behaviors, includes all those acts that aim to avoid the encounter with a new situation. Following the daily routine inflexibly or avoiding contact with anything unfamiliar makes it possible for the person to temporarily avoid experiencing feelings of distress and anxiety that are typical of a phobia.

In contrast, escape behaviors occur when the person with neophobia has not been able to avoid the feared situation, so he or she will do everything possible to escape from the situation as quickly as possible.

The job of determining concisely the origin of a phobia can be highly complicated, since there is not always an event that triggers it. In any case, the existence of a genetic predisposition, together with the experience of highly traumatic experiences and events , can favour the appearance of a specific phobia such as neophobia.

There are also many other factors that can predispose a person to develop a specific phobia. These include certain personality types, cognitive styles, or the influence of vicarious learning.

In cases where neophobia significantly interferes with the person’s daily life, it is advisable to see a mental health professional . Currently, different psychological interventions can be found that can favour the remission of symptoms until they disappear.

Psychological treatments of a cognitive-behavioral nature use cognitive restructuring techniques that can help eliminate irrational ideas and beliefs, which often form the basis of this disorder.

This cognitive intervention is more effective if it is accompanied by treatments such as systematic desensitization or live exposure which expose the patient, gradually and accompanied by training in relaxation techniques, to the thoughts or situations that cause this fear.