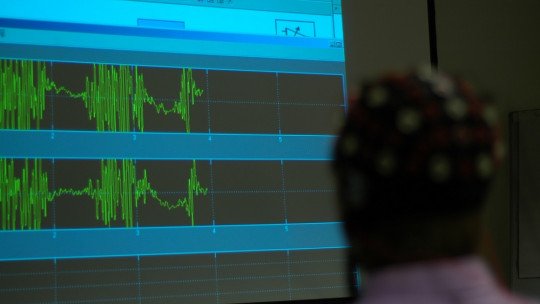 In recent times we are witnessing a true revolution in the development of diagnostic and therapeutic tools that allow us to evaluate and influence brain function. And among all of them, the Biofeedback stands out and more specifically the Neurofeedback, a form of Biofeedback that acts through the recording and regulation of the brain’s electrical activity (electroencephalogram).

Neurofeedback, therefore, is a type of neurotherapy, that is, a treatment that seeks to modify brain function by acting directly on it.

Unlike psychotherapy, which influences different psychological processes through the relationship between therapist and patient, neurotherapy is approached from the brain-machine relationship , and does not address the psychological processes themselves, but the underlying neurobiological state. Let us therefore see what the keys to Neurofeedback are.

A form of neurotherapy

Obviously, all psychotherapy will produce, if effective, changes at the neurobiological level, because the mind is based on neurochemical and neurophysiological processes of the nervous system. And vice versa, in any type of neurotherapy the therapist-patient relationship will have its role and will condition its effectiveness.

However, to simplify, we will say that psychotherapy works on psychological processes, and has as one of its central elements the therapeutic relationship, and neurotherapy works looking for the direct modification of the function of the nervous system , through specifically designed devices. That is, neurotherapy is a therapy focused on the neurobiological level, and through its influence on that level, it will also modify psychological processes underlying them.

Technically, therefore, Neurofeedback is a treatment that acts on the brain waves to allow the person to be aware of their brain activity and modify it . Based on an electroencephalographic (EEG) recording, Neurofeedback devices extract a series of parameters that will be used to evaluate the bioelectrical function, transforming the analogical signal (the classic EEG that we all know) into data whose modification we can program.

In any case, Neurofeedback is a non-invasive method that influences brain function in a passive way , through the reinforcement or inhibition of certain brain waves by means of images or sounds. In other words, Neurofeedback devices do not emit any type of wave or energy.

Its use in mental health

Biofeedback in general, and Neurofeedback in particular, have a clinical aspect, and another one oriented to performance improvement . As for its clinical applications, the most recognized is the treatment of attention-deficit hyperactivity disorder (ADHD), having been included in various clinical guidelines in this field and endorsed by scientific groups such as the American Pediatric Association. Apart from ADHD, favourable results have been published with disorders as diverse as brain damage, epilepsy, anxiety, OCD, headache, etc.

Regarding its use in performance improvement, has been applied in the preparation of elite sportsmen , artists and in the improvement of cognitive function in healthy subjects.

Vitaliza’s commitment to the use of Neurofeedback as a therapeutic tool, either as a final choice therapy or as a complement to other forms of intervention, is definitive. The experience of the last twenty years has been very encouraging and this has encouraged us to promote, together with other health professionals, the creation of the Spanish Society of Bio and Neurofeedback (SEBINE), a true regulator and driving force in the sector in our country.