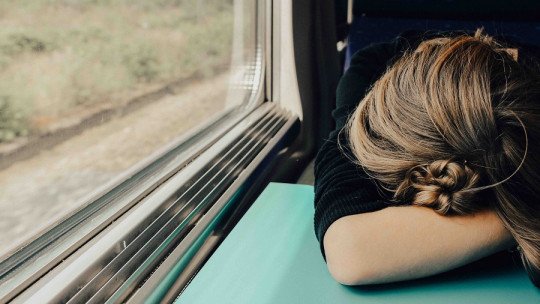 The use of antipsychotic medication within the mental health field is one of the most widely used remedies when intervening in patients with some type of disorder or illness in which a series of psychotic symptoms exist. It is also increasingly prescribed for mood disorders and personality disorders.

However, sometimes the consumption of this antipsychotic medication is associated with certain side effects, which interfere with the proper functioning of the central nervous system. A rare disease associated with the effects of this medication is neuroleptic malignant syndrome , which can lead to numerous complications in the body and even death.

This unusual syndrome is characterized by complications such as dysautonomia, elevated body temperature, changes in consciousness and even death in cases where timely intervention is not carried out.

This syndrome tends to affect more males at an early age who are given an extended-release neuroleptic . As well as in Parkinson’s patients who have their doses moderated or their usual dopamine treatment stopped.

The symptoms associated with the neuroleptic malignant syndrome tend to appear during the first three days after the patient begins treatment . These symptoms begin with the appearance of a feeling of anxiety which precedes the alterations in the state of consciousness.

The most characteristic manifestations of this syndrome are hyperthermia and muscle stiffness. As for hyperthermia, the person may suffer from fevers of between 38.5º and more than 40º, this being considered an indispensable requirement for the diagnosis of this condition.

On the other hand, muscle stiffness can lead to complications such as dysarthria or difficulty articulating sounds, swallowing problems and excessive saliva secretion. As well as hypoventilation and suffocation or breathing difficulties.

Other symptoms found in people suffering from this syndrome include

Causes of this syndrome

The main theories within the study of the neuroleptic malignant syndrome point to the different effects that neuroleptics can have on the correct articulation of the pyramidal system and on the hypothalamus.

The hypothesis most supported by the scientific and medical community proposes that a decrease in the dopaminergic activity of the central nervous system may interfere with the proper functioning of the basal nuclei and the hypothalamus.

In addition, other symptoms such as muscle stiffness, slowness of movement, mutism and jerking or palpitations are likely to be caused by an instability or disturbance of the dopaminergic system in the hypothalamus.

Finally, the administration of dopamine agonist drugs, such as bromocriptine, has been found to be effective in reducing the symptoms associated with neuroleptic malignant syndrome.

There are a number of well-established criteria for diagnosing this disorder. These criteria are classified as major and minor, and the person must meet at least three major criteria, or two major and four minor criteria.

However, there are discrepancies within the medical community in pointing to increased creatine kinase (CPK) as a major criterion. From this point of view, a series of alternative diagnostic criteria have been designed according to which for an effective diagnosis a person must suffer these three symptoms:

Since the mortality potential of the neuroleptic malignant syndrome is considerably high, it is necessary to rule out any other type of condition or disease, as well as current ones, as quickly as possible .

For the differential diagnosis, the possibility of the person suffering from any of the following alterations must be ruled out:

In cases where the syndrome is caused by the effects of neuroleptics it will be necessary, first of all, to withdraw the medication and provide supportive care and assistance both to lower the body temperature and to reverse the low blood pressure by restoring fluids and using vasoactive medications.

In the majority of cases in which the syndrome is detected in time , the support intervention is effective and is sufficient for the syndrome to remit and lead the patient to a recovery without any type of sequelae .

By the time the medication is stopped and treatment for NMS is started the evolution of symptoms should be positive, i.e. the patient should progressively improve.

However, there are a number of relatively common complications that could hinder such recovery. These difficulties include:

Despite the severity of the symptoms and the possible complications the person can overcome the disease as long as it is treated in time . Otherwise, the probability of death increases considerably, the most common causes of death being heart failure, pneumonia, pulmonary embolism, sepsis and hepatorenal failure.