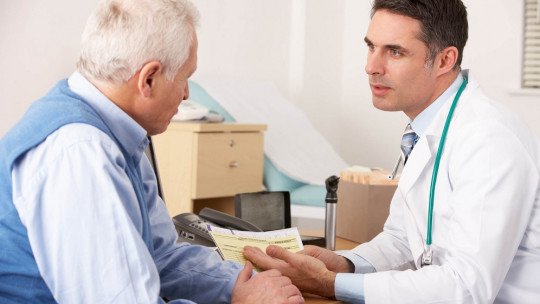 We may know someone who has had an accident that has diminished his or her mental capacities, or we may have seen him or her in a movie or read a book. Car accidents, strokes, dementia… all have or can have a great effect on our nervous system.

In these cases, after taking the person to the hospital and once his situation is stable and he is not in danger, his abilities are evaluated and when alterations are detected, neurorehabilitation or neuropsychological rehabilitation is carried out. Throughout this article we will talk about this type of rehabilitation.

What is neuropsychological rehabilitation?

Neuropsychological rehabilitation is understood to be the therapeutic process by which persons who have suffered some type of brain injury are treated so that they may recover or at least improve the cognitive skills and functionality in daily life that they have lost as a result of said injuries.

The great brain plasticity that we have, especially in childhood but that remains partly in force during the rest of our lives, allows that in many cases it is possible to recover or improve partially or totally the lost functions. However, this will not always be possible, in which case other strategies can be employed so that the loss does not generate a disability.

Rehabilitation is generally carried out by a multidisciplinary team of different health professionals who contribute the knowledge and techniques from their respective disciplines to improve the patient’s situation. Among them are doctors, clinical psychologists and neuropsychologists, occupational therapists, speech therapists and physiotherapists, among others.

Throughout the process, the aim is to generate an explanatory model that allows the patient and his or her environment to understand what has happened and its effects, to accompany the coping with this fact and finally to alleviate or remedy the deficits produced by the injuries, either through the recovery of functions or through the application of different mechanisms in order to overcome the difficulties.

The type of help given to patients

It is important that this neurorehabilitation or neuropsychological rehabilitation has ecological validity, that is to say, that what is carried out serves the patient for his or her day-to-day practice.

The treatment must be personalized and adjusted to the patient’s capabilities, as well as aimed at his or her functional recovery. Some variables to take into account are the type, area, severity and cause of the injury, the cognitive and functional capacity prior to the injury and aspects such as sex or age.

The ways of acting and the specific techniques used will therefore vary greatly in each case. Sometimes it may be necessary to carry out, in addition to rehabilitation, a training in social skills, work rehabilitation and behaviour modification techniques, as well as therapy to alleviate disturbances derived from the experience of their state and family orientation.

Within neuropsychological rehabilitation we can act in different ways in order for the patient to recover functionality . These are not mutually exclusive ways of acting, but they may overlap. Rather, it is about different ways of approaching treatment, focusing it on the possibility of recovering lost functions. Specifically, we can find the following three major approaches, although optimization can be added as a fourth approach to be considered.

Restoration or restitution of functions

It is understood as such the neurorehabilitation approach that focuses on the recovery of the same mechanisms that the subject has lost or seen diminished due to the brain injury suffered. It works through the stimulation of these functions, seeking to retrain the subject in their application and to reconstruct the function. However recovery is not always possible , especially when we are talking about large encephalic injuries.

When it is not possible to recover lost functions, treatment will focus on optimizing and enhancing other skills so that they can compensate for those lost and that the loss does not result in a disability. It is about using what the patient has preserved so that he or she can function.

In part similar to compensation strategies, substitution seeks to ensure that through different means and strategies the subject is able to compensate for cognitive and functional deficits , using different alternative skills or even external means such as alarms or agendas.

Beyond compensating or replacing lost skills, neuropsychological rehabilitation can act in a way that enhances the abilities and potential of the person it is performed on.

Neuropsychological rehabilitation is an element that must take into account the subject in a holistic way, that is, as a whole. However, rehabilitation generally focuses on specific skills , some of the most common being the following.

The attention span may be diminished due to a brain injury , requiring neuropsychological rehabilitation.

Memory is one of the most important basic abilities in our daily lives, and it is common in neuropsychological rehabilitation to try to facilitate memory.

The memory of what happened in the past, the ability to record new information, prospective memory (which I have to do later) or recognition, among others, may fail. Different programs and techniques, such as reminiscence, can help maintain memory or exercise it .

The set of executive functions is one of the aspects in which more neuropsychological rehabilitation is carried out, being these skills practically essential to achieve an autonomous and functional life .

Movement is another ability that can be affected by brain injury. From the emission of uncontrolled movements to immobility, including apraxia or loss/decrease of the ability to execute more or less complex actions and carry out coordinated sequences of movements, may require neurorehabilitation.

Aphasias are losses or deficits in the ability to communicate through language due to brain injury, and are a common problem. The problem can be found in fluency and expression, comprehension or repetition . This is a skill that is very much worked on at a rehabilitation level.

It is very frequent that before a brain injury, perceptive alterations are produced , or some type of agnosia or lack of recognition of the stimulation. Through neuropsychological rehabilitation, improvements in this aspect can be produced.

Problems in which it is often applied

There are a great number of problems in which a brain injury is generated and in which the application of neuropsychological rehabilitation may be required. Among them, some of the most common are the following.

A very frequent cause of brain injuries are head injuries frequently generated by traffic accidents, falls or even aggressions. The symptoms and impaired functions will depend largely on the location and extent of the injury.

Strokes, whether in the form of ischemia or hemorrhage, are a major problem that has become one of the leading causes of death in the population. They result in either waterlogging or blockage and cessation of oxygen supply to part of the brain. This causes a large number of neurons to die , which depending on the area in which neuronal death occurs will generate deficits that may be more or less permanent. Neuropsychological rehabilitation is of great help in recovering or compensating for lost abilities.

Although it may not develop into dementia, cognitive impairment involves a decline in some functions that can be alleviated through neuropsychological rehabilitation.

In this case, neuropsychological rehabilitation does not focus on the recovery of functions but on their preservation for as long as possible.

Memory, attention and executive skills are the main areas to be rehabilitated, although language and psychomotor skills are also worked on. Alzheimer’s disease, Parkinson’s dementia, Pick’s disease, frontotemporal dementias or Huntington’s Corea are some of the best known.

Although technically we would not be talking about rehabilitation per se, the presence of intellectual disability or neurodevelopmental disorders may require this type of technique in order to train and generate an optimization of functions .

Having epileptic seizures can lead to alterations and decreases in cognitive functions and functioning in daily life. Neuropsychological rehabilitation may be necessary in some cases.

Sometimes it may be necessary to resort to neurosurgery in order to solve some kind of medical problem, as in the case of epilepsy or a brain tumor. These interventions can save lives or avoid major problems derived from different conditions. However, they can generate difficulties and decrease some functions, which may require neurorehabilitation to return to normal.

8. Poisoning or effects of prolonged substance use

Some substances can also generate brain damage, we are talking about drugs of poisoning by the consumption of some toxic element . If such damage occurs, neuropsychological rehabilitation may be of help to recover to some degree the functionality and functions that may have been damaged.