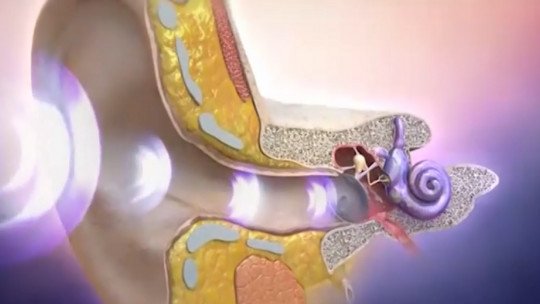 The human body is an organism made up of a large number of systems, the coordinated management of which allows us to function correctly and to survive and adapt to the environment. Among them we can find the nervous system, thanks to which it is possible the previously mentioned coordination and management, or systems as relevant as the auditory one, which besides in the own perception of the sounds also has an effect in our orientation, balance and postural maintenance.

However, there are several problems that can appear in these systems, and they can have a significant impact on our quality of life. Fortunately, there are medical specialties focused on the relationship between the nervous and auditory-vestibular systems that allow the detection and treatment of the different disorders and problems that may arise, , highlighting the relatively recent neurotology .

Neurotology or otoneurology is one of the branches of medicine that specializes in the study of the relationship between the auditory and nervous systems. It is considered a subspecialty of the specialty of otolaryngology , since we are mostly dealing with problems that originate or affect the inner ear. However, it could also be a very specific subspecialty of neurology, since it is the connection with the nervous system that is explored.

In this way, neurotology is mainly in charge of research, diagnosis and treatment of the alterations in which the interaction between both systems is altered. More specifically, the study of the human body from this subspecialty of medicine focuses on the inner ear, the vestibular system, the skull, and the facial, auditory, vestibular, vagus, spinal, bass and hypoglossal nerves, among others.

These specialists usually carry out assessments at both otological and neurological levels to define and find the causes of disorders linked to dizziness, floating sensations and hearing loss. In general, these are hearing problems linked to balance or body position derived from a neurological affectation.

This medical field already possessed a powerful body of theoretical knowledge since the 20th century, but it was not until a few decades ago that it was established as a subspecialty. To become a neuro-otologist or otoneurologist we must have knowledge of both otorhinolaryngology and neurology.

To achieve this degree, it will be necessary first to have studied medicine, after which specialization in otorhinolaryngology will be required (although the possibility of coming from neurology is not ruled out) and then to subspecialize in this field. We are dealing with a type of prolonged and very exhaustive training with respect to a very specific part of the organism .

Although it is already a sub-specialization within neurotology, a more specific sub-specialization can also be found: otoneuro surgery. It is possible that some type of surgical intervention may be necessary, requiring a great deal of preparation.

Problems and diseases you often encounter

Neurotology is a medical discipline that deals with very diverse problems that can generate different levels of affectation and functional limitation to people who suffer from them, in some cases even endangering their lives. Within the group of these disorders, the following stand out.

In both cases we are facing something distressing and generating limitations in daily life, the causes of which must be carefully analysed. An example of a disease that causes hearing loss is otosclerosis. Likewise, probably one of the most well-known types of intervention carried out by neurotology in this sense is the cochlear implant.

Probably one of the problems most often seen by neurologists is vertigo. This is understood as a symptom (since it is not a disorder in itself but it would indicate some type of affectation or alteration of the vestibular system) characterized by the presence of dizziness, balance and orientation problems , discomfort, sensation that the world rats around us or even fainting.

Frequent perception of buzzing or whistling sounds coming from the ear that often make hearing difficult is often a reason for consultation, which neurologists can examine to determine the cause.

Ménière’s disease is an alteration characterized by balance and hearing problems which are produced by alterations in the labyrinth . It is common for it to be cured by dizziness, tinnitus (noises such as continuous roaring) and sensations of discomfort, and the subject may become deaf. The specific causes are currently unknown and there is no cure as such, but it can be treated in such a way that it is controlled.

Although somewhat different from the above, it is possible to find people who suffer some type of facial paralysis associated with the injury or impingement of one of the cranial pairs , nerves that are also studied from neurotology.

It is also possible that different types of tumors of varying degrees may appear in the auditory pathways or in the nerves connecting these to the brain, or that some type of tumor may press on the nerve pathways in these areas. Neurotology can also help detect these neoplasms. An example is acoustic neurinoma.

In addition to all the above, we can also find the presence of different types of malformation, both congenital and acquired (for example, as a result of accidents).

Through neurotheology it is possible to observe the level of affectation of the auditory and vestibular systems and even to correct by means of surgery some affectation and malformations that hinder their good functioning.