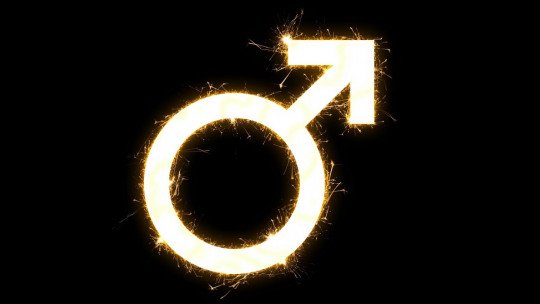 Among the contributions and controversies that have emerged from the feminist approaches, especially from feminism that advocates for the diversity of identities, a line of research and action has emerged that is beginning to be known as “New Masculinities” .

This line has made it possible to rethink different practices related to gender and to understand more specifically the male subjectivities that have been consolidated as hegemonic and sometimes violent. In this way and in some spaces, it has been possible to act politically and therapeutically to counteract this.

Although it is something that is in development, we can outline here some background and proposals that have emerged, as well as important fields of action.

The New Masculinities: Response to a Crisis

Gender approaches cause discomfort. They cause discomfort because they question our places in the world, they force us to rearrange subjective positions, that is, identities and relations among each other. In this sense, they are discomforts that generate a “productive discomfort” (Sánchez, 2017).

If we analyze the social transformations of recent years, and especially if we look at the violent practices with which many men have tried to reaffirm their own virility; we can notice that masculinity is in a crisis .

This crisis is particularly visible in violence against women, but it is also related to different gender-based ailments experienced by men themselves. Gender approaches have allowed attention to be paid to this. They make it possible to understand some specific questions about the relationships, subjectivities and discomforts that have been built through gender binarism.

Until recently, the focus on gender perspectives had been on women only and on femininity. Masculinity and its values had remained untouchable. It then became necessary to create models that offered new places and roles (more equitable and more free of violence) that did not only focus on women’s experience.

An alternative to hegemonic masculinity?

The New Masculinities emerge as an alternative to hegemonic masculinity. The term “hegemonic masculinity” refers to dominant masculine behaviours, which include the more traditional models of gender domination ; based, for example, on mandates such as “men do not cry”, “they are always brave”, “not at all feminine”, “unquestionably heterosexual”, etc.

In other words, it is about the values, beliefs, attitudes, myths, stereotypes or behaviors that legitimize men’s power and authority over women (and all others that are not heterosexual men).

Hegemonic masculinity is the one that has given rise to a whole form of political and social organization based on the idea of male leadership and the predominance of the eastern worldview over other forms of life.

However, such hegemony can also be reproduced in models that are presented as alternative and new (and not only in traditional masculinity), which is why the very concept of New Masculinities is constantly being revised. Thus, one of the bases for rethinking masculinity is its self-reflective and critical capacity toward the different models, values, practices and experiences of masculinity.

In short, they are known as New Masculinities because they seek to consolidate alternative experiences and practices to hegemonic masculinity.

Political and therapeutic action focused on the male experience

It is quite common for men to take it upon themselves to teach women what to do to stop being violated. But this often happens from prohibition, and from the convenience of the man himself (don’t wear such clothes, don’t go out alone, don’t talk in such a way, etc.).

In light of this, in one way or another many women have explained that the way to show solidarity with feminist struggles and against gender violence is not through this path, among other reasons because the recommendations are made from experiences completely unrelated to gender violence , which in the end reproduce the same domination.

This has not only been expressed by women, but many men have responded by creating paths based on their own experience, which are translated into political and therapeutic actions.

In general terms, the aim is to generate collective gender rethinking (specifically around masculinity) as a political action to address some phenomena related to gender violence and discomfort, from the male experience of men.

In other words, is about “deconstructing” hegemonic masculinity . That is, to become aware of the historical and structural conditions that have generated gender inequalities and violence, and to take charge of what is appropriate individually.

For example, to assume when they have participated in such violence and to look collectively for some strategies to avoid them. Or, to share one’s own vulnerability by making explicit the experiences and discomforts of gender; and from there, to articulate them with the experiences and discomforts of the other gender and the non-hegemonic sexulalides.

The latter term refers to the fact that masculinities themselves should not be presented as new, but that the effort should be towards incorporating non-hegemonic elements that generate new models and relationships.

Otherwise, there is a risk of adapting the same hegemonic masculinity to the new needs posed by gender approaches, which ultimately generates new forms of domination. That is, practices that are apparently innocuous but that finally reproduce the same structures of inequality .