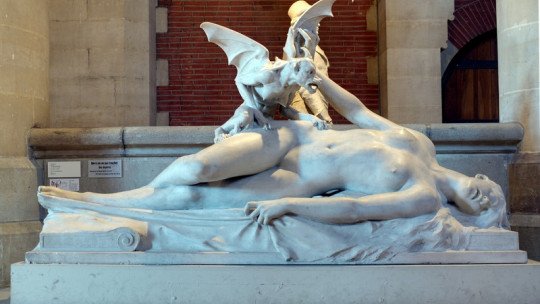 The night terrors , along with sleepwalking, are among the most striking sleep disorders. We probably also know of prominent cases of night terrors or have even been the protagonists of one of these episodes at some point in our lives. These are experiences that are not easily forgotten: they are lived as moments of great disturbance and confusion, and to those who suffer them, they may seem eternal (although they actually last a few minutes).

We are talking about a state of paralysis in a situation where consciousness and unconsciousness are confused and everything we perceive is clouded by fear : episodes of night terror have everything to be terrifying. However, beyond the emotional charge that night terror brings with it each time it is experienced, it is difficult to know much more about this phenomenon. Why does it occur? What is the origin of these terrors? Is there any c ausa organic or psychological ? What does science say about this?

The night terrors are in the first group. Unlike sleepwalking (which is also an awakening disorder), night terrors are usually characterized by extreme fear and terror associated with paralysis of the sufferer, keeping him or her in a significant state of stress . They usually occur within the first 2 or 3 hours after the person starts to sleep.

What is the difference between night terrors and nightmares?

The main difference with nightmares is that the latter occur entirely within the REM sleep phase and produce a complete awakening. The night terror, however, is a half-awakening: we are aware of certain things in the waking world, but we are not able to become independent from sleep and, most likely, when the episode ends we will continue to sleep to the point of forgetting what happened.

Velayos (2009) explains that night terrors are episodes of crying and screaming that appear suddenly during deep sleep phrases, in the middle of the night. In addition, they are also expressed on the face through a facial expression of strong terror. Like sleepwalking, this disorder usually occurs in childhood , between the ages of 4 and 7, and are less common after this age. They are less common after this age. In adulthood, they may appear at any time, and sometimes several episodes may be repeated during a single night. Saez Perez says that during a night terror episode in childhood, symptoms such as heavy sweating, elevated heart rate, confusion, and crying often occur. This symptomatology does not vary neither in the adolescence nor in the adult stage.

Little is known about the neurological and physiological aspects of what produces night terrors. However, some mental health specialists believe that there are some factors that may trigger this disorder, including

To obtain a diagnosis, it is advisable to see a mental health professional so that the problem can be thoroughly evaluated. It should be noted that there are other disorders with symptoms very similar to those of night terrors and that only a qualified professional will be able to differentiate them and give a final diagnosis. Among the disorders with similar symptoms are

Science is advancing, but as far as the origins of sleep disorders are concerned, no explanation has been given as to their logic and functioning. It is an enigma yet to be studied, and night terror is no exception to this rule. To date there is no specific treatment for night terrors. As with sleepwalking, certain professionals recommend alternative techniques such as meditation, hypnosis, yoga, etc. As long as they serve as a complement to psychological or psychiatric intervention.