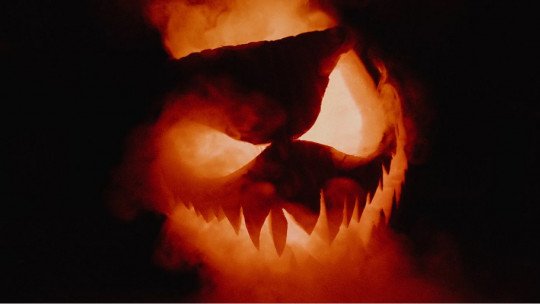 We spend a good part of our lives sleeping, which is not surprising considering the great amount of energy we have to replenish to cope with everyday life. However, there are times when the sleep stage, which we usually associate with calm and well-being, turns into a hell from which we desperately try to get out.

The fact is that what we know as nightmares has come to have such a strong impact on humanity that long ago it ceased to be a simple unpleasant experience that we experience individually and became a source of all kinds of mythologies or, directly, the definition of what we want to escape from. In fact, we use the word “nightmare” to refer to any highly unpleasant or traumatic experience, equating the real to what only happened in our heads.

Now… what are nightmares and what produces them? Let’s see.

Nightmares are a state of anxiety and agitation that appears at the moment of dreaming , often associated with images and sensations that cause fear, sadness or any other negative emotion, in such an intense way that the interruption of sleep is generated.

Thus, it is considered that a bad dream does not become a nightmare if it does not cause us to wake up or reach a state of consciousness between sleep and wakefulness .

This sudden break with sleep occurs easily, since the REM phase, which is the one that takes place while we sleep and dream (that is, when when we are in a state of consciousness directed towards the interior, not towards the exterior), is the stage of sleep that most resembles wakefulness in terms of the activation patterns of the neurons at that moment. A little “push” can bring us back to the real world.

Why does a nightmare come up?

Like everything surrounding the study of dreams, there is little that is known for sure about the causes of nightmares. But there are several things on which there is consensus.

The first thing to know is that it is very unlikely that there is a single cause that explains the existence of the nightmares. This, which is applicable to practically any psychological process, in the case of nightmares is reflected in the effect that various elements have on the frequency of the appearance of these unpleasant experiences. For example, leading a busy and stressful lifestyle makes them appear more frequently , and alcohol addiction has a similar effect, making what we dream about more unpleasant and anxious.

On the other hand, there’s another sure thing about nightmares: Sigmund Freud was wrong about their origin . For the father of psychoanalysis, the nightmare is what happens when a part of the unconscious emerges into the dream state without us being able to repress its contents, that which has forced us to keep those ideas, memories or beliefs sealed up. The state of anxiety produced by the fact of starting to see what we want to continue ignoring makes us see ourselves impelled to wake up to make this type of revelations stop.

Why do we know this doesn’t happen? Among other things, because the theories on which Sigmund Freud based his explanation of the phenomenon are not valid, since they are based on speculation about case studies. There are no parts of our mind that try to hide certain contents and prevent them from emerging into consciousness, there are simply contents that at a given moment are not relevant enough to make our attention reach them.

Bearing in mind that Freudian ideas about nightmares are not useful for understanding the nature of this kind of experience… What are nightmares for?
Some theories suggest that nightmares are of no use at all, and that they are a consequence of evolution which has not been promoted by natural selection as an advantageous feature; they are simply there, and they are harmless enough that the genes which make them possible don’t disappear over the generations.

Other theories, however, do attribute a usefulness to nightmares. Specifically, they point out that their presence in our daily lives can make us prepare for stressful events , maintaining a certain state of anxiety that will be useful in the short term to overcome specific obstacles, and that appear when there is something in our forecasts that worries us. In this way, the nightmare would be a kind of mental training to enter into a state of alert more easily and, therefore, react quickly.

However, in some cases the possible usefulness of nightmares would not compensate for the damage they produce, so we enter a vicious circle of stress and anxiety that has a negative impact on our health . In any case, most people are not significantly affected by the appearance of nightmares, as they do not tend to occur very often and, although in many cases what is seen in them is very disturbing, it is not experienced with the same harshness as if it were real.