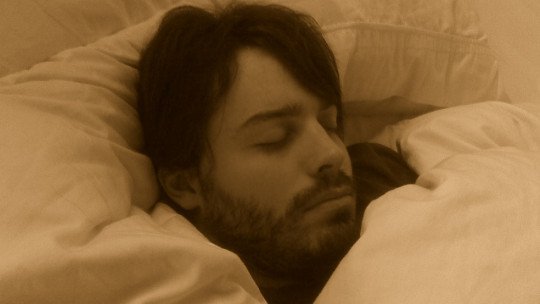 Epilepsy is a disease known since ancient times . Convulsions, biting the tongue, falling, excessive salivation, loss of sphincter control… are symptoms known to a large number of those affected. We also know that there are different types of epilepsies, such as seizures in which there is mental absence without the affected person having a seizure.

We generally imagine that crises appear during the day, at times when the subject is active. However, sometimes epileptic seizures also occur during the night. We are talking about nocturnal epilepsy .

What happens in epilepsy?

Epilepsy is a disorder of neurological origin in which the individual who suffers from it suffers from nervous breakdowns in which he loses control of his body or parts of it due to an overactivation of part of different neuronal groups .

Although it can be affected by external stimuli such as light and stress, the problem is mainly caused by the presence of neuronal groups that for some more or less unknown reason (although sometimes the onset of symptoms can be traced back to an aggression, trauma or tumour) are hypersensitive, which are activated in an anomalous way and this causes the generation of symptoms.

As we have said, although it does not appear in all cases and types of epilepsy the most characteristic symptom is the presence of convulsions . These are sudden, uncontrolled jerks generated by the sudden, involuntary contraction and distension of one or several muscle groups, and which tend to repeat themselves with some frequency. Another common symptom is altered consciousness, which is usually common to all or almost all types of epilepsy (either as complete loss of consciousness, numbness or absence). In addition, incontinence, mutism, immobility, biting and lesions or salivation in the form of frothing may occur.

The specific type of symptoms will vary depending on the type of epilepsy , the area or areas of the brain that are activated and the level of generalization of the seizures. Because there are different types of epilepsies. One of them is special because it occurs during sleep.

Nocturnal epilepsy is a type of epilepsy that is characterized by appearing primarily during the typical sleep periods of the affected individual. It is common for one or more seizures to occur of very short duration , which may or may not wake the subject up. In fact, almost all types of epilepsy can occur at night, but those considered as nocturnal epilepsy are those in which all or most of the seizures occur during the sleep period or the sleep/wake phase.

In nocturnal epileptic seizures, seizures often occur that result in sudden movements of the extremities, sometimes twisting. The occurrence of screaming and moaning accompanying the episode is not uncommon. In addition, the quantity and quality of the sleep of those affected is greatly reduced by the occurrence of disturbances during sleep. There are often several awakenings during the night or that wake up with the feeling of not having slept well . Therefore, it is common for subjects with this type of problem to present daytime hypersomnia.

Nocturnal epilepsy episodes are usually abrupt, and tend not to leave post-seizure symptoms such as confusion or migraine. Sometimes in nocturnal epilepsy, auras or pre-breakdown symptoms can also be observed, such as the presence of tingling, breathing difficulties, vertigo or hallucinations.

Nocturnal epilepsy is not common. Epidemiologically, it is much more common in children and adolescents, although it can appear at any age. There is a tendency for the number and severity of seizures to decrease with age, but without treatment, nocturnal epilepsy is unlikely to go into remission.

Another relevant point to note is that nocturnal epilepsy often takes a long time to diagnose . The fact is that when the seizures occur during sleep, it is possible that even the affected person may not be aware of the presentation of these symptoms. Sometimes these symptoms are even attributed to other disorders, such as sleepwalking or night terrors.

As with epilepsy in general, the causes of nighttime epilepsy remain unclear. As with all types of epilepsy it is attributed to the presence of hypersensitivity in some brain areas which causes abnormal discharges, but the reason for this sensitivity remains unknown in most cases.

In nocturnal epilepsy, seizures occur during periods of sleep or drowsiness, which shows that the discharge occurs at a time when the brain’s activity changes between sleep cycles. Remember that sleep has different phases which are repeated in several cycles during the night or the time we sleep , and in each of them brain activity varies and produces different types of waves. Attacks are much more frequent during non-REM sleep, although sometimes they also occur in REM sleep.

The areas that produce the discharge can vary greatly, although the most common nighttime epilepsy is usually generated in the frontal lobe.

Two of the best known examples

Although we have been talking about nocturnal epilepsy as a single disorder, the truth is that different subtypes of epilepsy can be found in which seizures occur during the night.

This type of epilepsy generally originates in Rolando’s fissure and is characterized by the presence of partial motor seizures. The patient usually stands up and generates different body sounds. The motor alterations tend to be concentrated in the area of the face .

The crises themselves appear at the moment of waking up or during the night, mostly. It is common for the child to be conscious but unable to speak. In these cases it is common that they experience panic at the lack of control of their own body.

This is one of the few types of epilepsy for which a genetic correlate has been found, namely the presence of mutations in the CHRNA4 gene . In this case, the seizures often cause convulsions of the trunk and extremities.

The main treatment for nocturnal epilepsy is usually the use of anticonvulsant drugs such as carbamazepine, valproate, gabapentin or oxcarbazepine.

Also the use of surgery or stimulation of the vagus nerve by means of surgically implanted mechanisms may be considered, although these procedures may be more risky.