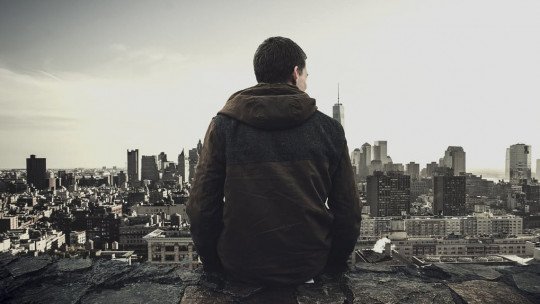 Psychology and psychiatry are often criticized for reducing people to labels. That is, by trying to explain what makes us unique, the mind and the personality itself, through numbers, statistical trends and relatively rigid categories .

Of course, if we look at the past it is easy to see the consequences of what lack of empathy and humane treatment can do in psychiatry and the scientific study of behavior: forced lobotomies, crowding in psychiatric centers that could hardly be called that…

However, neither in psychology nor in medicine is it necessary to confuse the person with his or her mental illnesses or problems in order to work in these areas. Neither mental disorders are adjectives nor is the function of psychology or medicine to translate our essence by means of a diagnosis.

The use of labels in psychology

One thing must be clarified: the use of well-defined categories (or as many as possible) in psychology, such as psychopathy or intelligence, is not something that is bad in itself .

Psychology tries to scientifically explain a part of reality and, to do so, must use concrete concepts , which can be understood by the whole community of scientists in that area of knowledge independently of their cultural context.

In other words, in science it is necessary to avoid ambiguous definitions as much as possible; we must speak properly. Depression cannot be defined as “a state of mental negativity in which vital pessimism is transmitted”, but to understand what it consists of it is necessary to learn a series of very concrete symptoms and established by scientific consensus .

In other words, psychology works from concepts that tell us about characteristics of how we think, feel and act from the point of view of an external observer who compares different cases with each other and reaches conclusions about how a group of individuals think, feel and act. The task of psychology is not to define that which exists only in one person , but to discover the logics that allow us to explain the mental and behavioural mechanisms of a multitude.

That means that a psychologist does not treat a person as if he or she were totally and absolutely unique, but works from the principles and generalities about the mind and human behavior that he or she knows. In fact, if not, his work could be done by anyone who attributes a special sensitivity to being “a human soul touching another human soul.

Psychology is not metaphysical

The problem comes when either patients or psychologists and psychiatrists themselves believe that the scientific categories used in psychology and psychiatry are direct reflections of people’s identity . That is, when the names of mental disorders, personality traits or symptoms become synonymous with the essence of people (whatever the latter may be).

It is one thing to agree that by pragmatism one is going to work from well-defined concepts, and another to assume that someone’s entire mental life is summarized in a diagnostic chart or in the result of a personality test. This last option not only does not form part of the normal functioning of psychology, but also supposes an overreach.

The error is that, sometimes, the belief is held that the task of psychology is to capture the identity and essence of people, to tell us who we are .

However, as much as the etymology of the term “psychology” is what it is, the purpose of this scientific and intervention field is much more modest than that of revealing the essence of each one; that task is reserved for metaphysicists.

Psychology is content to be useful when it comes to providing concrete solutions to material needs: improving people’s objective living conditions, providing models capable of better predicting how groups will act, etc.

That is why the idea of mental disorders and mental disorders, unlike adjectives, only exist because they are useful within the network of coordinated efforts that is mental health and behavioral science, and for nothing else. They are concepts that make sense in the clinical field and in certain branches of science to provide answers to specific problems.

In mental health there are no essences

Furthermore, it is worth remembering that in psychology almost all mental processes are understood as part of a cycle that links the person with his or her environment: we act according to what is happening inside our own organism, but what happens inside our organism also depends on what happens around us .

Not even from a scientific perspective can a mental disorder be understood as something that begins and ends in oneself, as if it were part of something intrinsic to one’s being. Each person maintains a real-time connection with his or her environment and could not exist (neither alive nor dead) outside of it.

This idea, by the way, would be good to keep in mind not only when thinking about diagnostic concepts, but also when thinking in terms that are used as adjectives beyond mental health.

Asking a mental health specialist to capture the essence of a patient through a diagnosis is like asking a gardener to express the rose nature through pruning.

Scientific categories such as those used to explain mental disorders only make sense as part of an effort to provide solutions to very specific needs , defined and based on the material, and do not have it as labels that can be used to summarise all the complexity of the personality of a single individual. That is not their function.