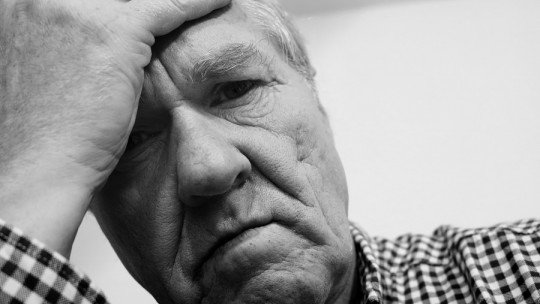 The placebo effect is an extremely popular scientific concept which, perhaps because it is a tremendously curious phenomenon, has become part of the colloquial language. For this reason, many people have an approximate vision of what it is and what its scope is.

Placebo describes a positive effect on the body after the use of a substance whose chemical properties are actually harmless, having become known in particular by their presentation as sugar tablets disguised as real medication.

The accumulated evidence suggests that the beliefs and expectations of the person can play a fundamental role in this effect. In this sense, it is understood that benefit is associated with internal variables whose analysis is essential for understanding the individual response to the use of any drug or therapeutic procedure (regardless of its objective impact on the body).

Like many other things in science, there is also an antagonist for the placebo effect: the nocebo effect . This article will deal precisely with it, highlighting the nature of a less known but equally interesting reality.

The term nocebo comes from Latin. Its form resorts to a future verb declension for the verb &amp;quot;nocere&amp;quot;, and its literal translation could be &amp;quot;(I) will harm&amp;quot;. It is therefore a phenomenon opposite to that of the placebo. This nocebo effect refers to any harm that may occur after the consumption of a substance that in fact lacks the properties to explain it, and we must resort to hypotheses in which the contribution of the subjective aspects is considered. Such harm is often referred to as harmful, undesirable or even dangerous.

Its description was much later than that of the placebo, the original references being found in texts from the 1970s, although its definitive conceptual delimitation would have to wait until the early 1980s. The pioneering experiments on the subject made use of fictitious electrical currents to induce supposed &amp;quot;headaches&amp;quot; . In this case, the researchers deliberately provided false information to the subjects, making them believe that they would feel such a symptom after its application. Although no discharge was ever administered, almost all participants reported having a headache (to some degree) after the trial.

The theoretical models to explain this resort to the role of expectations, as in the case of the placebo, but also to classical conditioning and personality variables. The truth is that discovering its nature is important, because sometimes it can hinder the way in which a person adheres to pharmacological treatments that could lead to a clear improvement in his or her state of health. For this reason, numerous research projects have been articulated over the last decade to better understand it.

In general, we know that up to 19% of people indicate negative side effects from using a substance whose chemistry cannot explain them in any way. These are sometimes legal drugs, for which no consequences or harm have been described in the direction indicated, but which the person expressly perceives (sometimes due to past experiences or incorrect ideas regarding their functioning in the organism). The effect is more common among women (30%) than among men (19%).

The exact mechanisms by which the nocebo effect occurs are still largely unknown , because their study often involves some kind of ethical or moral dilemma. This is so because it would imply lying to the subject about what is administered, and specifically making him believe that he is going to expose himself voluntarily to a dangerous or harmful experimental condition. Because it is necessary for the person to believe in this effect, it would imply the acceptance of self-injurious conditions that escape the deontological codes of research activity.

However, today at least four variables are known to be involved in the emergence of the knock-out effect: personal expectations, classical conditioning, personality dimensions and life experience. In this section we will look at all of them in more detail.

The value of expectations is essential for the nocebo effect, so that what the subject expects to experience ends up imposing itself in reality as a tangible result on his or her organs and tissues. That is why in the study of this phenomenon it is essential to offer the person information about the “symptom” that is desired to arouse , this being false (in the sense that the substance or procedure lacks any effect on his body), but used with an explicit intention to convince the subject otherwise. It has been contrasted, in particular, with algic responses (pain).

With this, and above all by resorting to an authority figure (the researcher), a solid expectation would be formed with the power to generate the suggested negative effects. For example, it is known that beliefs about the emetic effect of chemotherapy (ability to cause nausea or vomiting) are related in a proportional way to the occurrence of this unpleasant secondary effect.

Classical conditioning has received much credit as one of the procedures on which the possible development of a knock-on effect is based. In this particular case, it would be an association (by contingency and repetition) of an unconditioned stimulus and a neutral stimulus, the first of which has the capacity to provoke a response on the organism (innate). In this way, through repetitive exposure to situations in which both occur at the same time , the originally neutral stimulus would acquire the property of a conditioned one . This means that it would generate effects similar to those caused by the original unconditioned stimulus.

A simple example of this type of nocebo was found in a job where a group of people were offered a lemon-flavored drink at the same time they were receiving a dose of chemotherapy.

The repeated presentation of this sequence finally caused the lemon soda (neutral stimulus) to be associated with the side effect (nausea) of such treatment (unconditioned stimulus), so that with its isolated consumption the vomiting response was produced. That is, the lemon would generate this unpleasant sensation in the absence of the treatment, thus becoming a conditioned stimulus. With this process, a nocebo effect would be acquired for innocuous drinks.

It is known that some personality traits can contribute substantially to the appearance of the nocebo effect . They would be, therefore, tacit elements of mediation between that which was previously outlined (expectation and classical conditioning) and its occurrence. With regard to these dimensions, it is now known that pessimists (i.e., those who repeatedly draw up gloomy expectations) are more likely to suffer the knockout effect. Similarly, and perhaps as a direct consequence, they do not refer to the placebo or its benefits in an equivalent way to those who are optimistic (but much less so).

Likewise, type A personality (which alludes to a recurrent sense of urgency and competitiveness as an elemental variable in interpersonal relationships) is also associated with a higher risk of nocebo effect, when compared to type B (much more “balanced” in time management and social life). The same can be said about neuroticism (tendency to worry and experience negative emotions). Thus, it is concluded that pessimism, neuroticism and attitudes that emphasize competitiveness are important to understand the phenomenon.

Finally, a fourth explanatory factor is found in previous life experiences. Having witnessed how someone suffered the adverse effects of a drug, or constructing the expectation that they will occur after acquiring imprecise knowledge about how they function in the body, is a risk factor associated with learning. All of this can be accentuated in the assumption that the original vicar model , from which the expectation was articulated, was someone to whom we are linked emotionally.

Adverse experiences with the health care system as a whole also precipitate the knock-on effect (as they shape the belief that these professionals are incompetent or that they make invalid judgments). If treatment is carried out during a forced admission, against the explicit will of the person to whom it is administered, it also aggravates the problem significantly. The latter modality is currently the subject of intense controversy, and should only be applied in the case of a suspected potential risk to the person or to third parties.

How can it be addressed?

To avoid the appearance of the undesirable knock-out effect, it is essential to influence the variables susceptible to it, such as the person$0027s expectations of the drug or the interaction that occurs in the therapy space. One of the general recommendations is to provide adequate information and to do so in a realistic way, emphasizing the balance as close as possible to the benefits and harms that all drugs have. This is relevant in all intervention contexts, but more so in those that are particularly critical because of the expectations that accompany them (for example, chemotherapy, where there are many preconceived ideas about its effects).

It is important to offer information in the most direct and truthful way possible, promoting that the person can actively participate in the treatment he/she is going to receive , and that uncertainty regarding it is minimised as much as possible. In this way, the subject collaborates actively in the process towards recovery or improvement, and a quality therapeutic link is stimulated. This form of relationship has been shown to decrease the risk of nocebo effect, and also stands as the way to increase the person$0027s satisfaction with the care received.

In short, the objective of the professional would have to concentrate on the contextualization of the benefits and secondary effects of the compound to be used, on the detection and correction of erroneous preconceived ideas, on the search for active collaboration during the decision-making process, on the adequate adjustment of expectations and on the construction of human contact with the person receiving care. All this will contribute to the reduction of the nocebo effect and the proportional increase of the therapeutic adherence.