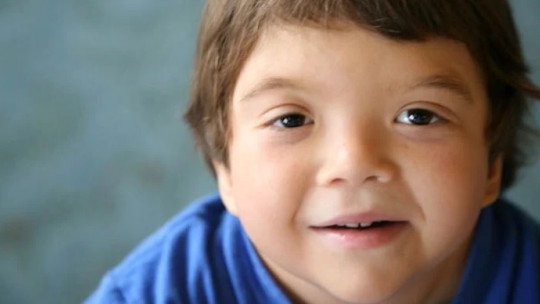 Much of who we are and how we are is given by our genetic code. The organization of our organism, the pace and manner in which our growth and physical development occurs… and even a part of our intellect and personality is inherited from our ancestors.

However, sometimes genes undergo mutations that, while sometimes harmless or even positive, sometimes have severe repercussions that make it more or less difficult for those who suffer from them to develop and adapt to their environment. One of these genetic disorders is Noonan syndrome .

Noonan syndrome is a relatively common genetic disorder that occurs in one in every thousand or two thousand five hundred births, with a prevalence similar to that of Down syndrome. It is a disease whose symptomatology can be highly variable depending on the case , but which is characterized by the presence of alterations and delays in development, congenital cardiopathies, hemorrhagic diathesis and various morphological alterations.

The rate of growth in these children, while initially appearing normative, is severely slowed, and they often present short stature and psychomotor delays. This problem becomes especially evident in adolescence. It sometimes occurs in conjunction with intellectual disability, although this is usually mild. Sensorially, they may present vision and hearing problems such as recurrent strabismus or otitis.

At a morphological level, facial alterations such as ocular hypertelorism (the eyes are excessively separated from each other), drooping eyelids, low and rotated ears, and short neck can be seen from birth. It is also frequent that they present bone alterations in the form of deformity in the thoracic cage (which can appear in the form of a sunken chest in the area of the sternum or pectus excavatum or in its profusion or pectus carinatum).

One of the most dangerous symptoms is the presence in most patients of congenital heart diseases such as pulmonary stenosis or hypertrophic cardiomyopathy, as well as other vascular problems. Likewise, the presence of haemorrhagic diathesis is frequent in more than half of the patients, which implies great difficulties in coagulation that generates that great caution must be taken with the suffering of haemorrhages. They also have great facility to present hematomas.

Although not as frequent, they can also have lymphatic problems that generate peripheral oedemas or even in the lungs and intestine. They also tend to be at greater risk of leukemia and other myeloproliferative problems.

Alterations such as cryptorchidism or failure to descend the testicles in males may appear in the genitourinary system . This causes fertility problems in some cases. However, in the case of women, there are usually no alterations with regard to their fertility.

Causes of the syndrome

Noonan syndrome is, as we have already said, a disorder of genetic origin, whose main cause has been found in the presence of mutations in chromosome 12. Specifically, alterations in the form of a mutation appear in the PTPN11 gene in half of the cases, although other genes can also cause it, such as KRAS, RAF1 or SOS1. These genes are involved in the growth of cells and their development, so that their alteration causes various alterations in different systems of the organism.

It is generally considered an autosomal dominant disorder that can be inherited from parents to children (with transmission from the mother being more frequent), although sometimes the mutations that generate Noonan syndrome appear without either parent having transmitted it or there being other cases in the family.

There is currently no curative treatment for Noonan syndrome , the existing treatments being dedicated to palliate the symptoms, prevent complications, intervene on structural and morphological anomalies, optimize their capacities and offer these people the best possible quality of life.

A multidisciplinary methodology is used for this purpose with the intervention of different professionals from both medicine and other sciences . The symptoms and alterations presented by those who suffer from this disease may be very variable, so that treatment will depend on the type of alterations they suffer from.

In Noonan syndrome it is essential to keep a periodic control and monitoring of the subject’s health, especially in the presence of probable heart diseases. Coagulation problems are not uncommon in this syndrome, so this fact must be taken into account when performing possible surgical interventions. During the first few years it may be necessary to use tubes to feed the child. It is not uncommon for growth hormone treatment to be used in order to promote the child’s development.

At the psychoeducational level, given the high prevalence of learning problems and/or intellectual disability, it is possible that the use of psychostimulation , individualised plans at school, reinforcement of the learning of basic daily life skills, speech therapy and the use of alternative and/or augmentative communication techniques such as the use of pictograms may be required . Physical therapy may also be required to improve motor skills.

Finally, genetic counseling must be considered once the subject reaches adolescence or adulthood due to the possibility of transmission of the disorder.

It may also be necessary to use psychological treatment for the subject, since feelings of inadequacy, low self-esteem and depressive syndromes may appear . Psychoeducation is also necessary for both the subject and the environment, and attendance at support groups could be useful.

As long as possible complications are controlled, Noonan subjects can have a standard of living equivalent to that of other people without the disorder. Some of the symptoms may decrease with age as they become adults.