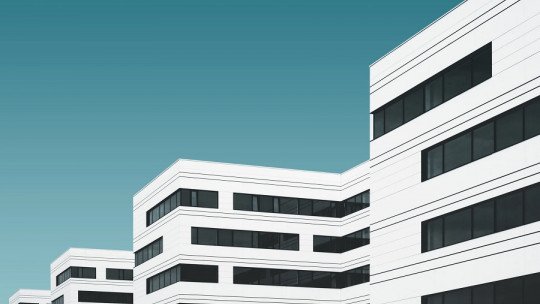 All of us have been sick at some time, and we will have gone to a hospital or a doctor’s office in order to improve our situation and regain our health. Going to the hospital is not exactly a leisure or fun activity, but generally and unless we are facing a serious problem most people do it with some peace of mind.

However, it is also not uncommon for it to cause us some concern: we go there to see a doctor to assess whether everything is okay… or not. In addition, some tests can be painful or annoying, and some people feel apprehensive when they have to visit certain units.

But for some people, going to the hospital is not something neutral or only slightly unsettling, but a torment and something terrifying. We are talking about people who feel panic and enormous anxiety at the mere idea of going to or even seeing a hospital, causing them even physical symptoms and greatly limiting their life and the maintenance of their health. This is what happens to people with nosocomephobia , which we will talk about throughout this article.

A relatively rare phobia, which can have dangerous implications for the lives of those who suffer from it, is called nosocomephobia: is the phobia of hospitals and health centres in general .

As a phobia, it implies the existence of a deep level of panic and anxiety that appears irrationally and excessively in the presence of a stimulus or specific situation. These sensations appear in an uncontrollable way and usually the subject himself recognizes that his sensations are disproportionate to the possible danger that could imply the stimulus in question.

Exposure to this will cause anxiety to be triggered to levels that the person considers unbearable and which may even generate symptoms such as anxiety crises in which tachycardia, hyperventilation, cold and profuse sweating, trembling, dizziness and/or the sensation of dying or going mad. The degree of discomfort is such that the person will have to flee or escape from the situation, something that will lead him/her to avoid the phobic situation or, if necessary, remain in it with great suffering and wishing it to end.

In the case of nosocomephia this stimulus or situation that generates anxiety and will be avoided is hospitals , the idea of entering or approaching them or any type of element that can be associated with them. Thus, it is not only the image of a hospital or the idea of getting close to it that will generate anxiety, but it is also probable that the subject will feel panic if he/she sees an ambulance appearing in the street, sees bandages, surgical instruments, stretchers or waiting rooms, meets with health workers, doctors or nurses or in some cases even simply at the sight of white coats, injuries or illnesses that may require assistance in one of these centres.

Although they do not have to occur together, it is common for nosocomphobia to appear linked to latrophobia of doctors, nosophobia or fear of illness or falling ill or even phobias of blood-injections-harm. In fact, sometimes the presence of one of these phobias can become generalised and spread to the medical centre, as we will see later on, one of its possible origins.

However, this is not necessary for its appearance, and it is technically possible to suffer from nosocomephia without suffering from any of the others and vice versa. There may also be a link with hypochondria , in that the fear and conviction of being ill may lead some people to avoid going to hospital (although it is more common for them to go very often) for fear of having their diagnosis confirmed.

Most phobias can be very disabling for people who suffer from them, especially if the anxiety-generating stimulus is often present in the environment around them. The active avoidance of the stimulus and what is related to it will make them avoid certain areas , get close to or relate to certain people or even be unable to enjoy certain types of leisure, work or studies. In some cases it may even make it impossible for them to leave their home.

However, in addition to the anxiety and discomfort felt and the disabling effect it has on different levels and areas of life, in the case of nosocomephia we are faced with one that can pose a direct danger to the life and survival of the affected person. This is because those who suffer from this phobia will avoid going to hospitals and medical services, something that could make them not seek medical treatment in dangerous conditions, such as heart disease, trauma or infection among many others.

While it is possible to call a doctor and have him or her come to your home, in many cases you may need instruments or technologies that are not easily transportable, or a sterile and watertight environment. And some people may even avoid this option because of its association with the medical and hospital context.

In addition to their own survival, it can also have repercussions at the socio-affective level: there will be difficulties in visiting people in their environment who for some reason are in hospital, attending births or births, or saying goodbye to loved ones in their final moments. It is also possible that the fear of being infected with an illness that leads them to the hospital may result in the avoidance or rejection of ill persons even outside the centre. This can lead to quarrels and misunderstandings on the part of the environment and society.

The causes of nosocomephia are not completely clear and are usually not found in a single element but in a cluster of variables, and has a multicausal origin . However, different hypotheses can be made about this.

First of all, it should be borne in mind that hospitals are establishments where people with health problems go in order to be cured or to find out what is wrong with them. It is also a place where people sometimes spend their last moments before dying. We all know this, and it is an idea that can be transmitted socially. In this sense, one of the possible explanations would be that the centre or that which reminds us of it on a cognitive level has been conditioned by a stimulus that is in itself aversive: pain and suffering .

This same principle also explains the fact that in the case of phobias of doctors, blood, damage, injections or disease, or even germs, it is possible that sometimes the fear of such stimuli can become generalised and condition our response to the centre in question. Thus, a stimulus that is initially neutral (the hospital itself), is related to what terrifies us (harm, death or other phobic stimulus) and ends up provoking a conditioned response of fear and anxiety in us.

Linked to this hypothesis we can state that another possible explanation can be found in the experience of anxiety-related situations in the past within a medical or hospital context : the experience of illness and death of a loved one, the diagnosis of a serious illness, a long hospitalisation in childhood, a painful medical treatment or test (for example chemotherapy)… These situations can generate great discomfort and can trigger anxiety towards the environment in which it occurred. This would be a conditioning of the response, as in the previous point, although in this case derived from past experiences.

In addition, it should be borne in mind that we are dealing with a type of phobia that is mainly linked to the idea of damage. In this sense it is a phobia whose origin, just as it can happen with others like the phobia of spiders or snakes, can have a biological meaning.

As Seligman’s theory of preparation proposes, some phobias may have been inherited at a phylogenetic level since in the past avoiding such stimuli protected us and served to survive as a species. Although it may not be a direct case, we must take into account that there are cognitive factors that can link hospital with damage: although we may go to hospital to be cured, deep down this fact implies that we are suffering from some evil, which at a cognitive level can be difficult to accept.

Another possible cause can be found in the existence of concern or fear of losing control over oneself: in the hospital you become a patient, a passive being who is subjected to the criteria of another human being with power of decision over us.

Treatment of fear of hospitals

Treating nosocomphobia in those who suffer it is highly recommended, due to the profound effect or even risk it may have on their lives. Fortunately, there are different alternatives that allow us to successfully treat both these and other phobias.

The first and most successful of these is exposure therapy . In it, a series of objectives and a hierarchy of stimuli or situations that generate anxiety are established between the professional and the patient. This hierarchy will be ordered according to the degree of anxiety it generates, and in a structured way and little by little the subject will be exposed to each of the items or stimuli (starting with intermediate levels) until the subject sees his anxiety reduced until it disappears or becomes controllable.

This technique is usually used live (in reality), but if it is not possible it can be used in imagination (in which although it has less effect it has also shown some utility). It is also possible to use exposure in virtual reality, generating a virtual environment in the form of a hospital or surgery in which the subject is exposed to various stimuli in a highly controlled way (although generally somewhat less effective than live exposure, it is effective and could even serve as a preliminary step to live practice)

There is also systematic desensitization , whose main difference with the previous one is the fact that in the second one, instead of waiting for anxiety to be reduced, the performance of an activity incompatible with it is considered, such as relaxation exercises.

In addition to exposure, it is necessary to take into account that in nosocomephobia there can be very powerful cognitive factors that mediate or include are at the base of the anxiety felt.

In this sense, it can be of great interest to carry out different cognitive restructuring techniques in which aspects such as beliefs about what a hospital is, the evaluation of the real risk it involves, the link between hospital and pain, possible cognitive biases or dysfunctional beliefs or the fear of loss of control or health and what such loss could mean can be worked on. Stress management, self-esteem or perception of control training can also be strengthened and undertaken.

Finally, the practice of relaxation techniques can be helpful in reducing the anxiety felt before exposure. Sometimes the use of tranquilizing drugs can also be useful, although some of the reasons that may lead us to need to go to a hospital may require the non-use of drugs.