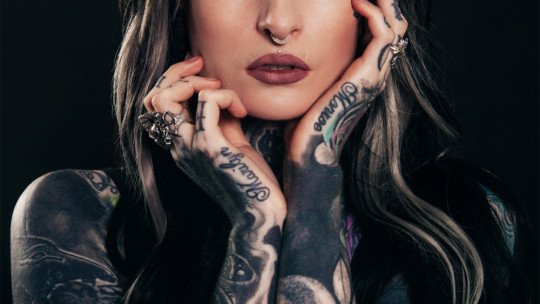 We live in a time when external image is so important that it has come to condition our lives. The obsession with beauty is nothing new ; however, in a hyper-connected world, social networks and television have boosted this concern for maintaining a physical perfectionism that is worrying in terms of both its social and psychological impact.

In a world where we are subjected to an incredible amount of stimuli every day (advertising, series, publications on social networks, etc.), the lack of time must be compensated for by ways of filtering what interests us. And what is the fastest way to do this? By judging aesthetics, appearances. Hence, the obsession with beauty has become a kind of parasite that directs our goals and motivations both individually and collectively; we both feed it.

What is meant by an obsession with beauty?

At Northwestern University they have determined that the obsession with beauty has become a kind of social disease , something similar to a psychological disorder. Specifically, they have noted that women suffer such pressure from their external image that they are statistically more likely to think obsessively about their image compared to that of others.

In the words of Renee Engeln, professor of psychology and director of the Body and Media Lab department, this obsession with beauty makes women invest all their energies in pretending to be what they are not and pleasing the public , instead of focusing on other goals such as professional or intellectual development, to cite a few examples.

The image and aesthetic products industry are, to a large extent, responsible for the obsession with beauty. Feminist groups and organisations, as well as researchers, claim that this type of business distorts women’s perception of their physical beauty .

According to some sociological studies in which Renee Engeln herself has participated, 82% of adolescent women spend a lot of time comparing their bodies with those of models and celebrities . On the other hand, 70% of women in adulthood claim to feel better valued and considered when they have made an effort to look like these media models.

Within this same group of women, different conclusions have been drawn. Women obsessed with beauty are much more likely to present symptoms of depression, eating disorder and great desire to undergo surgical operations to change their image.

Another fact that reinforces the concern for beauty and perfection is that on average, women have up to 35 different beauty products at home, and they invest no less than 50 minutes a day to prepare themselves before going out.

The obsession with beauty: a barrier to equality

Renee Engeln goes beyond that and brings the problem into the social sphere. When we carefully analyze what any woman dedicates part of her time and economic resources in “being beautiful” versus what the male sex invests in the same thing, we locate a problem of gender and equality between both .

When the woman of time consumes an hour of her work to do her hair and make-up and the male partner spends only ten minutes, you have to stop and ask yourself: what’s going on here?

Does this problem affect men?

It would be very simplistic and hypocritical to say that beauty problems only affect women. Men are also concerned about their appearance, are pressured to look good and are conditioned by some stereotypes.

Now, if someone thinks of comparing the level of obsession with beauty, he or she will realize that there is a big gap between the two sexes . And this is very easy to measure; you only need to compare the number of plastic surgeries that women undergo with that of men.

When we find that 80-90 per cent of women undergo high-risk surgery for life and health, compared to 20-10 per cent of men, there is no doubt that this problem affects women unequally.

Is there a solution to the problem?

It’s a difficult question to answer. The real problem is that the obsession with beauty is a cultural problem . It is not a physical pathology, nor a simple wrong choice made individually. To solve this problem would not consist so much in changing the routines of the person who suffers this obsession; it is necessary to transform the culture and reject this absurd idea of feminine perfection, of the idea of the angelic princess. One can “kill” the messenger, but one cannot kill the message.

Clearly, there is a solution, but the problem must be fought at its roots, with education and raising awareness in society as a whole. As with other problems of a psychosocial nature, change can be brought about by making some small gestures, small actions. If many people join in these small changes, a cultural shift can take place, a shift in values and ideas.

How do you start with these changes? Both on an individual level (stop fighting to see yourself less than the others, less attractive than the actress in the film) and on a collective level (publicly rejecting the use of the role of “flower woman”, for example). We must change, above all, the way we talk, the type of conversation.

As it has been said from the beginning, the obsession for beauty is exaggerated in social technological media (social networks) such as Instagram, Facebook or Tweeter. Before posting a photo and seeking public acceptance, we must ask ourselves why we do it .