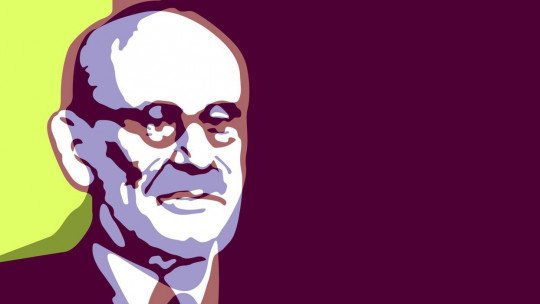 We talk about obsessive neurosis to refer to a mental disorder linked to nervous type tensions and psychic problems of different nature. It was Sigmund Freud, the famous Viennese psychoanalyst, who first described it.

What is obsessive neurosis?

Freud described obsessive neurosis as a psychic disorder whose sufferers are constantly preoccupied with thoughts that do not interest them.
The type of thoughts that these patients suffer are of a content that generates rejection, which can lead them to have undesired behaviors.

Much has been written about the difficult detection and treatment of obsessive neurosis, as its symptoms can go unnoticed in many sufferers.
But what are the people who suffer from this condition like? They are often said to be perfectionists. Their thoughts can dominate their behaviour and mood, so they may engage in repetitive and compulsive behaviour to try and manage their discomfort.

This is a term no longer used in modern clinical psychology. It does not appear in either the DSM or the ICD. Obsessive neurosis is, however, a very important construct in the history of psychopathology.

In this article we will know the definition of this disorder, as well as its symptoms, causes and possible psychological treatments.

History of the concept

The French psychoanalyst Henri Ey conceptualizes obsessive neurosis as the inability to control the compulsion of feelings , ideas or behaviour. This makes the affected person subject to the control of this type of neurosis.

Although DSM-IV does not consider obsessive neurosis as an independent psychopathological entity, the different characteristics of the disorder have been treated, although with very different nuances from those proposed by Freud or those previously described by Henri Ey.

In contemporary diagnostic manuals, obsessive neurosis is integrated among anxiety disorders. Thus, the set of symptoms corresponds to OCD, or obsessive-compulsive disorder.
OCD is a disorder in which there are compulsions and obsessive thoughts that the affected person recognizes as irrational and not very adaptive. These symptoms generate a remarkable restlessness and patients usually present compulsive behaviors, rituals, etc.

As we can see, there are significant differences between the disorder initially described by psychoanalysis with the term obsessive neurosis and the psychopathology currently described in the manuals, under the name of OCD (obsessive compulsive disorder).

The symptoms and characteristics of obsessive neurosis derive from the psychological and cognitive alterations suffered by the patient. Obsessive thoughts flood the mind of the affected person.

Let’s see what kind of thoughts suffer those affected by obsessive neurosis.

Obsessive phenomena arise continuously in the psyche of the affected person . This can take the form of uncontrollable feelings of guilt, of verification, obsession with order and cleanliness…

These recurring ideas often represent a problem and a constant concern for the patient.

3. Other psychological and affective disorders

This disorder is often accompanied by other emotional and affective affectations . Symptoms such as abulia, a sense of unreality, confusion, strangeness or perplexity are very common among those affected by obsessive neurosis.

What are the most common symptoms of obsessive neurosis?

Studies on obsessive neurosis have revealed that it is a multicausal psychopathology (that is, that it may be due to different causes). It seems that there are a number of factors that, together, may lead to the appearance of the disorder.

The symptoms associated with obsessive neurosis have been shown to be related to several neurochemical imbalances.

It appears that dysfunction in the orbital-front-caused circuitry may be a common factor in the development of the disorder.

Another hypothesis proposes that certain abnormalities in the striatum and the facilitation of serotonin transmission in the orbitofrontal region may also be risk factors.

There may also be a number of environmental factors that can lead to the emergence of this disorder. Individuals who have experienced situations they could not control are more likely to suffer from obsessive neurosis.

For example, childhood trauma, being a victim of neglect or sexual abuse, living in a broken home, and being exposed to high levels of stress can also lead to the emergence of this psychological illness.

As with many mental disorders, obsessive neurosis has also been reported to have a large genetic component.

This has already been seen as in some families it is easy to detect several members with this condition. Having a family history of obsessive neurosis is also a risk factor for developing the same disorder.

The usual symptoms of obsessive neurosis can be treated from two different approaches (and complementary in many cases): pharmacological and psychological treatment.

In terms of drug therapy, the most effective drugs are tricyclic antidepressants and selective serotonin reuptake inhibitors. This type of pharmacological intervention allows the clinical picture to be stabilised, although psychotherapeutic support is usually required.
In this respect, cognitive behavioural therapy is the most effective form of psychotherapy and is often best complemented by inhibitor intervention.