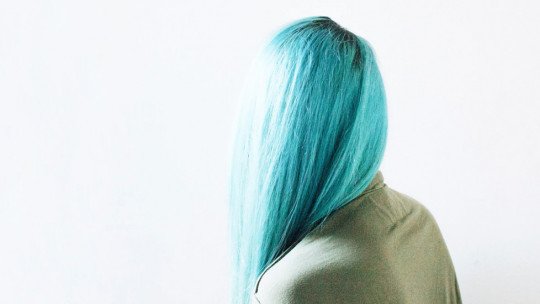 Throughout life there are numerous situations that are capable of trapping our mind in a loop that seems eternal.

Recurring thoughts, unjustified anxiety about phenomena that constantly attract attention… These are characteristics of the obsessive personality , which, although in itself is not pathological, is statistically associated with Obsessive-Compulsive Disorder and certain anxiety problems.

Psychologically, the concept of obsession refers to the presence of an idea, belief or mental image that interferes recurrently in the person’s state of consciousness and makes his or her thinking go “on track”. In other words, obsessions limit the spontaneity with which one acts, since they go hand in hand with a thought loop that feeds back on its own effects.

Rumination, which is precisely this vicious circle of mental processes, is a phenomenon that goes hand in hand with obsession. Moreover, the consequences of this are usually an increase in punctual stress and anxiety, as well as the premonitory beliefs about the future new appearance of these obsessive thoughts.

The 10 Habits of Obsessive Personality

But… what are the signs that give away the existence of an obsessive personality? To do so, we must look at the habits that arise in everyday life . The main ones are the following.

1. It is constantly planned

Obsessive people tend to spend much more time making calculations or estimates about what may happen in the future, in order to keep alive the idea that they have everything under control .

The obsessive personality needs to rely on moments of escapism so as not to have to constantly endure the anxiety of always having to be in charge of what is happening. Weekend escapes, long games or simply periods of isolation are usually statistically more common in these people.

3. Use of Dichotomous Thinking

The obsessive personality is based on a style of thinking that is very categorical and that distinguishes radically what is right from what is wrong. That is why a lot of concern is put into doing things right, since in case of failure there are no nuances that allow to cushion the unpleasantness of that experience.

These people always have in mind the idea that, if you don’t act proactively, things tend to go wrong, and the strange thing is that they go right without even trying. That’s why always put a lot of pressure on human actions , either of others or, in many cases, only on their own.

5. Avoiding the option of delegating

The obsessive personality is controlling and therefore often goes hand in hand with a characteristic habit: it does not delegate itself, and there is a clear preference for doing the important things oneself. Leaving things in the hands of others would imply running a risk that for some is too high , and that is why it is preferable to have a conscious control over what is happening, even if that option is more tiring.

Those with obsessive personalities tend to seek acceptance from others to a somewhat greater degree than the rest of the population. Unlike what happens with narcissists, this does not have to do with the need to maintain a very idealized and inflated self-image, but with the need to believe in one’s own capacities so as not to feel weak in the face of everyday problems.

Having a bad public image means having a mirror in front of us in which our capacities are questioned, and this makes it easier for concerns about what may happen to us to assail us.

7. Defending the value of justice and order

This kind of person prefers order to the unpredictable and spontaneous, since the second option generates more uncertainty, worries and, consequently, obsessive thoughts that wear us down psychologically. This is also reflected in their way of exteriorizing their ideals , although this does not mean that they should be conservative; they simply defend the idea of basing relationships on well-established pacts whose violation entails compensatory consequences.

Some people with this type of personality show stereotypical actions in their day-to-day lives, without becoming so severe or invasive that they are considered a symptom of OCD. They are a way of giving structure to what is being experienced , making each moment be experienced as something connected with the others and there is a feeling that everything that is being experienced is integrated into a unity. However, most of these actions are involuntary and almost automatic.