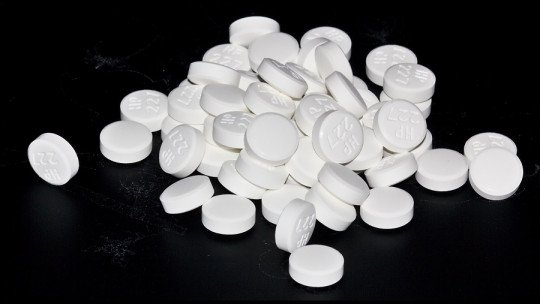 Moods of marked sadness most of the time, inability to enjoy, hopelessness, lack of energy, sleep problems, and even suicidal thoughts are some of the typical symptoms of depression or conditions where depressive symptoms exist.

This is one of the most frequent mental disorders, which generates a high level of suffering and can be highly disabling.

But fortunately there are various treatments that allow us to fight these symptoms, such as the use of antidepressant drugs. And although the goal of most of them is the same, to fight the depressive symptoms, they can differ greatly in the way they seek to achieve it. An example of this with an unusual mechanism of action is opipramol , which we will discuss throughout this article.

Opipramol is an antidepressant and anxiolytic type of psychoactive drug , which by altering the brain chemistry and specifically the systems of certain neurotransmitters, fights the typical symptoms of depressive episodes and anxiety.

Within this large group of drugs, opipramol is structurally part of the group of tetracyclic antidepressants (in fact, structurally it is very similar to imipramine), although its functioning is very different in the body.

This drug, developed in 1961 by Schindler and Blattner, is not yet approved or marketed in the United States but has been approved and is used in parts of Europe. It is mainly marketed in Germany and Poland.

It has a two-phase effect, first causing an increase in the levels of tension and anxiety and then generating an elevation of the state of mind and with time a reduction in the level of anxiety and tension .

It is absorbed at a gastrointestinal level and has a half-life of between 6 and 11 hours, being metabolized by the liver and eliminated through the kidneys. It is possible to find a presentation in tablet form for oral administration.

Opipramol is an unusual psychodrug among antidepressants, since unlike most of them it does not base its functioning on blocking the reuptake of monoamines such as serotonin (something that would cause serotonin levels to increase in the brain by not being reuptake by the presynaptic neuron and remaining in the synaptic space).

Instead, opipramol acts as an agonist for sigma receptors (i.e., it acts by triggering activation of the receptors), which are theoretically linked to the promotion of calcium ion release and inhibition of potassium ions.

The drug has a particularly relevant effect on sigma 1 receptors, an activity that is primarily responsible for the antidepressant effects of opipramol when modified. Although with less affinity, it also has an effect on sigma 2 receptors, which are more associated with its anxiolytic effects.

In addition, opipramol has an important antagonistic action with the histaminergic system, so its anti-histaminergic action may have sedative effects and generate some side effects . It also has a mild affinity for dopamine, serotonin and even more mildly for acetylcholine.

Although it is not part of its approved indications, its usefulness in the treatment of various types of dementia, psychosomatic problems or in schizophrenia has also been investigated.

The consumption of opipramol, as with other psychotropic drugs, can cause undesirable and/or annoying adverse and side effects (although some studies seem to indicate that this is less than some SSRIs).

These include a high level of sedation, fatigue and drowsiness, especially in the first weeks of consumption, along with dry mouth, hypotension, dizziness, tremors, or hives. It can also cause stupor, weight gain, sexual symptoms such as erectile dysfunction or abnormal ejaculations or palpitations and tachycardia.

Although less frequently it is possible that it generates headaches, paresthesias, urination problems, taste alterations, edemas, coronary problems and even in some cases psychiatric symptoms such as the emergence of manic episodes and hallucinations.

Liver damage, alopecia, court crises or polyneuropathy have also been seen. If an overdose occurs, it can lead to insomnia, coma, convulsions, respiratory depression and even cardiac arrest, among others.

The possible side effects of this drug and the way it affects the body may make its use dangerous or contraindicated for some people. In this sense, the first thing that stands out is the contraindication for all those who are allergic to this drug or its components.

Another important contraindication is in those with heart, kidney or liver problems . People with epilepsy, brain damage, or cerebrovascular failure should also use great caution and not use it. It should also be avoided by patients with glaucoma, urinary problems such as urinary retention, paralytic ileus (paralysis of the intestinal muscles) or prostate hyperplasia.

Patients with bipolar disorder should be very careful , because cases have been seen in which the consumption of the drug has been associated with the emergence of manic episodes. Pregnant and nursing mothers should also avoid taking the drug, as it may be transmitted to the fetus or infant through breast milk.

It is important to avoid its use with alcohol , MAOI antidepressants or other depressant substances.