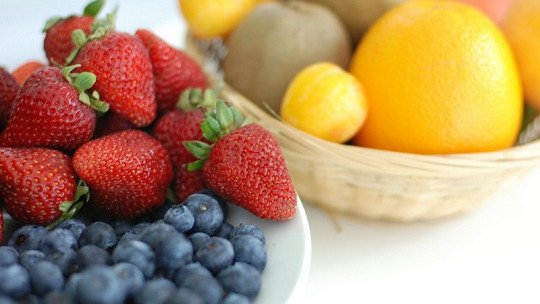 “Does his eating isolate him from others”,

“Do you feel guilty when you eat something not allowed by your dietary convictions”,

“Do you care more about the quality of the food than the pleasure of eating it?”

If you have answered yes to at least one of the above questions, you can be considered a candidate for healthy food addiction ; a new eating disorder born from contemporary ecological culture. This concept is known as ‘ Orthoexia ‘.

This disorder, increasingly evident in Western societies (concerned lately with the consumption of under-processed food; an example is the so-called Paleodiette ), was designated by the American physician Steven Bratman.

Bratman, who suffered from this disorder, describes a type of obsession with consuming foods that the affected person considers healthy (organic, vegetable, no preservatives, no fat, no meat, or only fruit), or with consuming only foods with a specific form of preparation (only raw foods, only steamed or grilled, etc…) rejecting all those that cannot be included in these categories. In this disorder, the precipitating factors are obsession with diets, body cult and fear of food treated with artificial products .

More and more people are concerned about eating healthy, chemical-free food, and at first, this may seem like an appropriate behavior that will be beneficial to the practitioner. However, it can become a serious problem and have serious repercussions on quality of life and health. When this normal behaviour becomes an obsession, that is when we can talk about orthorexia.

The desire of orthorexic people to achieve physical beauty through diet is inevitably reminiscent of other eating disorders such as anorexia and bulimia. The difference between anorexia and orthorexia is that the former is related to the amount of food eaten and the latter refers to the quality of the food taken.

Who is affected by orthorexia?

Anyone can develop this pathological inclination, these are the groups of people most likely to suffer from orthorexia:

Also are more likely to be women and young people and, in general, all those excessively concerned about their physique, since the decision to eat “only healthy foods” is often associated with achieving and maintaining a good body image, factors that could lead to orthorexia.

According to Bratman, orthorexics think that they will get great physical and psychological benefits from their eating behaviour , and this may lead them to a dependency on healthy food similar to that which other addicts have with drugs. In addition to the benefits they hope to gain from healthy foods, orthorexics also seek to avoid hidden threats in rejected foods, such as anisakis , salmonellosis , or mad cow disease, and in this sense his attitude is similar to that of a schizophrenic, who fears being poisoned, or a hypochondriac, who thinks he can contract a disease if he does not take the proper precautions.

An obsession with health… that can backfire

Rejecting fats, additives, artificial substances, or vegetables and fruits cultivated with pesticides or of transgenic origin and chemical fertilizers is not bad (since the more natural, the better), orthorexics even exclude from their diet nutrients necessary for the correct functioning of the organism because they are found in foods that are considered inadequate. This can lead to: anemia, vitamin and mineral deficiencies, malnutrition, osteoporosis, increased incidence of infections due to decreased immune system function, lack of energy, etc.

But not only can orthorexia have negative consequences on health, in most cases it also affects their daily and social life . By limiting the food allowed, the daily menu becomes a real problem as it has to be planned and prepared in advance. Moreover, as the affected people also need to be sure that the products used in the kitchen are appropriate (even the utensils and containers of the food have to be made of a specific material), they cannot eat out, neither in restaurants nor at the house of relatives or friends, unless they follow the same rules when preparing the menu.

If we consider that eating is a very social act that accompanies many celebrations (birthdays, weddings, anniversaries, Christmas parties, company meetings…) and everyday moments (eating with friends and family), considering most foods harmful, prevents people with orthorexia from enjoying any of these occasions, which leads them to social isolation.

Moreover, although they can occasionally afford to break their own rules and manias, they tend to feel a sense of guilt that makes them very uneasy. Here we see how orthorexia is a serious problem of anxiety that accompanies them in their daily lives, and although may seem to be a minor eating disorder, it can be as dangerous to their health as anorexia.

How do you know if you have orthorexia?

Bratman established a series of criteria to determine which behaviors or attitudes towards food could indicate the presence of this type of obsession and thus be able to detect whether someone may be suffering from orthorexia. Some indicators are:

For the treatment of this eating disorder, the collaboration and good predisposition of the patient towards the treatment is fundamental, although in these cases it is easier than in the case of other more serious eating disorders such as anorexia, since the patient’s attitude towards food is not due to the desire to lose weight, but to be healthier. Since a person with orthorexia is most concerned with a healthy diet, a balanced menu should be established first. To do this, the most recommendable thing is to go to a professional, such as a dietician or an endocrinologist.

After this step, the ideal is psychological therapy, since psychological recovery is more difficult than physical recovery , since it requires a great deal of work on the part of the patient and the behaviours that the person has adopted during the time of the disorder must be modified, as well as obsessive thoughts, social isolation and changes in mood.

Cognitive-behavioral therapy can help orthorexic people to modify their behavior and improve or reinforce their self-esteem, since it is essential to correct the distorted vision about the damages of certain foods.

As in the case of any eating disorder, also in the case of orthorexia, the ideal way to avoid them is prevention, instilling healthy habits in children and familiarizing them from an early age with the foods that should be part of a balanced diet. You can also explain to the children the nutrients they provide, what they are for and why it is good to take them. On the other hand, it is important to minimize the negative effects that fashion or advertising have on their view of the world, and that the “manias” of adults about food are not transmitted to children.

FOOD IS ONE OF THE GREAT PLEASURES OF LIFE

AND SHOULD NOT PROVOKE ANXIETY OR STRESS IN ANY WAY!