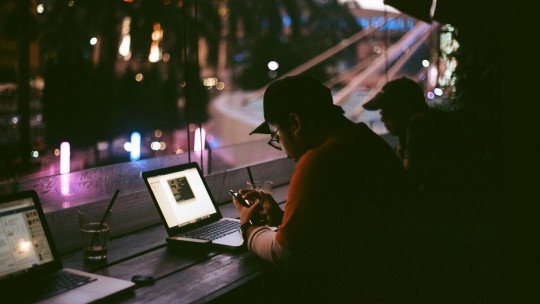 Work and mental health are related, because work brings many benefits to people: it gives meaning to our lives, it provides economic stability… Although it is a source of wellbeing, overwork can be harmful to our organism as many studies claim. It can cause, among many phenomena, what is known as burnout or burn syndrome.

However, overwork can lead to death . Today we will talk about a recent case in which a person died because of working too many hours.

The negative consequences of working

Work is health, because in the world we live in, it is necessary to earn a minimum of money in order to survive. Besides, if we dedicate ourselves to what we like, work can be a source of happiness.

However, overwork has harmful consequences for people’s health. But how does it affect us? Work can cause both psychological and physical problems . The most important ones are the following.

Stress is one of the most common problems that can arise from overwork. This does not mean that this phenomenon cannot appear due to other phenomena in organisations that are not related to the workplace (e.g. bad relationships with colleagues). However, overloading and overworking can cause a worker to end up suffering from stress.

When the stress becomes chronic, what is known as burnout syndrome appears, because when the stressors do not disappear, the person ends up melting down.

Overwork can also bring sadness and depression , because we spend too much time doing work tasks and not being able to enjoy time for ourselves. It also takes us away from social relationships and, at the same time, causes us to have less time to enjoy life. If we don’t enjoy our life we are not happy.

Overwork and the resulting stress can cause sleeping difficulties, not only in terms of quantity but also in terms of quality. Sleep is health, so we advise you to follow the advice given in this article: “10 basic principles for good sleep hygiene”.

Among the problems resulting from overwork we can also find substance abuse . Because when a person is on the edge, he or she may decide to escape from reality by using drugs such as alcohol and other drugs.

Overworking can cause death

Working too hard not only causes these consequences, but can also lead to death. Only a few days ago we learned of the case of a Japanese woman who died due to the amount of overtime she was putting in. After her death in 2013, the company she worked for confirmed that her death was the result of long working hours and lack of rest.

The deceased was a 31-year-old journalist who was employed by the Japanese television station NHK. This is a new case of death from overwork in Japan, so it is not the first.

Miwa Sado, who was the journalist’s name, worked 159 hours of overtime and only had two days off in the month before her death . This led to congestive heart failure, according to her autopsy results and as reported on the Japanese public broadcaster.

The situation in Japan should be reviewed

The employment situation has become more precarious in some countries such as Spain, but Japan’s model of society is even more extreme. During this critical period of work, the one that led to her death, the journalist covered the elections of the Tokyo Government and the Upper House of Parliament.

NHK has regretted what happened and has decided to change the company’s policies. With this, he intends to prevent what happened from happening again.

However, excessive overtime is not uncommon in Japan, which in 2016 produced a report stating that almost a quarter of the workforce was working more than 80 hours of overtime per month.

Only a few months ago, the government of this country approved an emergency package of measures aimed at preventing further cases like Miwa Sado’s. In this country, in the year 2015, at least 2,159 people committed suicide. Of these, 675 decided to end their lives due to exhaustion , according to the Ministry of Labor of Japan.

Hikikomori, a disorder characteristic of Japan

Japanese culture is very demanding, and the psychological problems of the inhabitants of this country are very frequent. Overwork is very common in Japan, but so is the demand on most areas of Japanese life, such as education (even at an early age).

One of the most talked about disorders in recent years is Hikikomori. If you want to know what it is about, you can read our article: “Hikikomori: young people permanently locked in their room”.