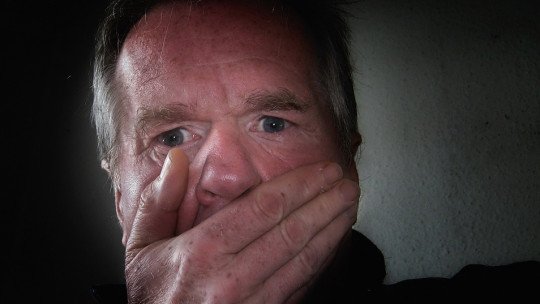 We’re all afraid of something in this life. In some cases, this fear even takes the form of a real phobia that can more or less limit us and that can be directed towards some concrete stimulus or not. Spiders, heights, blood or injections, public speaking, closed spaces, airplanes or the impossibility of being helped if we have an anxiety crisis are some typical examples of phobias.

But now let’s imagine that we were afraid of everything. That we were constantly afraid that something would happen. This is what happens to those people who present panophobia or omniphobia .

Panophobia or omniphobia is understood as a somewhat particular type of phobia. In fact, it can be considered one of the strangest types of phobia. Phobias generally refer to a high level of fear or panic about a particular stimulus or type of stimulation that is recognized as irrational and disproportionate to the level of actual risk posed by the stimulus in question. The presence of the stimulus in question generates a high level of anxiety, to the point that the subject avoids situations in which it may appear and flees from its appearance.

However, although in panophobia we find the above reactions, the truth is that there is no specific stimulus that causes them . Or rather, everything becomes phobic. We would be facing a sensation of panic and continuous and vague terror, without a fixed object to explain it, which remains continuous in time.

It is also possible to observe a fluctuation of fear between different stimuli, some becoming more phobic than others depending on the situation. Panophobia is not currently listed as a phobia in diagnostic classifications such as the Diagnostic and Statistical Manual of Mental Disorders (or DSM) or the International Classification of Diseases (ICD), but could fall into the category of other unspecified anxiety disorders .

Interference in daily life and the body

If already a specific and concrete phobia can become very disabling, it is clear that panophobia brings a high level of suffering, frustration and fatigue to those who suffer from it. It also has the potential to cause disruption in all areas of life: people may be afraid of everything they perceive, both from the outside world and from within themselves, and they tend to suffer from continued anxiety and isolation. Family, friends, work or leisure are very limited, and the people around the subject may not understand the person’s situation.

It is common for depressive symptoms, low self-esteem and self-concept and different somatic alterations to appear over time. On a physical level, the presence of tachycardia, accelerated cardiorespiratory rhythm, sweating, gastrointestinal discomfort , vomiting, headaches, dizziness and fainting are common (as occurs in other phobias of phobic stimuli). It is necessary to take into account that this level of continuous agitation can be harmful to the body, exhausting our resources and making it difficult to concentrate and maintain energy.

The causes of this disorder are not entirely known, and panophobia is also very rare and there are few studies on it. However, it could be considered the hypothesis of the existence of a high level of basic brain excitability, especially in the limbic system, which could have interacted with the presence of multiple traumatic experiences. With the passage of time, the fear generated by this interaction would become generalised to the majority of stimuli , or even capturing reality as something dangerous in its entirety.

Also the conditioning and learning of extremely insecure parental models with a very high level of anxiety and fear on a continuous basis, or with little ability to provide feelings of security or affection to the child, can contribute to this fact.

Relationship to other psychiatric disorders

Panophobia has often been linked to a number of well-known psychiatric conditions. In fact, it is often identified (although not exactly the same) with generalized anxiety disorder or GAD, in which there also appears persistent agitation and permanent anxiety in the face of day-to-day concerns that the subject cannot control and fears to anticipate (often giving it excessive importance in relation to the possible future).

Another disorder with which it has been closely linked is schizophrenia , and this fear of everything can appear over time both in patients with impairment and in those with a high level of agitation. It is usually a rather secondary and not a defining symptom of the disorder.

Finally, it has also been related to borderline personality disorder, characterized by an intense and overwhelming emotionality, highly labile and in which those who suffer from it have great difficulty managing their emotions. A common symptom is the presence of chronic feelings of deep emptiness, as well as despair at the idea of being abandoned and the implementation of different behaviors to avoid it, delusional ideas and aggressive and self-injurious attitudes.

Given the above characteristics of panophobia, its treatment may seem more complicated than that of other phobias. But this does not mean that it is not possible to combat this problem.

As with other phobias, exposure therapy becomes a really useful technique . However, there is a difficulty: the establishment of an exposure hierarchy. In this case the phobic stimulus is non-specific and in many cases patients are not able to determine what they are afraid of. While we generally focus on one type of phobic stimulus, in this case it is much less likely. So in this type of phobia what the subject in question should be exposed to is the sensation of fear in question, and the different fears he or she may be narrating can be applied.

In addition, systematic desensitization is very useful, in which the subject must learn to emit a behavior incompatible with anxiety or fear. If necessary, to facilitate the process and an extreme control of the conditions of exposure, virtual reality exposure can be used.

Cognitive restructuring is another of the most widely used techniques that can be very useful. Making explicit the subject’s beliefs about himself, about the world and about his situation and then trying to propose alternative interpretations and gradually integrating them into the patient’s psyche can allow for better self-control and, over time, a lower level of nerve activation.

Learning relaxation techniques is also important. In extreme cases it may even be necessary to use medication in order to control the level of physiological activation, although efforts should be made to explore the origin of this fear and to carry out therapies such as those mentioned above.