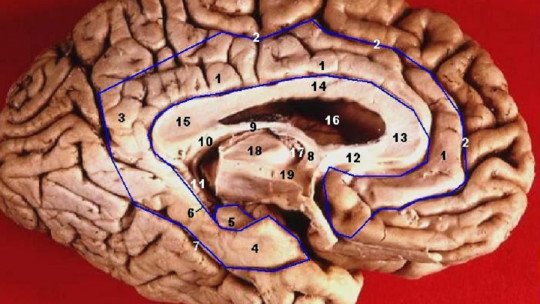 Papez’s circuit refers to a series of structures in the brain related to the processing of emotions, memories and learning.

What we know today by limbic system was a theoretical model that was developed over the years and the contributions of different scientists in order to establish the basis of the functioning of human emotions.

In this article we explain what this circuit consists of and what its structure is, as well as its main authors and contributions.

What is the Papez circuit?

The Papez circuit defines a set of brain structures located in what we know today as the limbic system and involved in the management of emotions, memory and learning. It was proposed in 1937 by the American neurologist, James Papez, with the aim of theorizing a neuroscientific model capable of explaining the functioning of human emotions.

Papez postulated the existence of a set of serial connections linking the hippocampus with the hypothalamus, thalamus and cingulate cortex, and these back to the hippocampus . Although the model involved what Paul Broca called “the limbic lobe” (which included the olfactory bulb, the cingulate gyrus and the hippocampus), it also included other subcortical structures within the diencephalon.

This model addressed emotions as a function of the activity generated in the cingulate cortex. According to him, the projections of this region towards the hypothalamus and the mammillary bodies would allow the cortical regulation of emotional responses from top to bottom and the thalamocortical pathway would be responsible for converting sensations into perceptions, feelings and memories.

It should be noted that, although Papez took virtually all the credit, his theoretical model was based on previous research by the German physician and philosopher Christofredo Jakob , who developed a theory of the limbic system and the central mechanisms of emotional processing many years before the circuit was attributed to Papez (later his contributions were recognized and the circuit was called “de Jakob-Papez”).

In 1949, the American neuroscientist Paul Maclean postulated a new neuroanatomical model of emotions: the triune brain , a model more in line with current knowledge. MacLean’s model took the ideas of Papez and those of Cannon and Bard’s theory, according to which emotional stimuli would be capable of provoking both the feeling of emotion in the brain and its expression in the peripheral nervous system; that is, emotion and reaction would occur simultaneously.

MacLean also integrated into his model the knowledge provided by the studies of Klüver and Bucy, who had shown that bilateral extraction of the temporal lobes in monkeys led to a characteristic set of behaviors that included, among other symptoms such as hypersexuality or increased exploration behaviors, loss of emotional reactivity. Studies indicated that the temporal lobes played a key role in emotional processing.

MacLean’s extended model divided the brain into three parts : first, the reptilian brain, the oldest in evolutionary terms and the one that houses primitive emotions such as fear or aggression; second, the mammalian or visceral brain, responsible for shaping primitive emotions and elaborating the more social emotions, would include many of the components of the Papez circuit; and third, the new brain or the neocortex, which connects emotions to cognition and exerts top-down control over the emotional responses driven by other systems.

MacLean’s essential idea was that emotional experiences implied the integration of external sensations with the information coming from the organism ; that is to say, the events of reality would provoke corporal changes. This integration would be responsible for generating the final emotional experience and the one who carried it out was the visceral brain, which he later called the limbic system.

Papez circuit structures and their functions

The Papez circuit included cortical and subcortical structures such as the hippocampus, the fornix, the mammillary bodies, the mammillothalamic tract, the anterior nuclei of the thalamus, the cingulate gyrus and the entorhinal cortex.

When the circuit was extended and reconceptualized as a limbic system, other structures were added such as the amygdalin complex or the orbitofrontal cortex. Let’s see what each one of them consists of:

A fundamental structure in the human brain, is involved in the consolidation of memory and learning .

A brain structure composed of white matter that originates in the hippocampus and which serves as a connector between various areas of the brain , mainly from the hippocampus to the hypothalamus and from one hemisphere to another.

Located at the base of the brain, they make the connection between the amygdala and the hippocampus , and participate in the processes of memory.

This structure connects the mammillary bodies with the anterior nuclei of the thalamus.

Located in the thalamus, they receive fibers from the mammillary bodies forming the mammillothalamic tract and are involved in processes that have to do with memory, learning and certain emotional behaviors.

It is a brain convolution with important functions within the limbic system , such as the formation of emotions and the processing of information related to behavior, memory and learning.

This structure is located in the medial temporal lobe and is involved in learning and orientation functions , with an important role in autobiographical and spatial memory.

Set of nuclei located in the temporal lobes with functions of processing and storing emotional reactions . They also seem to play an important role in modulating memory and in the response to sex hormones.

It is a brain region located in the frontal lobe and involved in cognitive processing: decision making and expectation formation .

The role of the amygdala

One of the best ways to understand the functioning of a brain structure is by studying and comparing patients with injuries and healthy subjects. As far as the amygdala is concerned, we know today that injuries to this structure can lead to alterations in the processing of faces and other social signals . And if the lesion is bilateral and deep, typical signs of Klüver-Bucy syndrome may appear, such as hyperorality, passivity or strange eating behaviours, among others.

We know that the amygdala is a structure involved in the conditioning of fear . In this sense, one investigation described the case of a man with a lesion in the right amygdala that showed a significantly decreased shock response to a sudden burst. The subject also appeared to become immune to fear conditioning.

In another similar case, one of the patients with bilateral amygdala damage was found not to respond to aversive stimulus conditioning. In contrast, another subject with damage to the hippocampus was able to successfully acquire fear-response conditioning, although he lacked an explicit memory of how he had acquired it. The latter would indicate that the amygdala plays a key role in the processing and conditioning of fear.

Finally, with regard to consolidation of memories, it has been confirmed that patients with amygdala damage do not show improved memory of the emotional aspects of an event or occurrence (compared to the non-emotional aspects). Studies with positron emission tomography show that elevated glucose metabolism levels in the right amygdala could predict the recall of positive or negative emotional stimuli up to several weeks later.